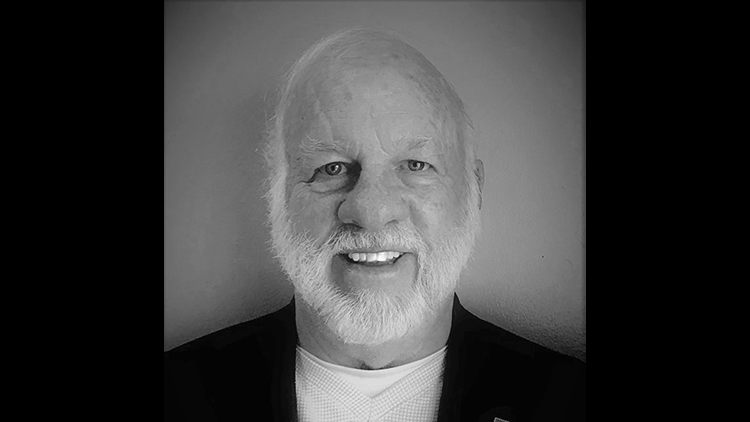 Dr. Dornan is a self described “hypochondriac,” and so was his mother, he says.​

So when he discovered a lump in his left breast, along with an inverted nipple on a Friday ten years ago, he knew he had to see his doctor that day.​

“Most men, unfortunately, when they discover an abnormality in their breast, it can go weeks to years, before they say something about it,” Dornan said. “From a look on the doctor’s face, I knew there was a problem.”​

​His doctor scheduled a mammogram.​

​Dornan said like many men he was embarrassed, especially when he was sent to get a mammogram at a medical facility which did not offer one.​

​"Not surprisingly, when I walked in, there were only women were sitting there. Timidly, I asked for a mammogram and they looked at me like I was from Mars. The nurse said, ‘We don’t do mammograms on males here.’ Mortified, I tucked my tail between my legs and I walked out of the office."​

​Instead, Dornan underwent an ultrasound and biopsy, which confirmed his fears.​

​He was diagnosed with Stage IIB invasive ductal carcinoma, which he calls ‘the worst and most common type of breast cancer.’​

​By Wednesday, five days after he found the lump, Dornan underwent a mastectomy.​

​"Some people say, ‘Wait. Go over your options.’ I wanted it done right away. Maybe because I’m a male and it wasn’t as big of a deal to remove a breast."​

​Chemotherapy was part of the treatment plan.​

​Dornan calls his diagnosis a “blessing and a curse.”​

​"There’s a ton of confusion out there. I didn’t understand the intricacies," Dornan said. “When you get a diagnosis, you’re inundated with medical professionals. Without a medical background, you’re spinning in circles and you have to make choices. It’s intimidating, but when you can see the forest through the trees, even a lay person can get the fundamental understanding so they can make an informed decision on what to do.”​

​That’s why seven years ago, Dornan wrote ‘How I survived Breast Cancer,' the first book about the male breast cancer journey.​

​Dornan says there will be approximately 5,000 male breast cancer diagnoses this year, compared to 357,000 for women.​

​As to why women are more commonly diagnosed than men, though the breast anatomy is very similar, there are hormonal differences.

“My gut feeling is it’s related to how hormones act on gene expression,”​ Dornan said.

​According to Susan G. Komen, “The Komen Scholars are an advisory group of 59 distinguished scholars and leaders in breast cancer research and advocacy. Each has made significant contributions to advancing the field or demonstrated significant promise of doing so in the future and all are committed to furthering Komen’s mission.”​

​Dornan has seen the work of Komen dollars first-hand and believes we are getting very close to seeing a cure for breast cancer. ​

​"Breast cancer treatment has changed dramatically in the last decade, " Dornan said. “We are now looking at the molecular characteristics of the breast cancer patient and generating very specific treatment options. Sadly, cancer can become treatment resistant. But with revolutionary new research, we are close to being able to look at each individual cancer and targeting it. That is the revolutionary stuff and we are seeing unbelievable successes right now with a lot of other cancers.”​

​Dornan also reviews grants for the federal government, and is astonished at the innovative proposals he reviews.

​Also disappointing, he says, is the lack of research and clinical trials that are focused on men. It’s part of the reason he began working with Susan G. Komen.​

​"Susan G. Komen is the second largest nonprofit grantor of research dollars outside of the U.S. government, and I knew they were absolutely focused on research, which is dear to my heart. I was once disqualified from participating in a clinical trial because I was a male and they didn’t want men in it. Komen opened up their arms to me and said, ‘Let’s get the word out.’

​"Where are the male studies? We can include men, too. We desperately need people to enroll. I once searched ClinicalTrials.gov, and there are thousands of hits for female breast cancer clinical trials. For males, it was just a handful. Don’t misunderstand, I’m not complaining, cause I’m still here. but because of a paucity of research on male breast cancer, all my treatments were based on a female breast cancer diagnosis," said Dornan.

​Dr. Dornan has visits scheduled at Toledo Public Schools and St. Frances DeSales High School during his time in Toledo.​

He plans to address how poverty and lack of resources affects breast cancer treatment. ​

​"It’s the saddest thing in the world. Where you live should not determine if you live. Poverty, lack of resources, and people of color should not have a higher death rate than white females. Diversity is incredibly important to Susan G. Komen and to me. In some ethic groups, it’s taboo to talk about this. It’s not an embarrassment. We need to educate people about where they can go.

​"Susan G. Komen has resources and specific programs. Some people can’t physically get there and they can’t afford it and they don’t have a car. You know what happens? They die. They have a diagnosis and not a dime to do anything about it," said Dornan.

​Dornan will also speak to survivors at the Findlay Survivor Breakfast and at the Rotary Club of Toledo.​

​"For women, it’s all about education. And, if men can realize if a sister or a mother had breast cancer, you are at a higher risk, even though you’re male. Have conversations," Dornan said. “If you’re a male, it’s easier to do self exams than females. Do the exams. Obesity and excess alcohol abuse are factors. We also need to give a segue for women, daughters and wives to generate conversations in families. It’s not a female only diagnosis.”​

​Dornan knows his outlook is uncertain, but considers himself and others more than survivors.​

​“I like the term, ‘warrior’ because you survive a plane crash. But the problem with this disease is anyone who lives with breast cancer knows there’s risk for recurrence every day. That’s why I call myself a warrior.”​

If you would like to donate to or learn more about Komen’s life-saving research, visit the Susan G. Komen Northwest Ohio website.