After winning her breast cancer battle, a Findlay woman is now fighting for others

Findlay's 2021 Race for the Cure is in celebration of Kim Peplinski. 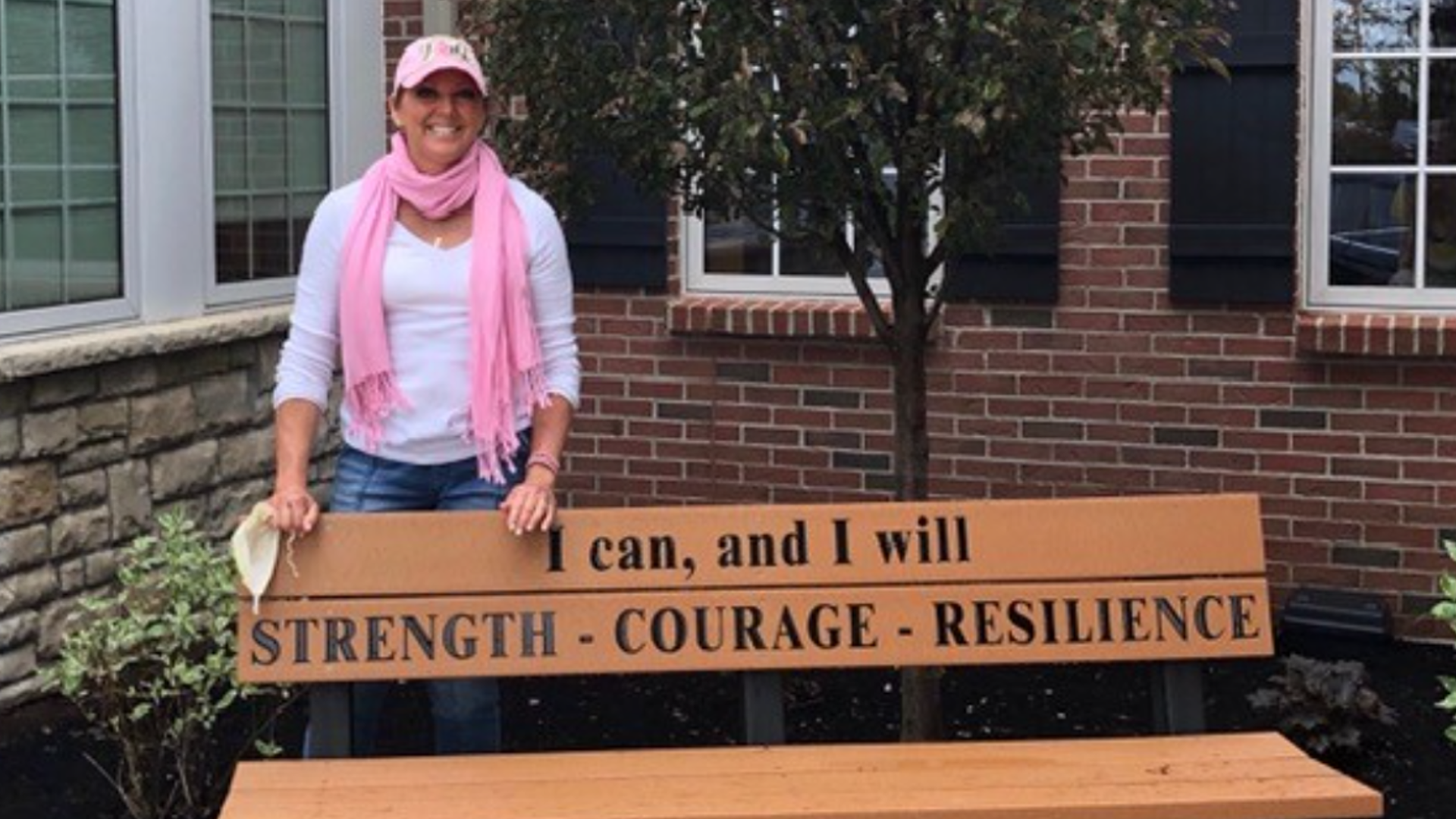 FINDLAY, Ohio — Getting a breast cancer diagnosis is some of the worst news you can get, but imagine having to deal with it during a pandemic, away from your family and friends.

That's what Kim Peplinski of Findlay had to go through.

Peplinski, a 54-year-old nurse for over 30 years at Wood County Hospital in Bowling Green, is used to focusing on others. She wanted to make sure she was indeed healthy.

"I was behind on my mammograms, and my mom had oral cancer, so I decided to start getting my health screenings," Peplinski said.

That decision changed her life.

"I got my mammogram and then they gave me the call and said, you know, it was bad news," she said.

It was Invasive Ductal Cancer, triple positive, an aggressive form of breast cancer.

"It just made me feel sick and numb, I just couldn't believe it. I thought I was healthy," Peplinski said.

"It all was just a matter of a few days, from finding out, to biopsy, to biopsy results and a plan of care," Pasztor said.

But, Kim had to face this battle at the worst of times.

It was February of 2020 when the world was about to shut down because of COVID-19.

Peplinski said her friends were going to come to chemo with her, but she had to go through that alone. Though she said, "the staff were great."

Her surgeon, Dr. Eric Browning, also gave her confidence that she could win this fight.

"He said, 'I have bad news and I have good news; and the bad news, is you have an aggressive cancer, but the good news is we have a drug now that will hammer the crap out of it,'" Peplinski said.

That drug was Herceptin.

She took time off from work and faced 12 weeks of intense chemotherapy, that she endured for four to six hours each time.

She lost her hair, but she loved wearing different hats while going through treatment.

She also wore KP KREW t-shirts and donated some of the money from sales to cancer patient services of Hancock County.

Peplinski also found she wasn't alone. She went through treatments with other people battling breast cancer.

She also went back to work as a nurse, to serve others.

Throughout her battle, one theme emerged for Kim: resilience.

"So you find out something, maybe a little bad news and then you move forward, figure out how to get through that little step," Peplinski said.

Kim got through the treatments and considers herself cancer-free.

BJ Pasztor nominated her, and the Findlay race will be "In Celebration of Kim Peplinski."

"I was a little embarrassed at first, but then I decided I should be proud and be an example to others, that you can beat it," Peplinski added.

While she won her battle against breast cancer, Kim's not done fighting.

"I have personal friends with metastases right now."

That means the breast cancer has spread to other parts of their bodies.

So her fight continues, this time, for them.

"Just to talk to. A hug. Just telling them they'll beat it too. There are lots of ways to keep metastases at bay," Peplinski said, tears forming, "But we want a cure."

Her friend BJ donated a bench outside the Armes Cancer Center in Findlay where Kim received treatment.

Engraved on it are these words: "I can, and I will...STRENGTH - COURAGE - RESILIENCE."

These are uplifting words for any woman facing a challenge that Kim took on, with everything she had.

Since the Findlay race has gone virtual, Kim said she will come to Toledo's in-person race on September 26. 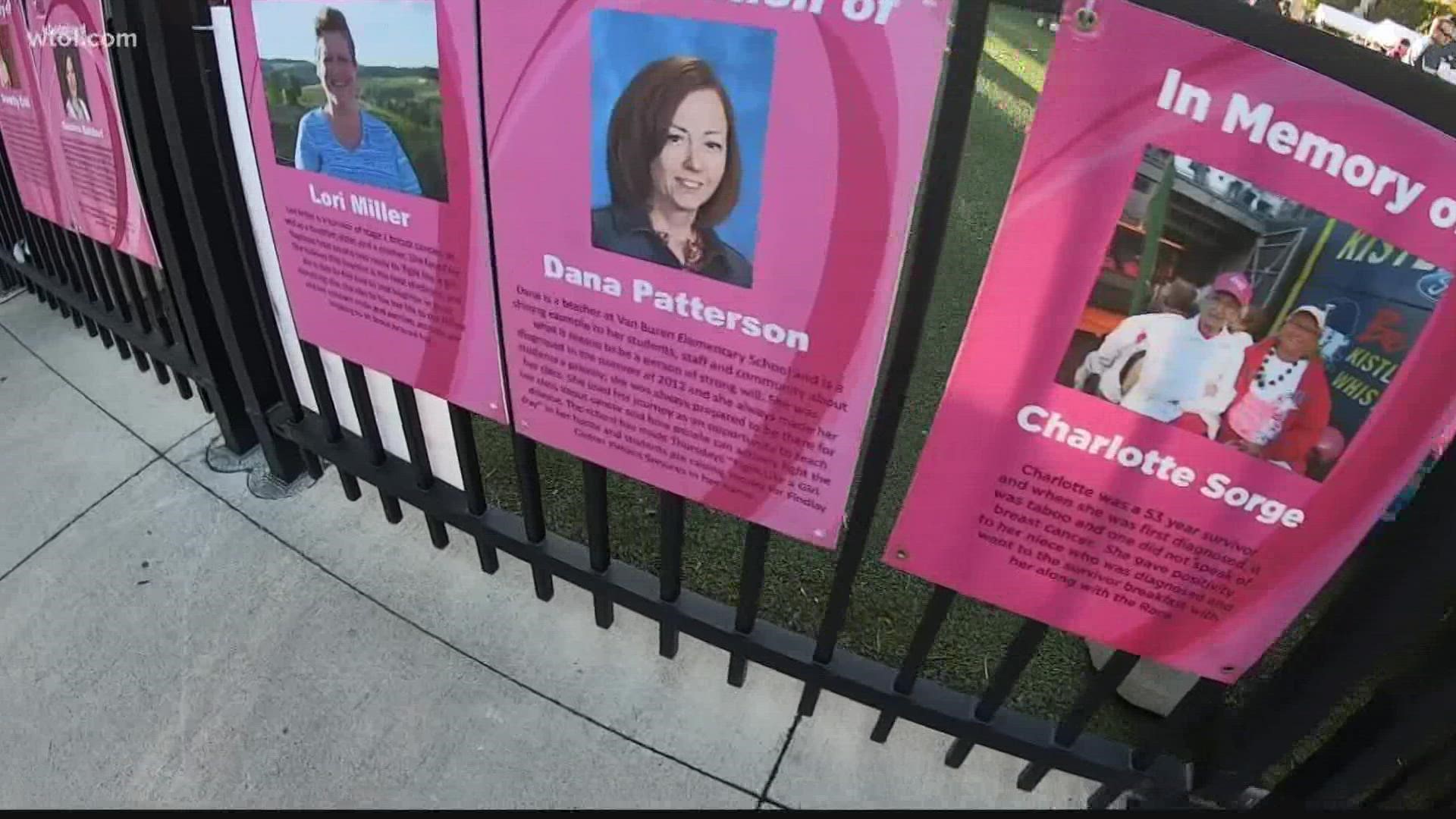 Race for the Cure back in Toledo to remember, celebrate