2019 Findlay Race for the Cure: In Memory of Mae Gravitt

"She'll be there with me and she'll cross the finish line with me," her daughter said. 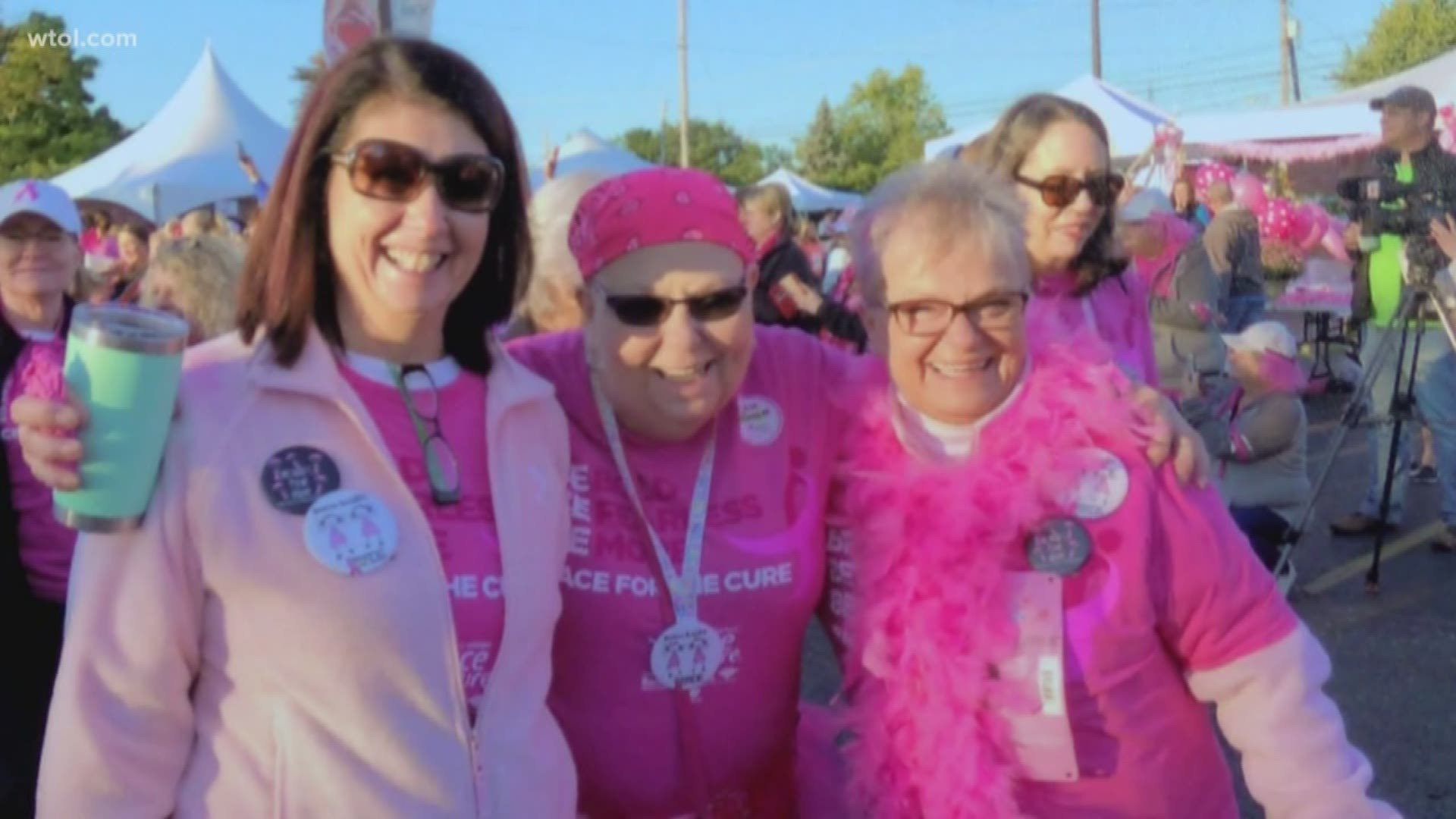 TOLEDO, Ohio — Each year, the Northwest Ohio Komen Race for the Cure is named in memory of someone who has lost their brave battle with breast cancer.

The 2019 Findlay race honors Mae Gravitt, a beloved mother who treated everyone like family.

"We did everything together," said Mae's daughter, Jennifer Gravitt. "She was my best friend."

"Anything that I went through, she was there. She was the one to help me get through anything," said Shane Gravitt, Mae's son.

Mae Gravitt was the best mother anyone or "everyone" could ask for.

"Every single one of my friends called her mom since I was a kid," said Jennifer.

Jennifer and Shane say their family was small.

"When we moved to Ohio, we had no family here. It was just me, my mom and my brother," said Jennifer.

But Mae welcomed everyone, as they did for her.

"She spent the last 20-plus years building a family for us so that my brother and I would have people," Jennifer said.

This extended family embraced Mae, Jennifer and Shane when Mae was first diagnosed with breast cancer in 2010.

"She was super positive and she participated in every trial and every study that was offered to her, because she said that if it could help somebody else, then why not?" said Jennifer.

Mae did help, a lot.

She started a Race for the Cure team in Findlay, called the 'Bosom Buddies.'

The team grew and grew for six years.

During that time, Mae's cancer returned.

Mae battled for the next two-and-a-half years as the cancer spread throughout her body.

She couldn't walk at last year's race, but she did give lots of hugs and hope to others.

"It really makes you feel good. Even though I could stay home in bed much easier, I had to be out here with my friends, family and everybody else," Mae told WTOL 11 at the 2018 Findlay Race for the Cure.

Just a couple months later, time was running out for Mae.

She pushed as hard as she could for her children and grandchildren, but it was time to stop treatments and enjoy the time she had left.

"And she said she was done," said Jennifer. "I had to understand. I couldn't be upset."

"I just had a conversation with her. I was like, I told her, 'I want you to know that we're gonna be okay and I want you to understand I know why you chose this and I'm not upset at all,'" Shane said.

"The one thing that always got me back in focus was her because she did believe in me even when I didn't believe in myself. She would, and she was always there. So, for her to say that, it changed my life pretty quick and how I thought about everything," said Shane.

But she'll be at the Race on September 28 as we all cross the finish line for Susan G. Komen, an organization she believed in, because like her, this race provides hope.

"Being supportive of organizations like Susan G. Komen, knowing that there is research involved and that they're working so that another family doesn't have to go through what we went through is very important to me because this hole will never be filled," said Jennifer.

"I think it's just gonna be a really unexplainably great feeling, great moment if that makes sense. Everybody's gonna feel her there. She wants people to be together and have a good time and not be sad. That's what she wanted," said Shane.

"She'll be there with me and she'll cross the finish line with me," Jennifer said.

And with you too, because remember, with Mae, everyone is family.

That's why the 2019 Susan G. Komen Race for The Cure is in memory of Mae Gravitt.

RELATED: 'But they that wait upon the Lord, shall renew their strength.' Cancer survivor fights through metastatic breast cancer with her faith