The board approved recommendation to begin the school year in Red Light status, meaning that students will be learning from the virtual classroom, five days a week. 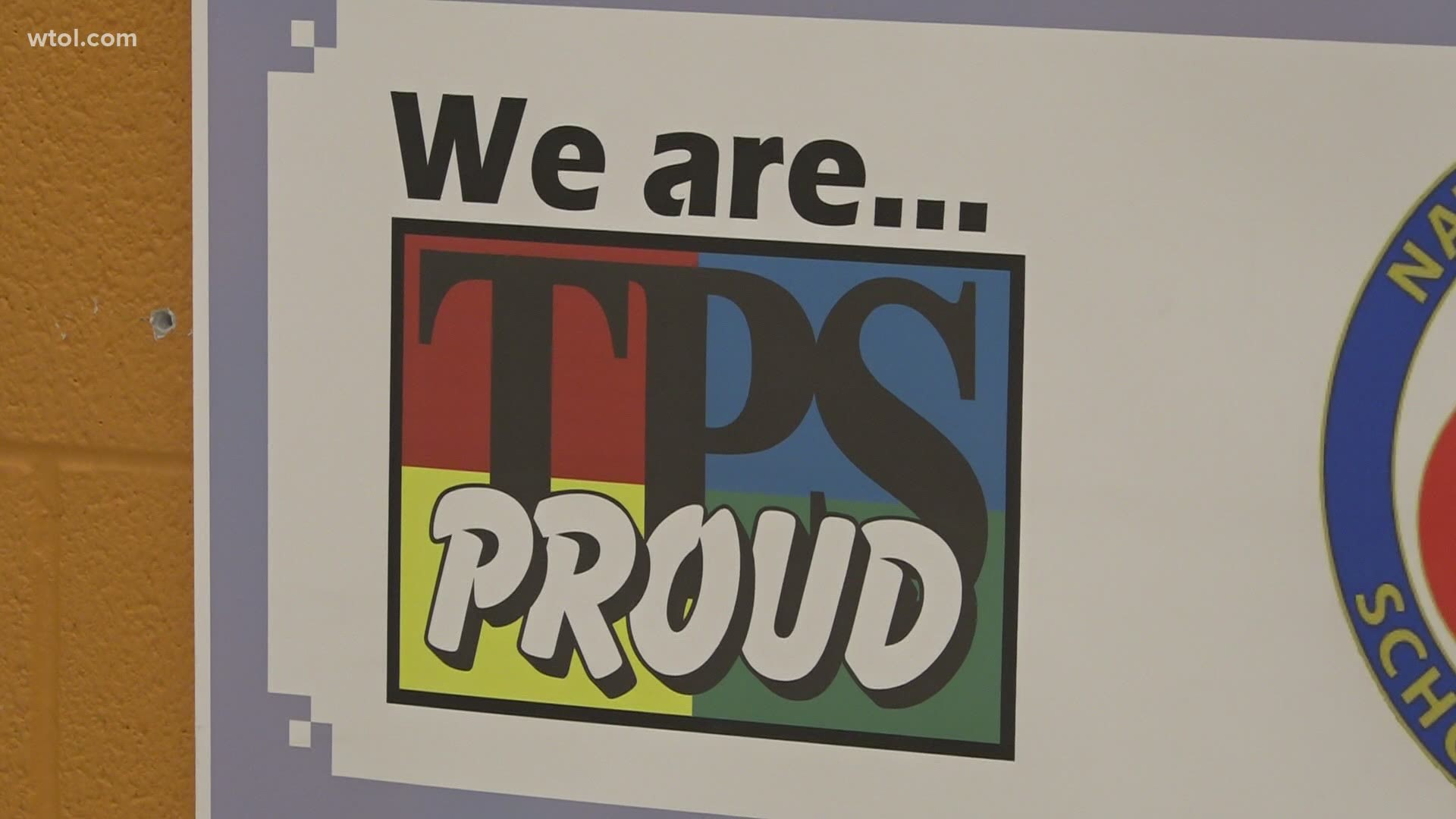 TOLEDO, Ohio — Students within the Toledo Public Schools district will begin the school year online with a delayed start of Sept. 8.

The school board unanimously approved the recommendation by the TPS administration to begin the school year in the Red Light status during a board meeting Thursday afternoon.

Red Light means that all students will be learning in the virtual classroom, five days a week.

Along with the approval, it has been decided that TPS will cancel fall sports for the upcoming school year, regardless of the color status the district is operating under.

The district plans to come to decision on winter sports on Oct. 1.

"We did not want to just pilot an experiment with our students and staff. Understand there's opportunity to let data to present itself and when we have that, at the end of the day, we take it upon as a responsibility as an educator as well as an employer," said TPS Superintendent Dr. Romules Durant, following the decision to begin with online learning.

Dr. Durant said they based the decision on where we're at with COVID-19 cases.

"One of the things that remote gives us an advantage of is it allows us to observe, you know, the aggression that's happening at schools that are opening up full, who are opening up half," Dr. Durant explained. "We're able to make observations, allow the data to drive what our plan will be as we move forward to opening up."

The current plan involves giving each child a device for learning and assigning them an instructor to report to every day. Some students will be expected to be online for four hours daily.

Meals will still be provided. Translators will also be available for students who do not speak English.

Earlier this month, the district announced that it will be following a color-coded system to say when students will be physically in class (green), stay at home to learn (red), and a split schedule (yellow).

Initially, TPS planned on starting the school year in the yellow light status. While there is optimism that will come at a later date, the year begins in red.

"We're telling parents that we're gonna open red. That's our plan today and I would anticipate them to plan for that through the semester. We're hopeful that changes. We want to get to yellow and green and get students back to physically attending," said TPS Deputy Superintendent, Jim Gant.

Green Light means that all students will be able to learn by attending class in-person, five days a week.

Credit: WTOL 11
GREEN mean all students can attend in person classes; while RED means all students will need to attend virtual class from home

On Mondays and Thursdays, Group A will learn inside the classroom, while Group B will learn online. The groups will then switch on Tuesdays and Fridays. On Wednesdays, all students will learn virtually while staff inside the building will use that day to clean.

During the meeting, some community speakers were not able to speak and be present due to the Zoom meeting reaching its maximum capacity. It was said in the meeting that the community comments part of the meeting would have to be skipped and will be heard at the next meeting.