Elementary classrooms in Toledo Public Schools were filled with students for the first time in six months. Leaders and parents say they were excited to be back. 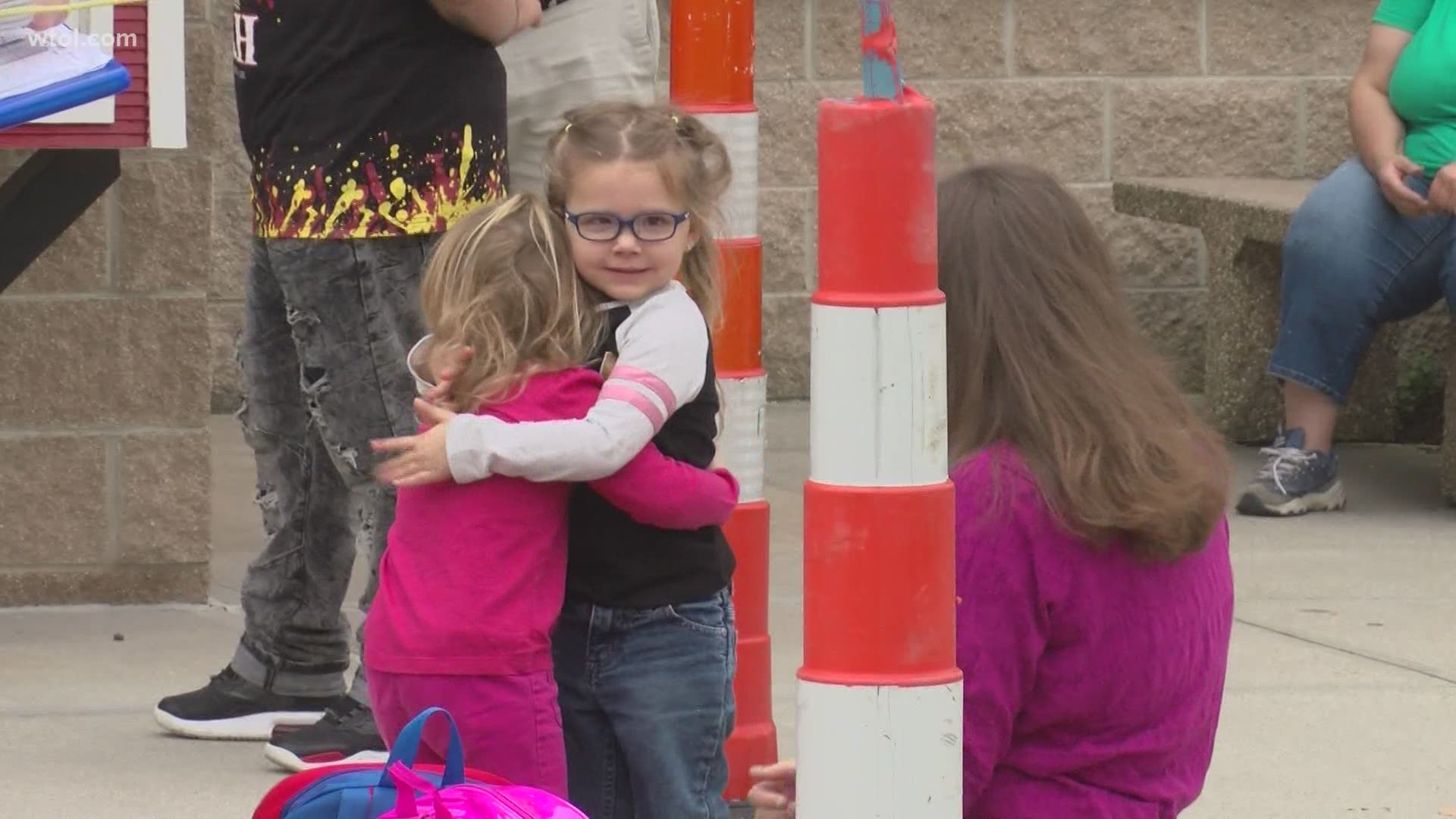 TOLEDO, Ohio — For the first time in six months, elementary classrooms at Toledo Public Schools were full of kids.

The district moved to a hybrid plan on Monday and both parents and school leaders say it went well.

"You never know what could go wrong, but everything was smooth. The staff was just as nice virtually as they were in person, so I'm a pretty happy mom right now," said Sabrina Konesni, an Oakdale Elementary parent.

After months of learning from a laptop, pre-k through second grade students at TPS are finally learning in a classroom setting, albeit part-time.

"There was learning going on. The kids brought back their Chromebooks and their supplies. The books that they took home. Everyone has just been really excited to be back in the building," said Arlington Elementary Principal Melissa Viers.

Parent, Sabrina Konesni said it was the first day of school ever for her daughter Holly, who started preschool this year.

"We didn't have any expectations or any previous routines. but I was really impressed with the transition, everyone answered my questions, the teacher was supportive," Konesni said.

She said she's grateful her child never experience classrooms before because it made things easier.

Viers, said going into the first day, the only thing she was worried about was social-distancing excited, young kids.

She said the kids and teachers handled everything well.

"We taped off the floors. The kids kind of know what to do. The teachers are teaching them to stay three tiles apart. So that was probably the biggest thing," she said.

Monday was the first day of hybrid learning for students in the A group.

Students in the B groups will have their first day of hybrid learning Tuesday.

The principal of Arlington wants to remind the parents and students that doors will open at 8:45 a.m.

She also said students should bring their Chromebooks and any other supplies that teachers requested.