Kids at Bowling Green City Schools have finally returned to a hybrid learning model after nearly a year of doing full virtual learning. 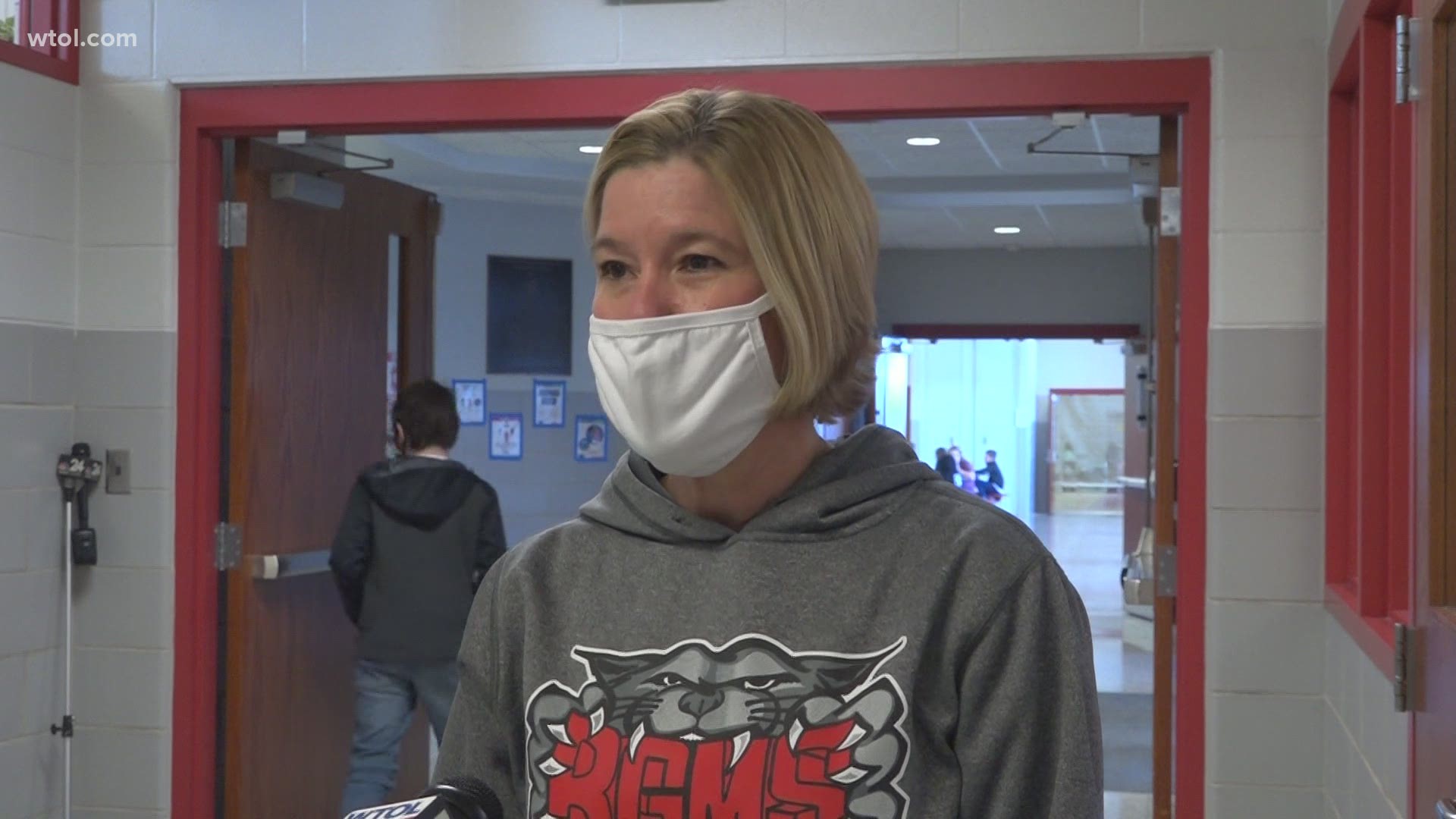 Students were welcomed back to the classroom for the first time in almost a year, learning under a hybrid model.

Teachers and students alike at Bowling Green Middle School seemed to be glad to finally be learning in-person again.

Masked up and excited: that's how Scruci described staff on Tuesday.

Teachers at the middle school said they've been waiting for this day and are happy it's finally arrived.

"We have been waiting a very long time to get back into the classroom and interact with our kids," science teacher Paula Williams said. "Honestly, I was so excited this morning. It was almost like the first day of school, just in February."

Principal Eric Radabaugh said everything went as well as staff imagined, all thanks to the preparation and hard work done beforehand to get everyone ready for their return.

"Lots of behind the scenes meetings, lots of meetings with teachers; videos that have been created for the students. But, it seems that it's being well received and the kids are doing a great job following that so far," Radabaugh said.

Scruci said safety was the biggest concern with returning, and leaders wouldn't go ahead with it until they felt comfortable.

That time has finally come.

Students are also feeling the excitement. They said it was a big day at the middle school.

"It'll be nice to finally make some friends because I just transferred here this year and so it'll be nice to know people more and talk to people," eighth-grader Max Fleming said.

After being virtual for almost a year, some students said they were actually surprised the district moved to hybrid, but thankful because virtual learning was not always easy.

"Remote learning, I definitely saw a challenge through it; just focusing and making it through, but I'm just really glad to be back," eighth-grader Emilia Esposito said.

Both students said Tuesday the best part of being back was finally seeing everyone face-to-face and interacting with the classmates they've seen through a computer screen for all these months.

Bowling Green City Schools is the last district to return to some form of in-person learning in Wood County.