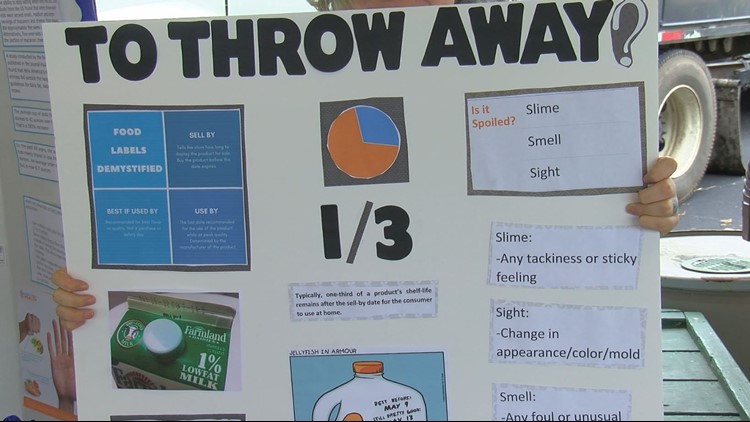 ‘Waste Less Toledo’ says too much good food being thrown away

TOLEDO, OH (WTOL) - It's an effort to bridge the gap between food waste and hunger.

And if you're a farmer, restaurant or grocery store owner, you can help

The group ‘Waste Less Toledo’ served up 1,000 free meals on Sunday at the Erie Street Market.

All that food would otherwise have been thrown out but was collected mostly from area farmers.

Some of the food you see at stores may be blemished or have an expiration date and get tossed.

But it's still edible, and could be donated to a local food bank, community center or shelter.

"Thirteen percent of kids in Toledo go hungry at least once a week and that's just insane. So us throwing away so much food and us being so hungry is just insane," said Carlie Mostek of 'Waste Less Toledo.'

The group 'Food Not Bombs' has already joined the 'Waste Less Toledo' movement.

Grocery stores are hit on daily for leftovers then everything is distributed.

Go Zero Services of Wauseon makes arrangements to place 64 gallon containers at schools, restaurants, businesses and churches for food waste which is then collected and turned into compost.

Best of all it's keeping waste from going into landfills and growing more food.

If you think you can help the hungry just go to the 'Waste Less Toledo' Facebook age.