Ronald "Donnie" Stevens, 40, was indicted in December 2019 by a Lucas County grand jury on counts of rape, sexual battery and gross sexual imposition. 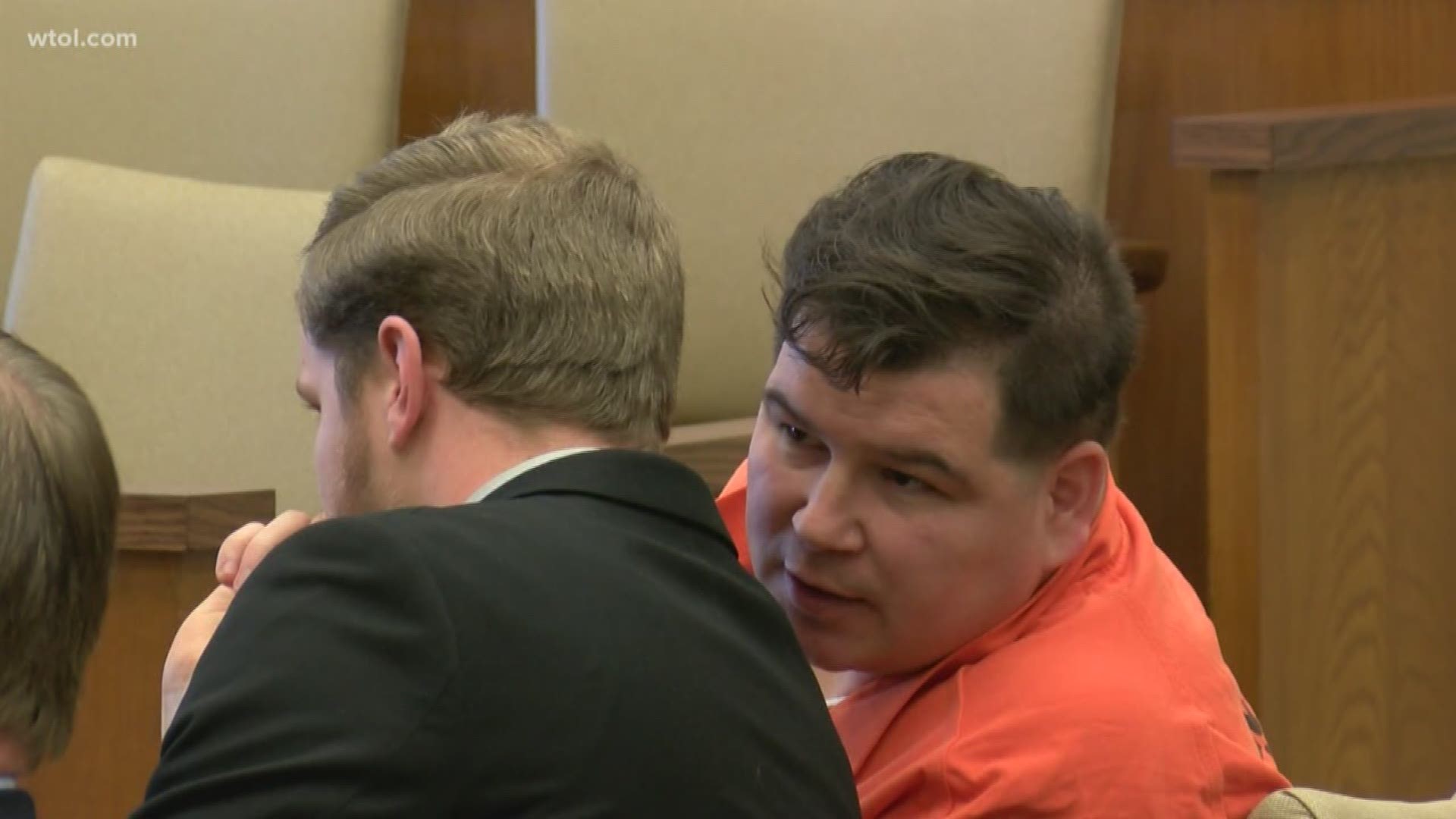 OTTAWA HILLS, Ohio — The trial has begun for an Ottawa Hills Local Schools employee who was arrested in December for alleged improper sexual contact with multiple teenage victims faces 19 charges.

Ronald "Donnie" Stevens, 40, was indicted in December 2019 by a Lucas County grand jury on six counts of rape, six counts of sexual battery and seven counts of gross sexual imposition.

Witnesses recalled their past encounters with Stevens in court Tuesday, Sept 14., either through working in the schools or from around the village.

A former Ottawa Hill police sergeant testified he saw Stevens' truck parked outside one of the victims' homes numerous times.

The trial continues on Wednesday.

Court documents filed in February of 2020 allege Stevens sent his wife a coded letter and kept an index for him to reference in jail. In the letter, Stevens wrote "Anything I wrote in your letter, no one else needs to know." The document reportedly goes on to say authorities, "took all of my notes, all of my notes to you, all my coding to you, all my numbers that I had coded..."

The document goes on to say, "There are implied references that Defendant's (Ronald Stevens) wife may have culpability and could be arrested."

Stevens, according to the documents, told his wife she would have to burn the letter he sent. He also allegedly said, "Any any conversations, unless you tell me otherwise, we will never have about these conversations, I don't care if they put us in a small room and torture us, you know what I mean?" The document goes on to allege that his wife did, in fact, burn the letter.

Stevens' wife is also an Ottawa Hills School Employee. WTOL 11 reached out to superintendent Adam Fineske. He sent this statement, "My only comment is “that she was placed on paid administrative leave as of Jan 8 and I can’t comment further due to it being a personnel matter.”

On Jan. 7, he entered a not guilty plea to the initial charges. He is being held on jail on a $1.4 million bond. Stevens has also been ordered to have no contact with the alleged victims or any children.

A letter sent to parents in December from the Demand Command Toledo organization said this in part:

"Like many who have been involved with Mr. Stevens over the years, we were shocked to learn of the allegations and are struggling to look back and see any indicators of potential problems. Prior to the knowledge of this incident, Mr. Stevens had nothing in his background that raised a red flag to us or apparently the school that employed him, church he was involved with or other organizations that sought him out to coach. We are sickened by what we have been made aware of so far and are heartbroken for the victims that have come forward."

The letter went on to say:

"Upon learning of the allegations and the apparent credibility of the allegations, we immediately severed ties with Mr. Stevens. We will work with the team to formulate a solution for the coming year based 100% on the desires of the players and parents involved."

Below are screenshots of the letter sent to parents:

Ottawa Hills Local Schools Superintendent Adam Fineske's public statement about the arrest can be read below:

Unfortunately, a situation has arisen about which we need to make all District parents and residents aware. Today, Operations Manager Ronald “Donnie” Stevens was arrested in connection with an investigation related to improper sexual contact with multiple teenage victims. Mr. Stevens was indicted by a Lucas County Grand Jury, and the District understands from the Ottawa Hills Police Department that additional charges are anticipated as the investigation continues.

Safety of students is our top priority. As soon as the district was notified of the allegations, the district immediately placed Mr. Stevens on administrative leave and prohibited him from entering school property. He has not been allowed back since.

The District continues to cooperate fully with the Ottawa Hills Police Department as well as with the Lucas County Prosecutor’s Office, Ohio Bureau of Criminal Investigation, and other agencies involved in this investigation.

As the students, District, and community continue to cope with this difficult news, the District’s focus remains on providing an educational environment where students are safe and secure. As students return to school on January 6, 2020, we will have counselors available for any student who wishes to talk about the allegations or any other matter. The safety of our students continues to be our top priority each and every day.

Fineske also sent out a letter to the district's parents on Sunday addressing the allegations.

Anyone with additional information about the case or about the related incidents involving Stevens is encouraged to call the Ottawa Hills Police Department at 419-531-4211.

RELATED: Families light up the roads in west Toledo and Ottawa Hills to raise money for local nonprofit