Mark Robson wanted to get in a little extra ice time for his sons. His solution was building a backyard hockey rink for the boys to work on their skills and cellys. 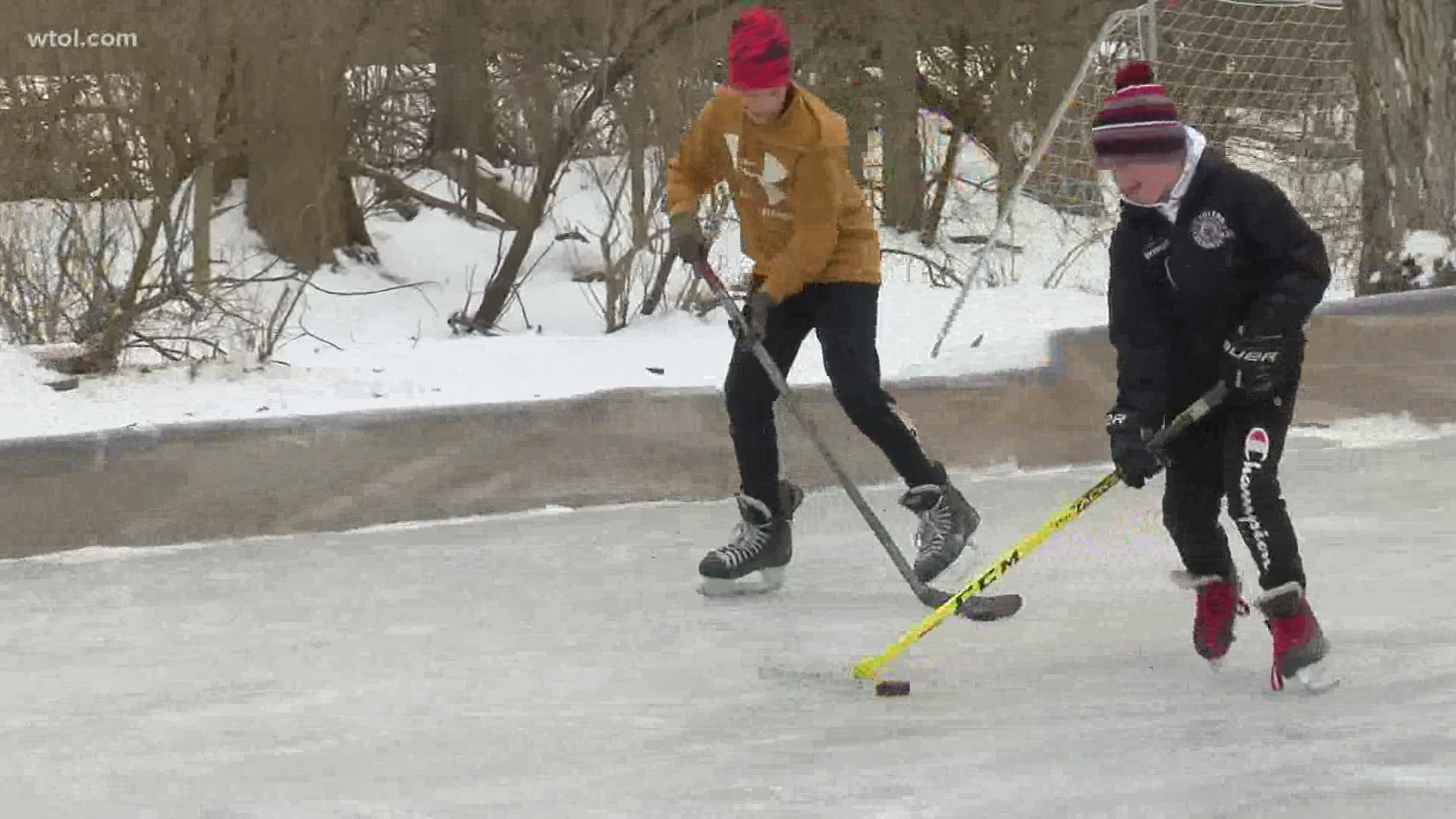 OTTAWA HILLS, Ohio — We know some of you would prefer the temperature to rise a little, but for one Ottawa Hills hockey family, the cold weather is just the icing on the cake.

"Well, my youngest was getting into hockey and wanted some extra practice, and I thought this was a good opportunity for some training outside of the rink. And then my oldest can play as well," explained Mark Robson.

After all, you miss 100% of the shots you don't take. And netting those shots on your own backyard rink?

You could call that idea a great one.

"It takes about eight hours to set up, then about 26 hours to fill with the hose from the house."

That might be a high water bill, but having a personal rink as a kid and all the memories to go with it is priceless.

"It's open to anyone. A neighbor drove by the other day and asked if he could use it this weekend and I said sure. He has three grandchildren so they're going to come over and my wife makes cookies and hot chocolate for the guests that come over."

There might not be any bleachers or Jumbotrons, concession stands or penalty boxes, but it's a free place for the boys to skate and their biggest fans aren't too far away.

"Seeing the joy they have out here and the memories they're making are going to last a lifetime, so I get a lot of joy watching them out here," said Robson.

The next great hockey star could be practicing in his own backyard, right here in Ottawa Hills.