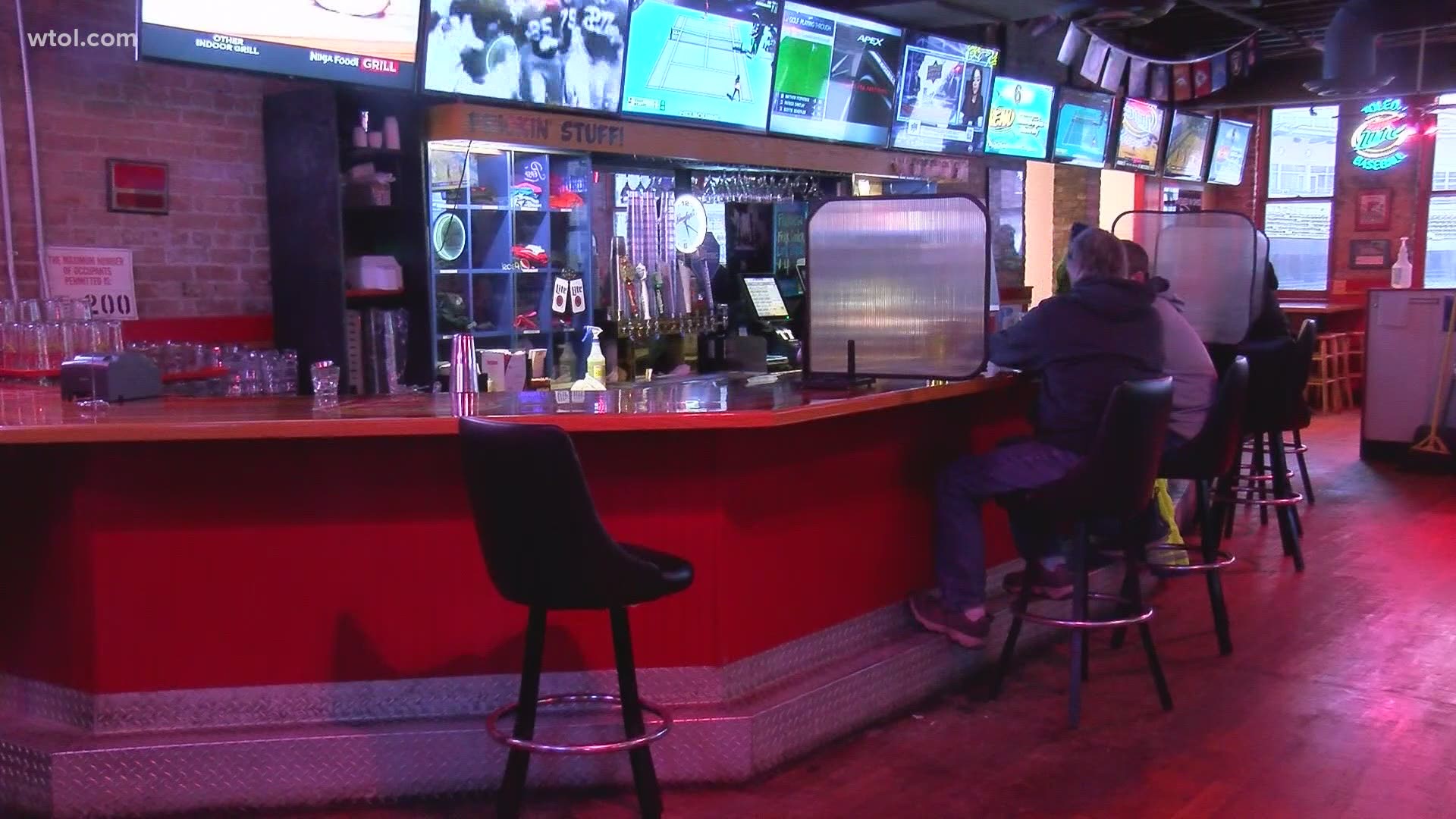 TOLEDO, Ohio — Baseball is back in Toledo, with the Mud Hens announcing on Thursday that they will begin a new season in the next few months.

It's brought a new sense of excitement in downtown and with the curfew out of the way, businesses are making moves to serve bigger crowds.

This includes the downtown Toledo Fricker's location, which has Fifth Third Field in its backyard.

Credit: WTOL 11
The downtown Toledo Fricker's has Fifth Third Field in its backyard... literally. The ball field is visible through the windows that line the back of the bar.

"We are so excited because finally they can play this year. And we can get customers enjoying the Mud Hens and also coming to the Fricker's location and you know, enjoying both," said Javier Bravo, a manager at Fricker's.

The anticipation is brewing as the Toledo Mud Hens tweeted about baseball back in the 419 come April.

For the first time in a really really long time, baseball returns to the 419 THIS APRIL.

Add to that to the fact that Ohio no longer has a curfew.

"Just coming from having to close at 9, 9:30 and then now, with it being open, we have our customers coming back. Folks are happy to be out and whatnot. So we are very excited, very excited for baseball season to start," said Moore.

In fact, Fricker's is now open until 1 a.m. and with word of the Hens' season opening week right around the corner, it's expected to boost business.

"Hopefully for the moment we can get more capacity and we can seat more people at the restaurant. But, absolutely, we expect a lot of people. So it's gonna be so much fun," said Bravo.

"For the waitresses, it was a little tough you know. They had to leave a little bit early, money wasn't the same. 'cause we didn't have that flow, but with everything changing and getting back up to that later opening, it's starting to look different," said Moore.

But with the changes, employees are starting to get their hours back, the restaurant is hiring and perhaps, restoring the vibe to downtown Toledo.

"Means a lot. About people, about sales," said Bravo.

"Hoping that it opens the rest of everyone else up. Sure enough, we are getting that business and we appreciate it, but we're not stingy. We'll share. And so, for everyone to start opening up and just to get some normalizing of anything down here would be great," said Moore.

Opening day for the Mud Hens will be April 6.