Christy's Corner Cafe in Elmore is holding Operation Oreo to send packages of the beloved cookie to service members across the world. 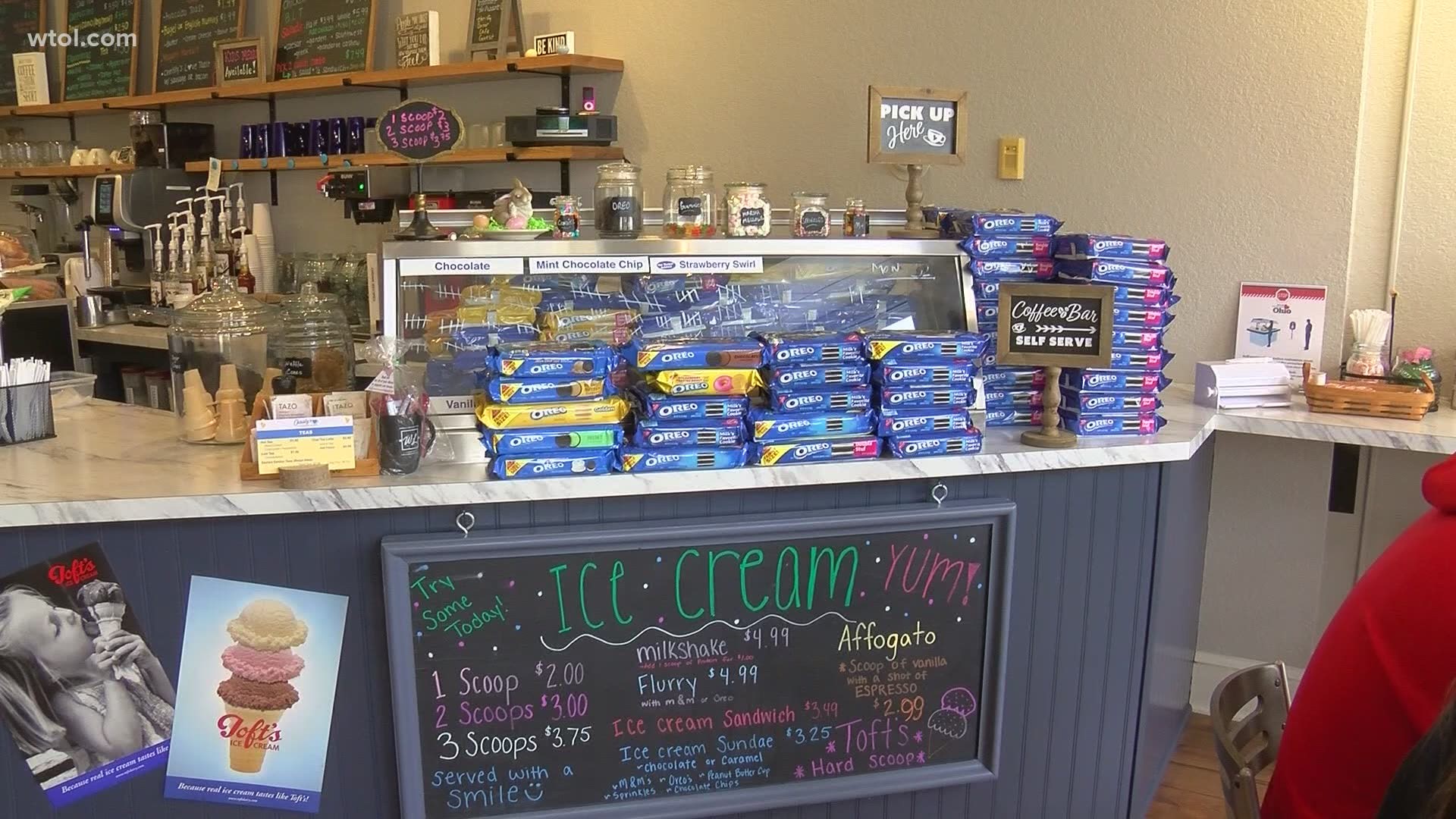 ELMORE, Ohio — A coffee shop in Elmore, Ohio is paying it forward to our nation's heroes at home and abroad.

But it's also become a place to cultivate community leaders here in our area.

Christy's Corner Cafe sits on the corner of Rice Street downtown. Manager Kathy Barbee helped start the small shop with her non-profit Engaging Opportunities Foundation in memory of her late sister Christy, who had Down syndrome but always wanted a place to work and be with her community.

"More than 80 percent of people with disabilities who want to work are unable to because there's not a lot of opportunity," she said, "so that's what we're here for."

Two years later, it's become a place of opportunity for so many like Emily Kehlmeier.

"I like making lattes, coffees and other stuff," Kehlmeier said.

Shop leaders say it helps pave the way to long-term employment through job training while inspiring a culture of acceptance and awareness within the community.

"Not only is it really successful for them to build skills," cafe job coach Madeline Hines said, "but socially it's great and then from a community perspective, it's great because the community is gaining this environment of acceptance and inclusion."

Baize Kaylor works at Christy's Corner Cafe in Elmore, Ohio where he can be himself alongside others with disabilities in the community. With a brother in the @USArmy he is leading Operation @Oreo to collect and send 100s of bags of the cookie to service members @WTOL11Toledo pic.twitter.com/KV7XmL1Onb

But the shop also helps others. Enter Operation Oreo.

Baize Kaylor, who works at the shop, has a brother in the Army and is leading the drive that has collected hundreds of packages of "milk's favorite cookies" for those in uniform.

"He makes me happy," Kaylor said speaking of his brother Blake. "He always helps other people."

Barbee says the amount of support from Elmore and the surrounding communities has been spectacular.

"Money and packages have come in from Arizona, from Maine, even from out of state," she said, "people have seen us on Facebook."

Bethlehem Lutheran Church in Pemberville has been doing the drive for 18 years and is glad to have a new partner. Barbee added Baize has been a big part of it.

"He is very very patriotic, frequently he wears his hero military shirts," she said, "and he just has very much a respect for what his brother does and he wants to support his brother."

Kaylor is just happy to be able to count the packages and be able to help his brothers and those serving with him.

"Thank you for my brother Blake and the military," he said.

Oreos are being accepted at the shop until the end of the March before being shipped out to troops overseas and here at home.

If you donate a package, you get a free scoop of ice cream.