Richie Webber, the director of Fight for Recovery, says he saw people struggling to stay sober when everything shut down during COVID. 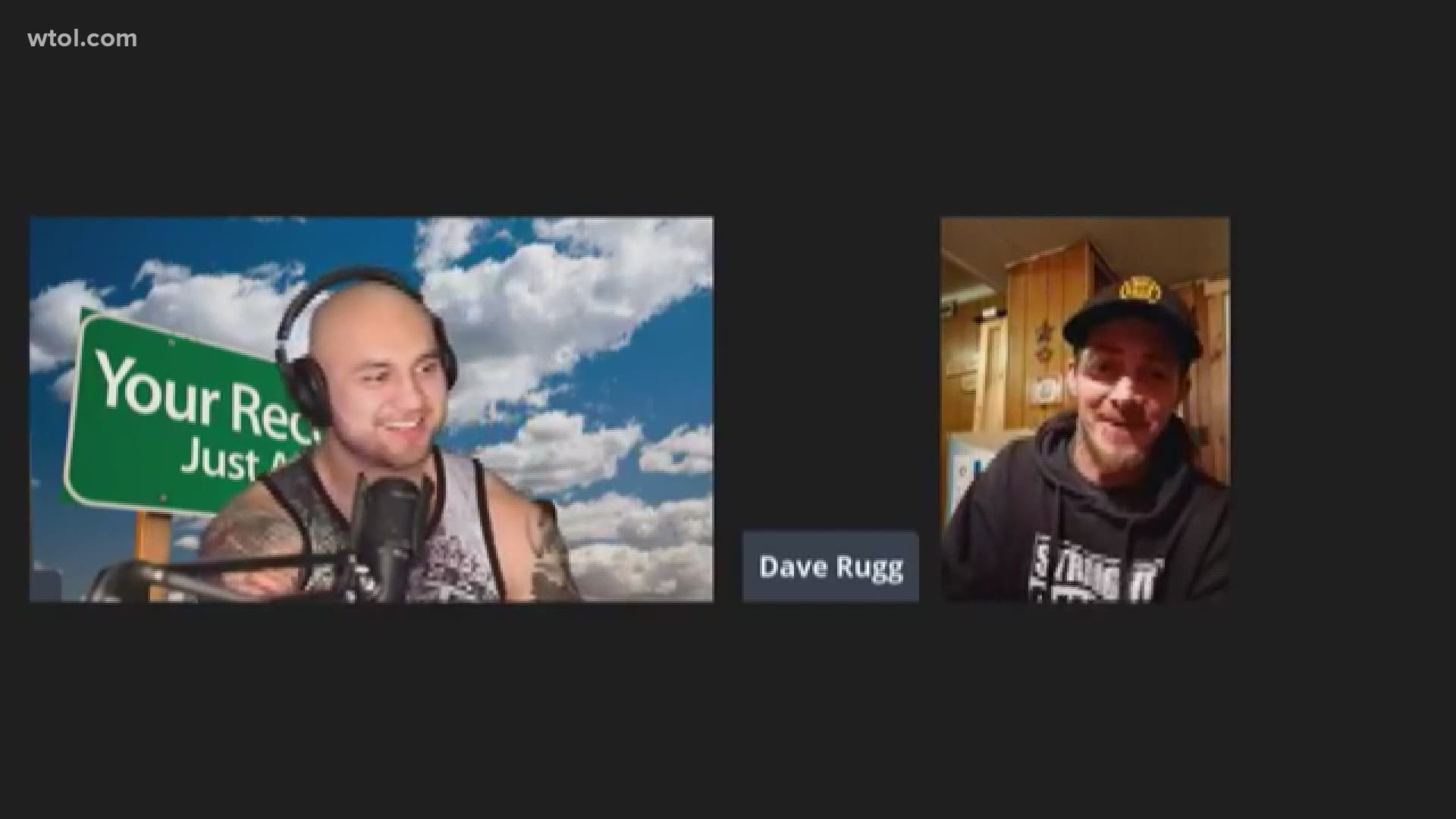 TOLEDO, Ohio — An online addiction recovery meeting series is paving the way for a successful road to living drug-free.

It started as an idea about a year ago and has reached thousands of people wanting to get sober.

Cynthia Beneteau, a mother of three, says it's helped her stay sober for 14 months. This is after she started on the road to drug recovery right as the pandemic hit.

"I was a little baby sober-person when this all started. I was literally, I don't even think I had 90 days at that point underneath my belt," said Beneteau.

With everything shutting down, it was time for Beneteau to take a different approach to stay sober.

"I saw people posting how they couldn't go to meetings. They were struggling. They were shut in, and isolation is probably the worst thing for anybody with addiction and mental health issues," said Webber, who is the director for Fight for Recovery.

During the videos, Webber uses the 12-step program for addiction recovery.

Some days, it's not usual to see up to a thousand people watching and interacting.

"Even though it's online, it's still a connection with somebody. So I really don't know if I would've been able to do it without them because, I mean, it's difficult. It's incredibly difficult in the beginning," said Beneteau.

Webber has been sober for five years and has inspired others to do the same with his videos.

But it hasn't been an easy journey.

"I had no thoughts of using for 2 or 3 years, but during this pandemic that thought crossed my mind," said Webber.

Webber says now, more than ever, there shouldn't be an excuse for anyone to seek help.

"The pandemic made a lot of us that are parents have our kids home. So I can still go to the meeting while my daughter's in the background doing her schoolwork or playing, or it's just easier 'cause it's the click of a button, versus me getting in my vehicle and driving somewhere," said Beneteau.

For Beneteau, it means devoting her life back to her children and family.

The program director has several connections on how you can get help, even if you don't have insurance.

Here you can see the schedule for the online meetings and here you can contact Webber so he can connect you to resources.