There's still no timetable on reopening, but rebuilding is moving along for the historic Sandusky State Theatre. 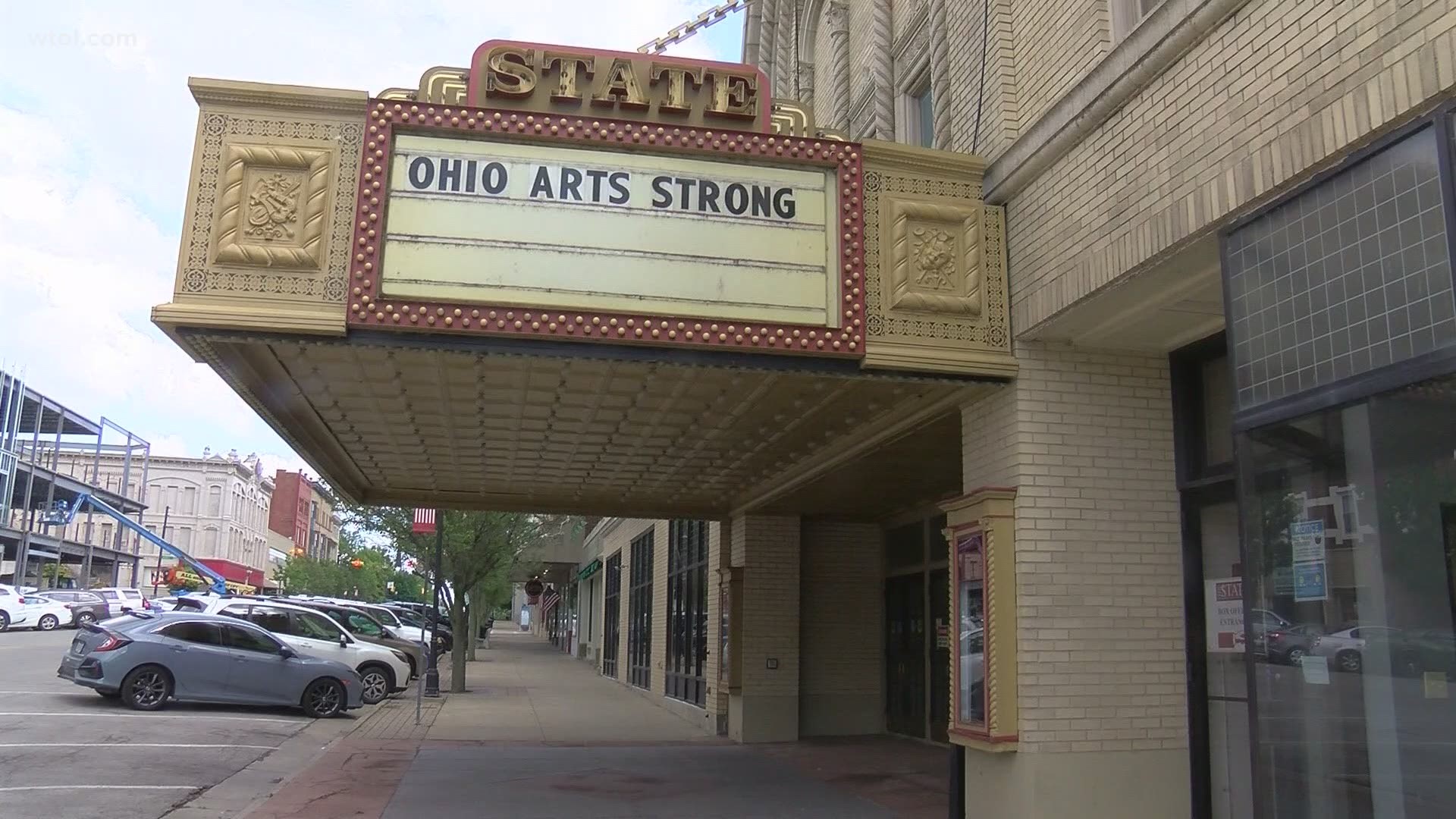 SANDUSKY, Ohio — A historic landmark in Sandusky is slowly working toward reopening.

On June 10, 2020, a severe storm tore through part of the Sandusky State Theatre, ripping off the roof and destroying the stage.

"It's been very apparent the past year how important the theater is to the community," said Parthemore.

Since that day just over a year ago, the roof has been replaced but there's still a lot of work to be done.

"Right now we're in the auditorium of the theater," said Parthemore. "You can see the temporary wall behind us that was put up to try and protect the rest of the building from winter."

The historic theatre opened in 1928 and has seen its share of talent - from B.B. King, Shirley Temple, and Willie Nelson, as well as comedians and Broadway shows.

Downtown business owner and theater board member Ryan Whaley says there's definitely been a hole in the community since the theater closed. But it's also hard to judge the impact because of the pandemic.

"Right now we're seeing this resurgence downtown," said Whaley, "but you're definitely missing out. There is a group of people that come for shows, they come for dinner and we're definitely looking forward to getting them back."

Whaley says COVID has also taught them to be more prepared for the future.

"We're looking at, should we have a problem again, or what do we do in the wintertime when it's slower around here," said Whaley. "How can we make the theater more impactful? So we definitely took a lot of lessons from this and use this as an opportunity more than anything else."

Right now, the theater is working with an architectural firm out of Cleveland on rebuilding plans and bringing the building up to code. Although there's no timetable on when the theatre could see its doors back open, Parthemore believes with the pandemic winding down, when the theater does finally reopen to the public, there won't be an empty seat in the house.

"One of the great things about the entertainment industry is it's what is going to help bring the economy back," said Whaley.