The man was shot at a vigil being held for a victim who was killed in a Sunday morning shooting at the Spotlight Lounge. 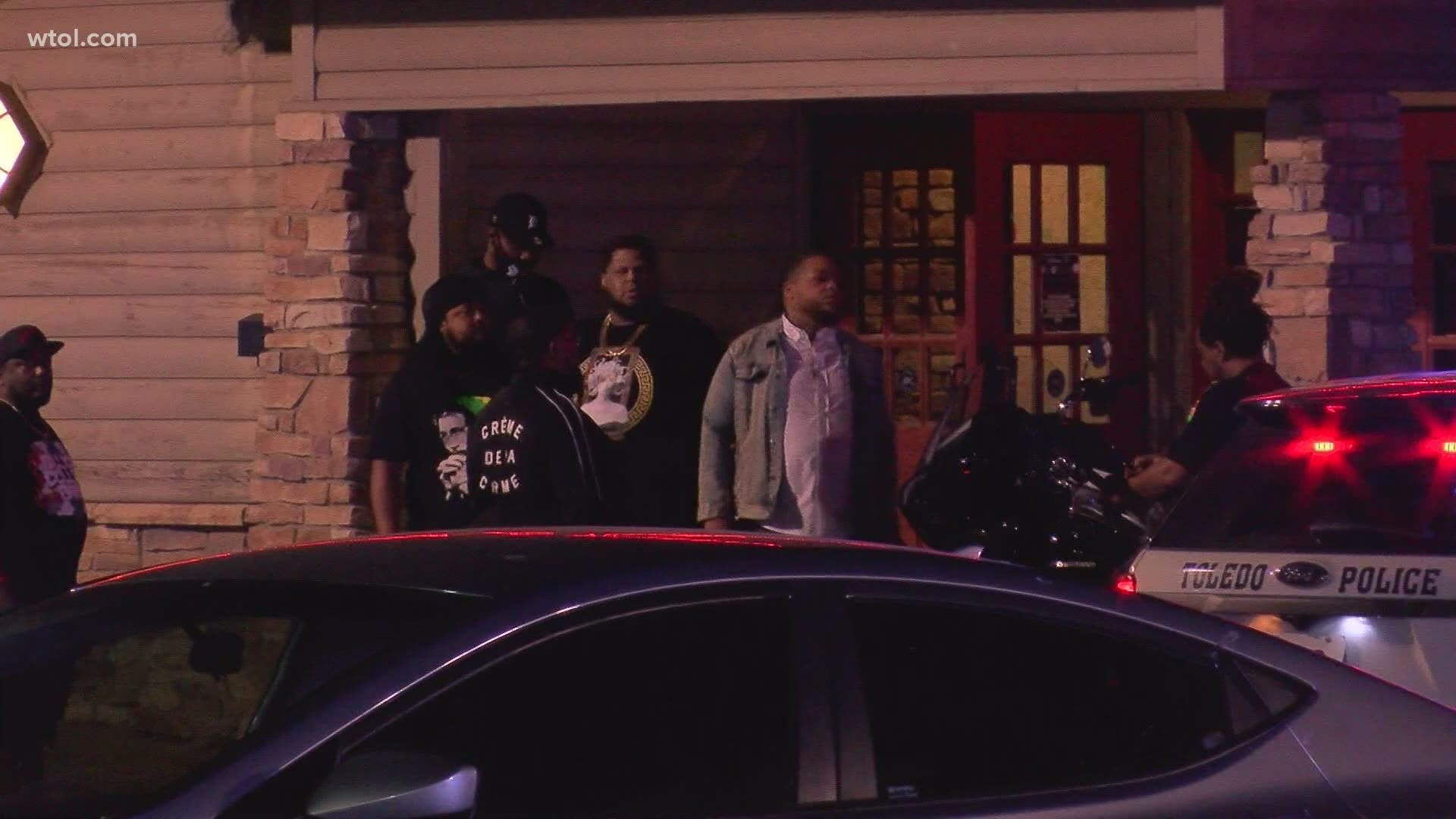 TOLEDO, Ohio — One person was killed in a shooting at Sleepy Hollow Park in west Toledo Sunday evening.

Toledo police say 24-year-old John Graves was suffering from at least one gunshot wound and was taken to the hospital, where he later died. On Wednesday, the Lucas County Coroner's Office ruled his death a homicide from multiple gunshot wounds.

A second victim, 19-year-old Corion Grace, was also taken to the hospital by a friend after being shot in the hand.

Police say Graves was attending a vigil at the park for Armonte Rodgers who was killed earlier in the day in a shooting at the Spotlight Lounge.

"We literally heard the bullets go past our head," said Alysha Dixon, who lives next door to Sleepy Hollow Park.

She saw a very large crowd of more than 100 people gathered there Sunday evening for Rodgers' memorial service. She called the police when the crowd became rowdy and out of hand. The cops came and went, she says.

"And then not even 5 minutes later, we thought it was fireworks at first and then we heard at least 100 shots."

Dixon says her house has been shot up before from unruly crowds at the park, leaving her scared and frustrated. She wishes the police had broken up the large crowd because she thinks it may have prevented the shooting.

Another homeowner in west Toledo who didn't want to be identified said he knows the Grace family well and he's fed up with the violence too.

"It's just outrageous. I don't understand why people can't get along. Where's all the love and respect for everybody? Treat thy neighbor the way you'd like to be treated."

The shooting is under investigation. Anyone with information should call Crime Stoppers at 419-255-1111.