Oliver Case is 3 years old and has spent a lot of time in the hospital during his short life. Family says a new kidney would make all the difference. 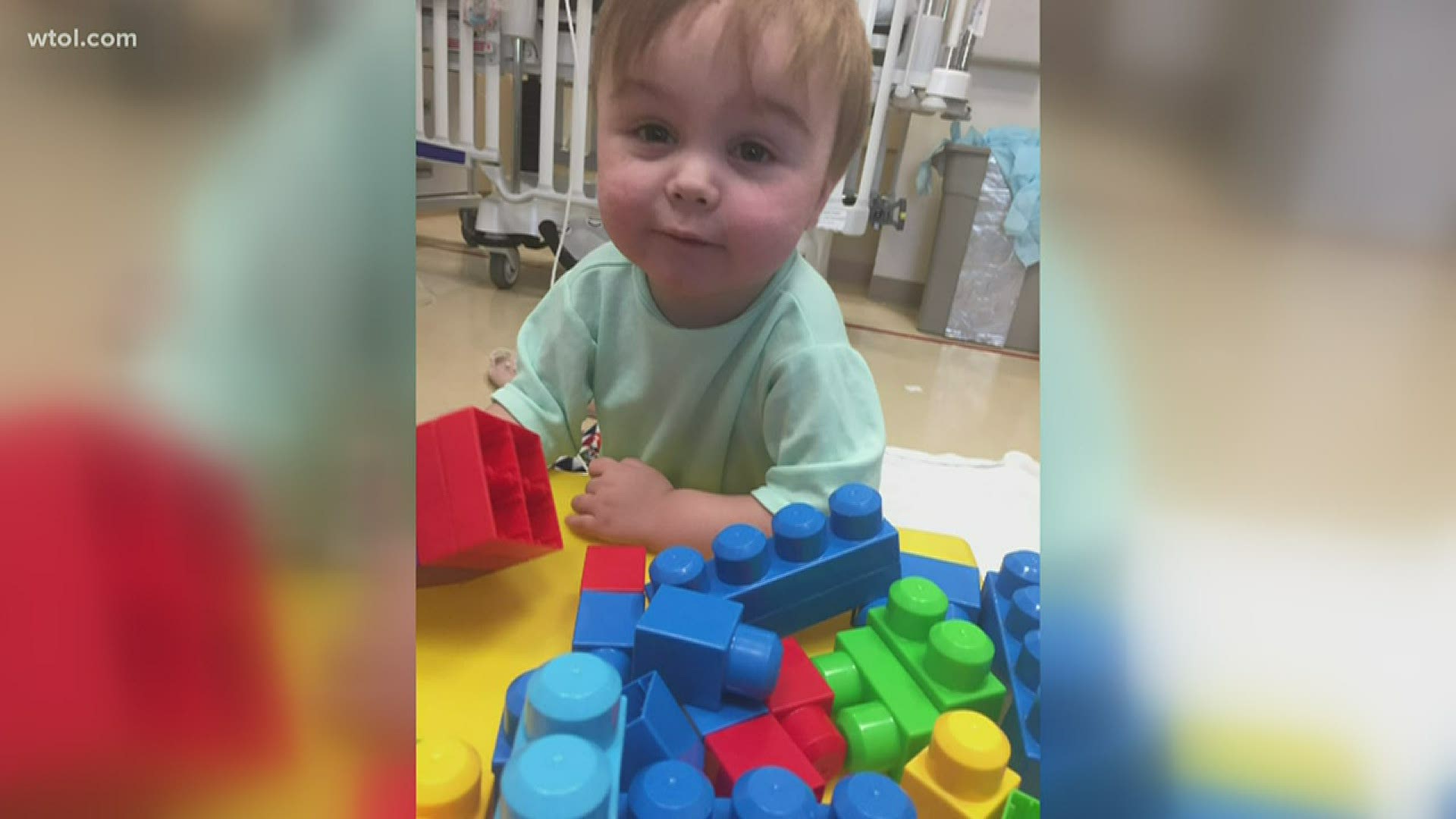 TOLEDO, Ohio — More than 100,000 people are on the list waiting for a kidney. That's according to the National Kidney Foundation.

One of them, is a 3-year-old boy in Delta and keeping him alive became even more complicated, because of the Coronavirus pandemic.

Like most three year olds, Oliver Case loves "Frozen." It's what gets him through his dialysis treatments at Mott Children's Hospital. "He's currently so obsessed with "Frozen" that the poor nurses have to watch it on repeat," says Oliver's mom Kiersten Case.

Oliver's kidneys are small and they can't quite get the job done. He's had multiple surgeries in his short life and has spent a lot of time in the hospital. "We have a second family up at Mott," says Kiersten Case.

Basically, Oliver needs a kidney and in the meantime he and his family make the trip to Ann Arbor for hours-long dialysis treatments, three days a week.

Then, toss in a pandemic.

"They limit how many people are allowed to go in. So it's just me or it's just my husband and that's the same for all the other families too. I'm sure it's been really hard," says Kiersten.

Kiersten says her son is a trooper, but a new kidney would not only improve his health, but also the quality of life for the whole family. She hasn't been able to work in two and a half years, which puts the load on dad. Plus, she and her husband have two older sons to parent as well.

Kiersten says simple things would make all the difference. "He now has hardware that he can't get wet, so it's a bed bath. Even something as simple as a bath gets me to the point where I want to cry. It's so simple, but it's something that we take for granted," says Kiersten.

Kiersten encourages folks who think they can help as a living donor to call Mott Children's Hospital at 1-800-333-9013. She adds, "Even if you're not "O" and you feel obligated to try and help the situation, that still helps him because that's one less child on the list in that particular region and it obviously helps another family."