One dead, 7 injured in accident at Ohio State Fair in Columbus: Photos

One man died and seven were injured Wednesday after a ride malfunction at the Ohio State Fair in Columbus. 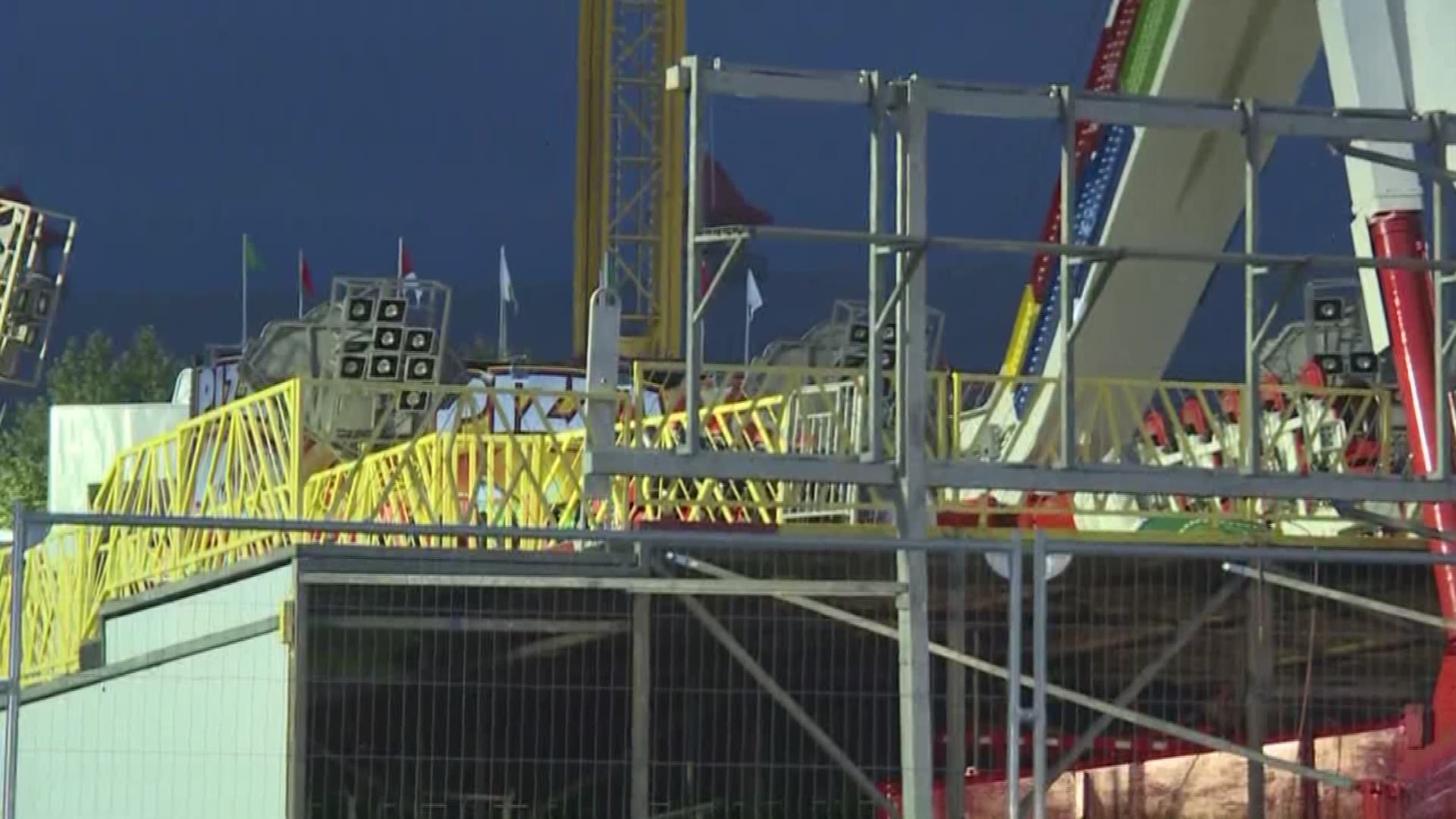 One man died and seven were injured Wednesday after a ride malfunction at the Ohio State Fair in Columbus.

According to officials, five of those injured are in critical condition. Three of the victims were taken to Ohio State's Wexner Medical Center. The hospital released a statement Thursday morning stating two of the victims it received are critical and one is in serious condition.

Columbus Fire Department battalion chief Steve Martin says one of the rows of seats on the Fire Ball ride “snapped off.” He added that the man who died was found about 50 feet from the ride. The man has not been identified, but officials say he was 18 years old.

Among the seven others injured, one was a 13-year-old child, according to WKYC's sister station NBC4i.

Ohio Gov. John Kasich referred to the fatal ride malfunction as the "the worst tragedy in the history of the fair." The accident prompted California State Fair officials to close the Fire Ball ride there, according to the Associated Press.

The news started to break on Wednesday when The Ohio State Fair tweeted out the following just after 7:30 p.m.:

There has been a report of a ride incident. We are investigating and will report information as available.

Kasich ordered all rides shut down at the fair for further inspection not long after news of the accident broke:

Terrible news from the Ohio State Fair tonight - thinking of all those affected and their loved ones. https://t.co/sAjioHkRvA

Jane and I send our prayers and deepest sympathies to all those who were impacted by the accident at the Ohio State Fair this evening.

Wednesday was opening day at the fair, which runs through Aug. 6. The fair will be open Thursday, though Kasich ordered all rides to be shut down until further safety inspection.

NBC4i also reports that the fair is offering refunds to those who attended Wednesday night.

1 / 3
Authorities stand near the Fire Ball amusement ride after the ride malfunctioned injuring several at the Ohio State Fair, Wednesday, July 26, 2017, in Columbus, Ohio. Some of the victims were thrown from the ride when it malfunctioned Wednesday.