Ohio Gov. Mike DeWine tells 3News he wouldn't send his grandchild to a daycare, but knows some parents don't have a choice 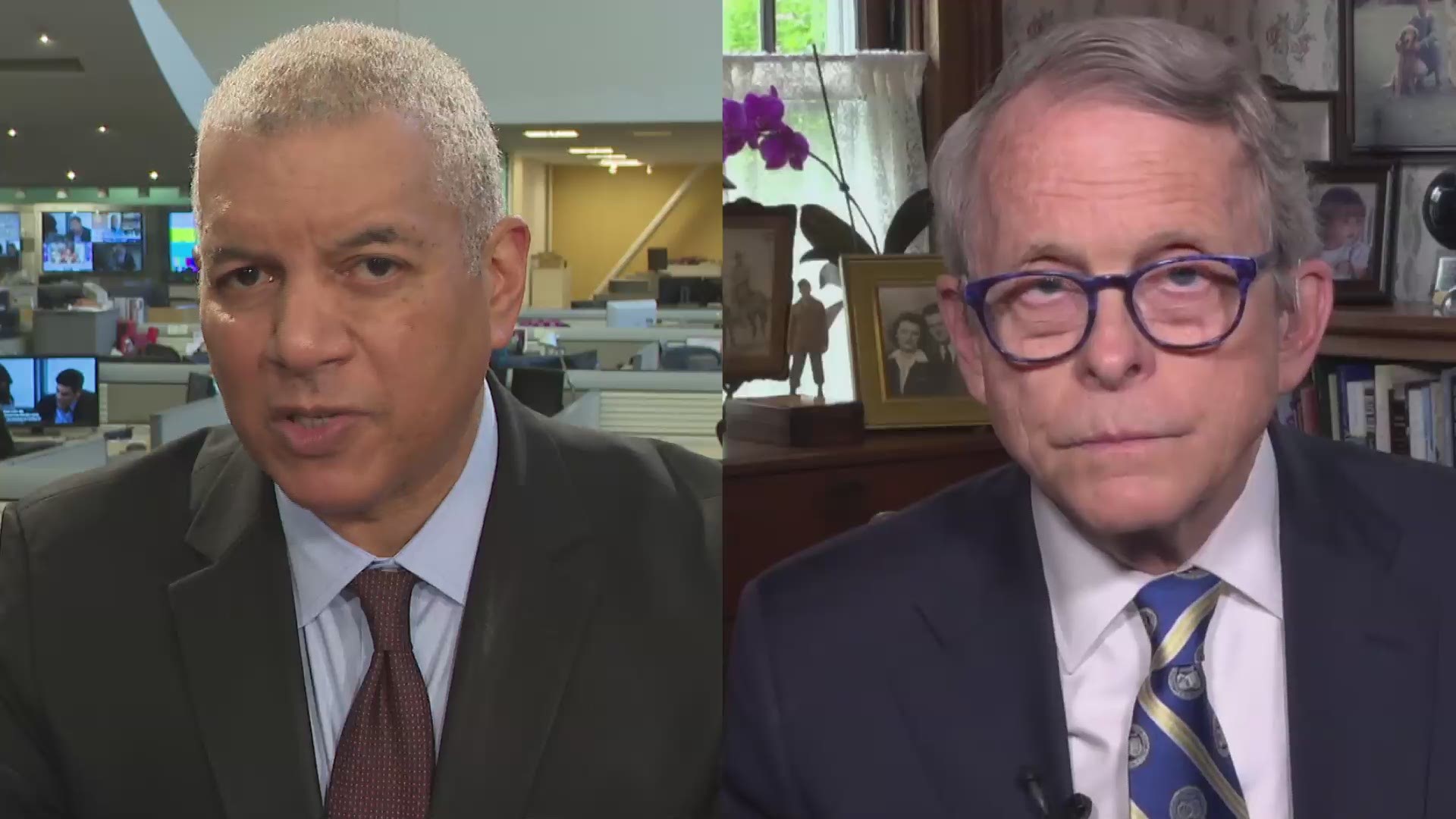 One day after announcing that daycares in the state would be permitted to reopen in the state on May 31, Ohio Governor Mike DeWine discussed the decision with 3News' Russ Mitchell.

Asked specifically if he would feel comfortable sending one of his grandchildren to a daycare amid the coronavirus (COVID-19) pandemic, DeWine said if given the choice, he wouldn't do so right now. He acknowledged, however, that not everyone has the luxury to make such a decision as the reopening of the state's economy means many will be going back to work in the coming weeks.

"If I had a choice, I would not do it," DeWine said. "Now, a lot of people don't have a choice. And so what we have tried to do is make it as safe as humanly possible."

DeWine also acknowledged that when it comes to children and the coronavirus, there isn't much data that's readily available.

"We've looked at the best science. Unfortunately, there's not a lot of studies in regard to COVID-19 and daycare," DeWine said. "But we do know about the transmission of anything and we know that does occur. It's hard for 2-year-olds or 3-year-olds to socially distance. So what we've done is design daycare that we think is designed to the best in the country; fewer children per person per adult. Smaller classes, smaller number of kids. And so we think we've made it as safe as we can.

"The other thing I would say is that the danger is not usually to that child. The reason that schools were closed down, daycare was closed down is not because we were so worried about the kids -- we always worry about them -- but this virus has attacked people who are older, it has attacked people who have a medical problem. So what you worry about is one child who's coming in who's infected who maybe isn't showing any signs of it and going into a classroom and then every child in that classroom is infected and then they take it back to their respective families. And maybe one of those families has a 70-year-old grandfather who's living with them and then he ends up with it."

You can watch the entire interview with Russ Mitchell and Gov. Mike DeWine in the player below:

RELATED: Gov. Mike DeWine to 3News' Russ Mitchell: COVID-19 testing for anyone who wants it is not the case in Ohio yet

RELATED: Ohio Gov. Mike DeWine tells 3News schools should plan to go back in fall, but not sure if they will

RELATED: When is each Ohio business allowed to reopen; what remains closed?