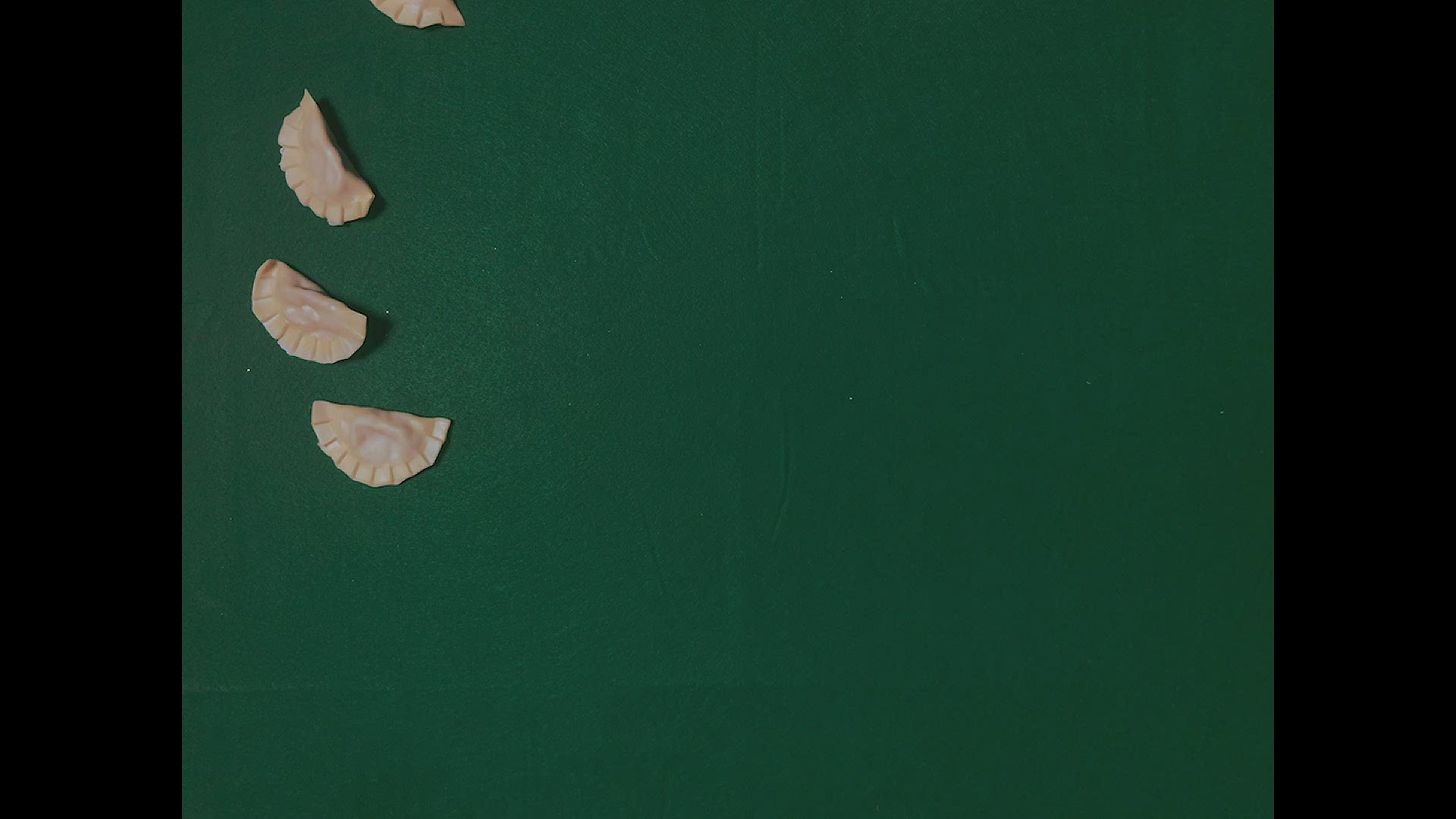 COLUMBUS, Ohio — One Ohio State University fan has combined her love of the Buckeyes with her fondness of an Ohio-food staple in a new video.

The stop-motion project, which features pierogies slowly moving across a green backdrop and into the formation of the Ohio State Marching Band's classic "Ohio" script signature, was created by Ohio-native, Emily Rasinski.

According to an email sent in to 3News by Emily's father, Tim Rasinski, the OSU fan did not graduate from the iconic Columbus-based college, but she does have some deep roots to the campus.

"Emily is a KSU grad," Tim told 3News. "However, when I did my Ph.D. studies at Ohio State, Emily was a newborn.  She spent the first 4 years of her life living on the OSU campus… so I guess you can say she still bleeds scarlet and gray!"

The video, Emily says, is an ode to the school with "the best damn band in the land," and a food item that is beloved in the hearts of many Ohioans.

"It doesn’t get any more 'Ohio' than OSU football and pierogi - #AmIRight?" Emily's Instagram account captioned the video.

The account, @the_pierogi_experiment, is devoted to Emily's fondness of pierogies, and her love of film and stop-motion video.

"I thought it would be fun to create a platform to celebrate all things pierogi, sharing some of my family recipes as well as some new creations. It's also been fun connecting with other pierogi makers and fans," Emily told 3News of the Instagram page.

In regards to the Buckeyes' Monday night loss against Alabama? Emily said that she thinks that the Ohio State Marching Band not being on the field to support their team.

There is always next year.

RELATED: Rock & Roll Hall of Fame to reopen to the public this weekend; will offer free admission to healthcare workers on January 17