Many feared there would be a new shutdown starting this week but are pleased businesses can remain open for business. 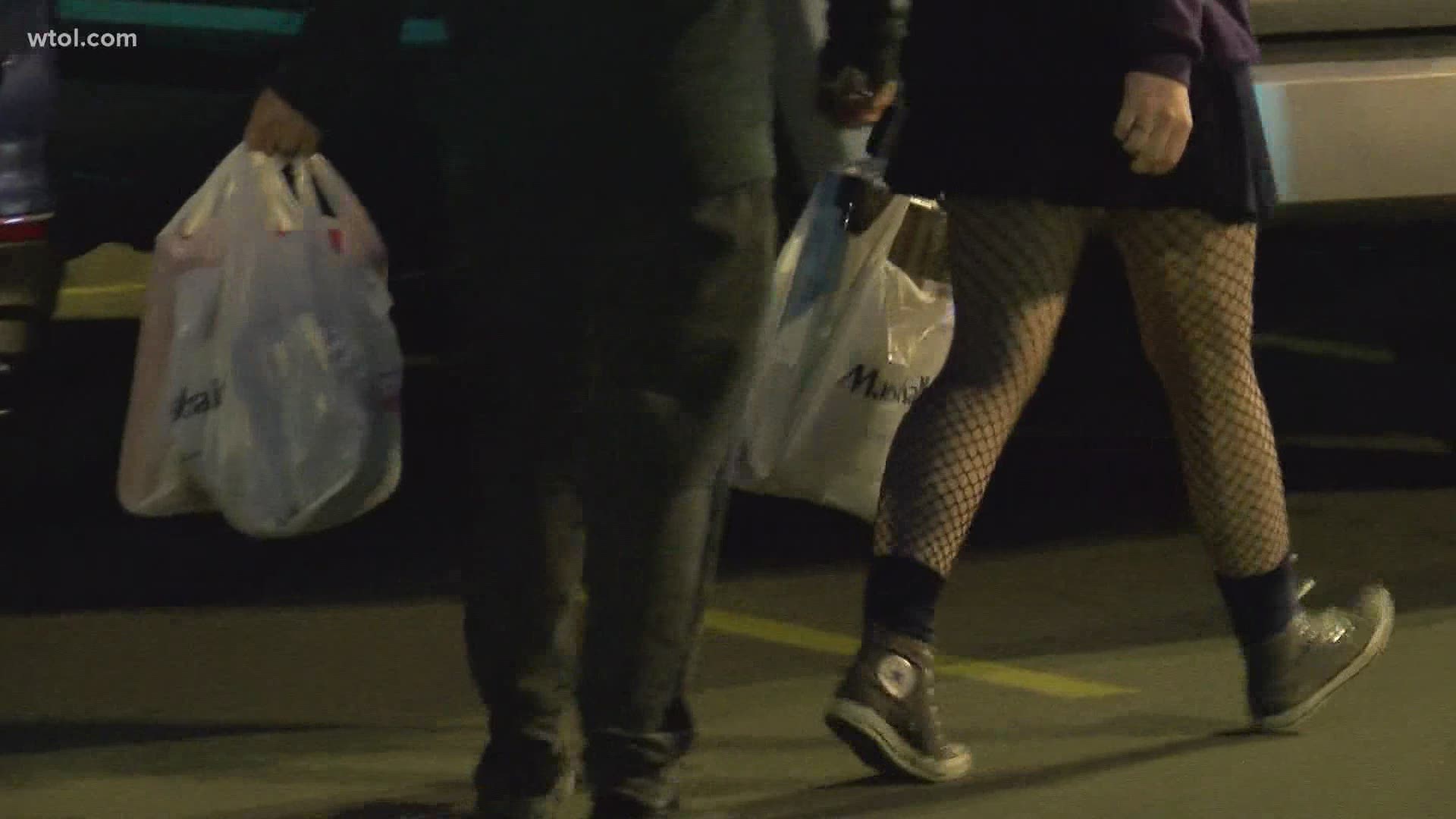 TOLEDO, Ohio — Many Ohio businesses and shoppers feared a shutdown was coming this week as coronavirus cases continue to rise. But Governor Mike DeWine stopped short of closing businesses like happened earlier in the year.

Shoppers in Toledo on Thursday were happy they can still get out of the house and safely head out to stores. They believe everyone should have a choice if they want to go out.

"Everybody has a choice, and they're scared," said one Target shopper, "I understand, but if you are afraid then stay home."

Sarah Tokles owns Nick and Jimmy's restaurant in west Toledo. She says the year has been a challenge to say the least, but she appreciates the governor's choice to let businesses continue to operate and let people make a living.

"I think he's done a great job," said Tokles. "He's very business oriented and he looks at the whole picture. It isn't just based on one or another. He looks at everything."

Meanwhile, shoppers are pleased they still have a choice, some traveling across state lines.

"We live in Michigan and everything is closed," said one Target shopper. "We can't do anything. So we drive across the border so we can shop and have dinner together."

One woman we spoke to who works at a nursing home says she feels safe going out to shop and it should be your choice. But everyone should still be thinking about others when choosing to go out.

Kyesha Pollitz, a mother of two, says the shutdown was hard on her mental health. She believes keeping things open safely this time will help everyone get through this second wave.

"It's a little bit of therapy just to be out and like see people," she said. "You know I have twins at home and for me it's like I need to be out and about to keep myself going if that makes sense."