Noor Abukaram, who was disqualified from a race for wearing a hijab, says it was empowering to watch in person as Senate Bill 181 was unanimously approved Wednesday. 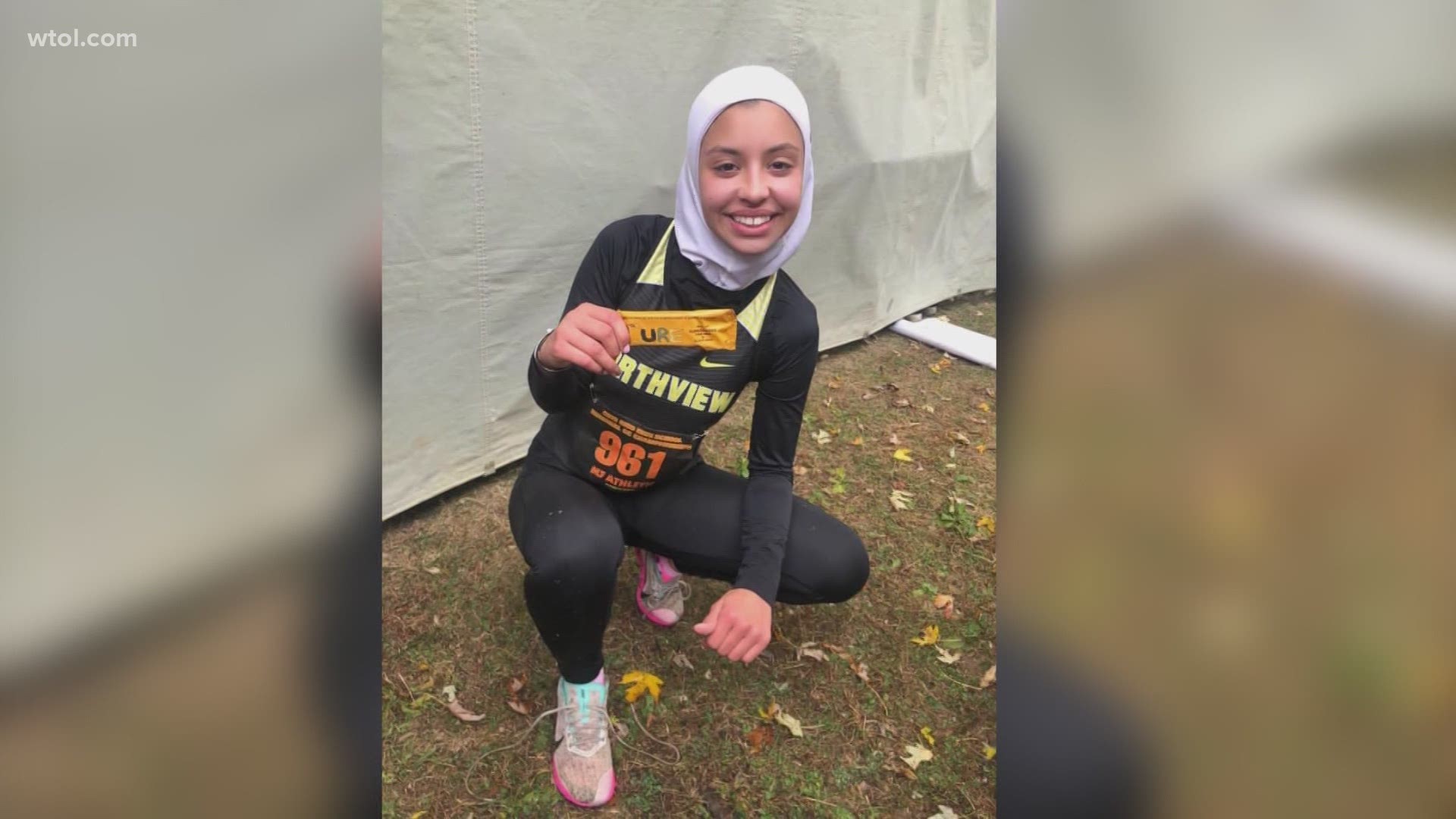 TOLEDO, Ohio — A young Sylvania runner is sparking change in high school sports nearly two years after being disqualified for wearing her hijab during a race.

Noor Abukaram sat in on the Ohio Senate session Wednesday and said it was empowering to watch Senate Bill 181 gain approval; it's legislation that would end discriminating against religious expression for student-athletes passed unanimously.

This is the second time around for the bill which would bar schools from restricting the wearing of religious apparel during sporting events. It comes after she was once again confronted about her hijab by officials during this spring's cross country season.

Back in October 2019, she ran a personal record at a regional invitational in Findlay. After the race, she was disqualified for not obtaining a waiver to wear her hijab, a religious veil worn by Muslim women.

"I do think that there needs to be a closer look into like proper training and sensitivity training for officials on how you deal with certain situations," Abukaram said.

Helping lead the bill was State Senator Theresa Gavarone (R-Bowling Green) who said she took this issue on, personally, as a mom of young athletes herself. She said no student should ever have to choose between their religion and playing the sport they love.

"This should never happen to another student-athlete, and this piece of legislation brought together the Christian, Muslim and Jewish communities. All came out to support this legislation," Gavarone said.

Abukaram graduated from The Bounty Collegium and is headed to The Ohio State University in the fall. She plans to continue growing her initiative "Let Noor Run," born from this challenge to fight discrimination in sports.

"What we've really been focusing on is encouraging diversity in sports, especially high school sports and assuring inclusivity," she said.

Senate Bill 181 now heads to the House for debate, where it must pass before it can be signed by the governor.

Noor Abukaram is pleased after the Ohio Senate passed SB 181, barring schools from creating rules that prohibit wearing religious apparel. The bill now heads to the house for debate. Hear her full reaction at 11 ! @WTOL11Toledo pic.twitter.com/5CGHh9kxxI