Bryan Theatre, like many, will be showing recently released films and classics until movie studios begin new releases again in July. 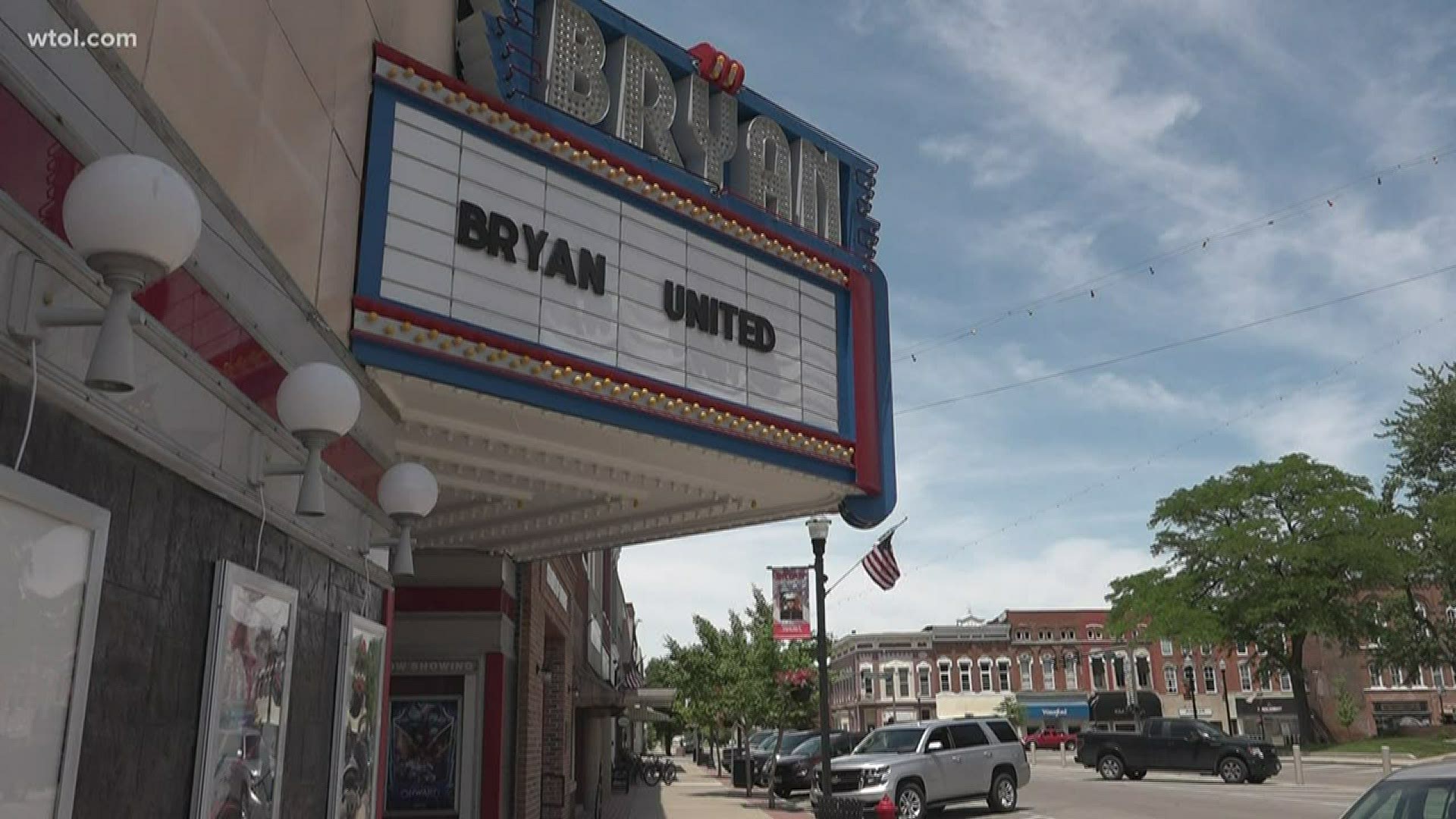 BRYAN, Ohio — The next wave of businesses set to reopen in Ohio and Michigan starts Tuesday. That list includes movie theaters and some local owners are getting ready.

Rodney and Donna Saunders, who own Bryan Theatre, in Bryan, Ohio are excited to reopen, but said they're not expecting long lines right away.

"Just because we can open does not mean we're out of the woods," said Rod Saunders.

The entertainment industry is the last to reopen. But Saunders said they now have a model to do it safely.

"The restaurants are showing people how to do the social distancing," he said, "and how being at 50 percent capacity is a viable way to open up."

Safety procedures will include masks for employees, disinfecting theaters after each show, and cleaning wipes and hand sanitizer stations for customers.

Donna stressed that small businesses owners are problem solvers and they have a new software to sell tickets and keep people socially distanced.

"So if you have a group of five people coming to the theatre, you can sit together as your group of five," said Donna. "But the system will then make sure that any additional transactions have spaces between you and the next group of people."

The theatre is set to reopen on June 19 with a 45th anniversary showing of Jaws.

Rod said the next big blockbuster release won't be until late July with Christopher Nolan's Tenet and Disney's Mulan.

"The reasons for people to come to the movies are blockbuster movies," said Rod. "So it's going to be interesting to see if playing some of the older stuff will draw them back."

The Saunders chose not to reopen right away because they didn't want to interfere with a pop up movie on June 12 from the Bryan Chamber of Commerce. That event is raising money for the city's 4th of July fireworks.

While this summer movie season is uncertain, Saunders is still hopeful it will be successful.