Ohio Gov. Mike DeWine signed the bill back in January. 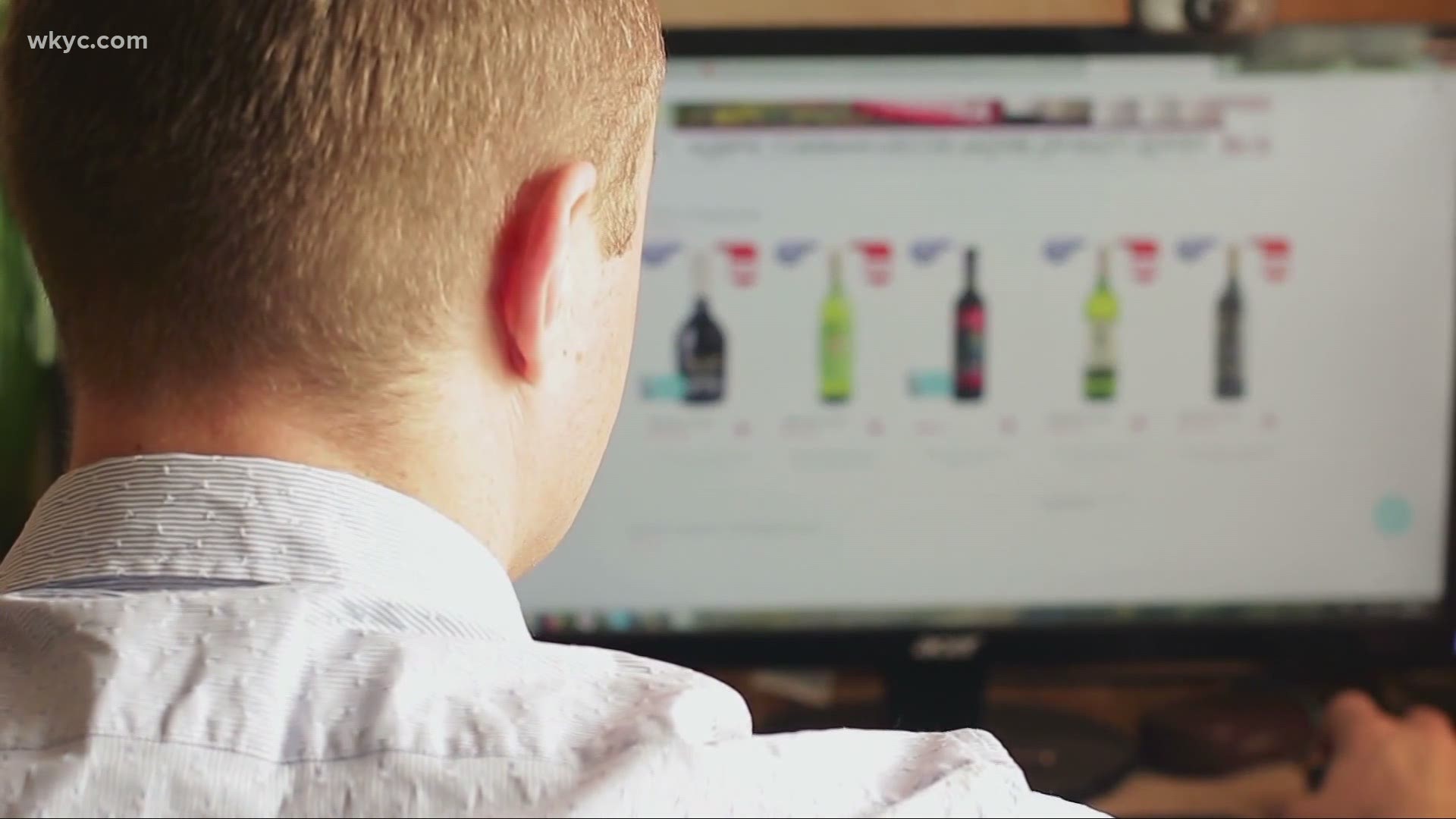 COLUMBUS, Ohio — Would you like some alcohol delivered to your doorstep? That option is now officially law in Ohio thanks to House Bill 674, which makes alcohol delivery permissible seven days a week – including holidays – as long as the beverage remains in its original container.

The person receiving the alcohol delivery must be at least 21 years old.

While the new law allows for it, liquor delivery won't take place until Ohio's Liquor Control Commission creates processes and rules for sellers.

"They're going to give us the okay eventually. But that might be some weeks. But we're speculating. We don't know. They haven't given us much guidance yet," says Jonathan Kerkian, owner of Corkscrew Johnny's, a liquor agent in Ohio.

The state is inclined to move quickly. Ohio is a "control state," meanting they're the wholesaler of liquor across the state. Last year, liquor sales reached a record $1.57 billion, up 19% from 2019. Drizly, an app that facilitates liquor delivery, says Ohio is a trendsetter.

"Control states have a huge revenue stream from the sale of alcohol. And Ohio is one of those states. So it is a leader right now in being the first state that is a control state to authorize the delivery of spirits," says Jacqueline Flug, Senior VP and General Counsel at Drizly.

The law, which went into effect Monday, comes a few months after Ohio Gov. Mike DeWine signed the bill back in January. The Distilled Spirits Council of the United States thanked Gov. DeWine for his support of home delivery by issuing the following statement after the bill was signed:

“Governor DeWine has been supportive of multiple consumer convenience measures throughout the pandemic, and this is yet another example of those efforts,” said Distilled Spirits Council of the United States Vice President of State Government Relations, David Wojnar. “Home delivery of distilled spirits is a win for Ohioans and local businesses alike. We look forward to working with the Ohio Division of Liquor Control, which has long been an advocate for modernization in the marketplace, during the rule-making process to allow responsible home delivery of distilled spirits.”

You can read the full bill below:

Editor's note: Video in the player above was originally published on March 19, 2021.