A conviction on the conspiracy to commit racketeering charge could carry with it a penalty of up to 20 years in prison, a federal prosecutor said Tuesday. 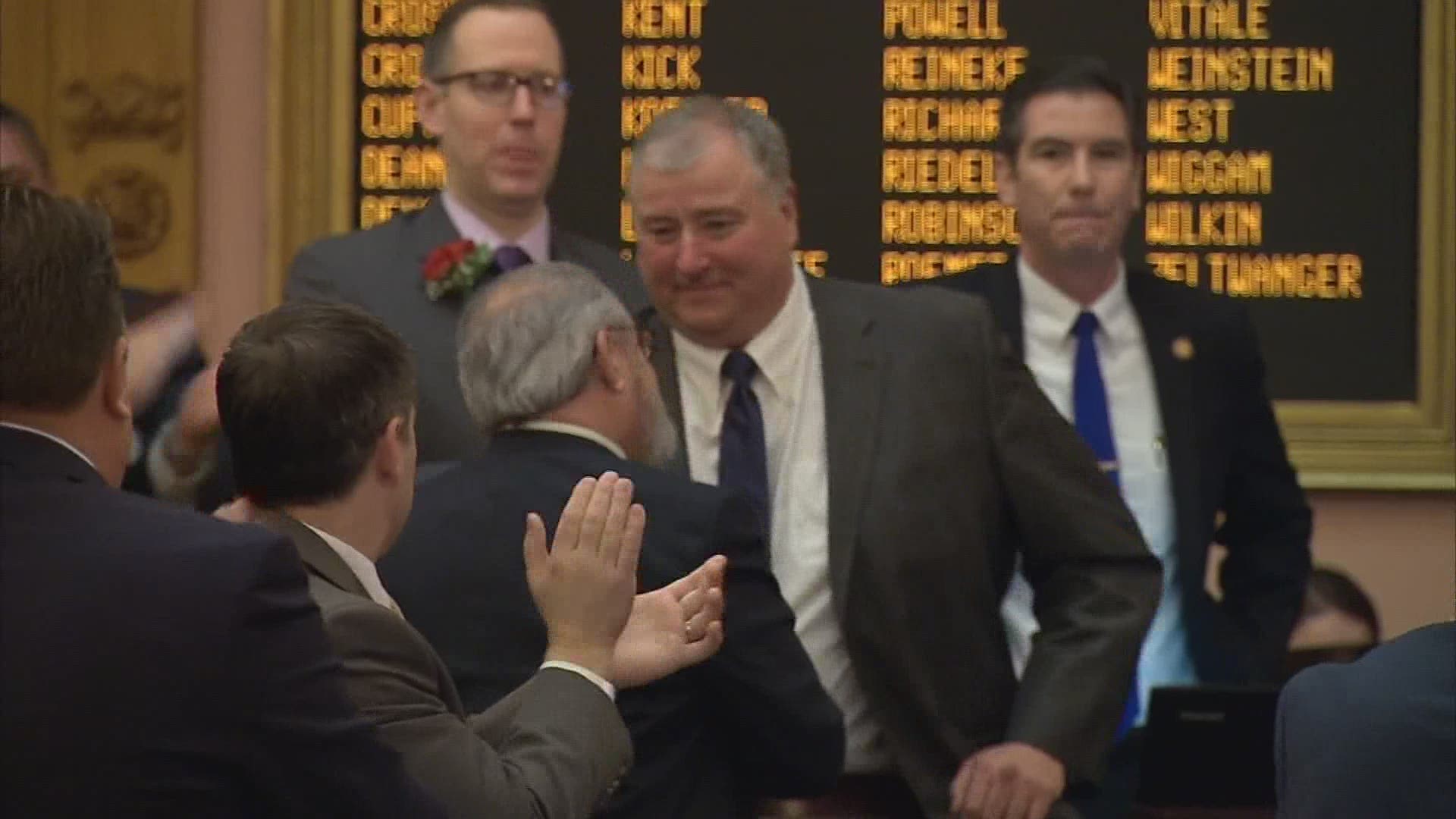 A conviction on the conspiracy to commit racketeering charge could carry with it a penalty of up to 20 years in prison, a federal prosecutor said Tuesday.

Federal prosecutors allege that from March 2017 to March 2020, Householder and others received millions of dollars in exchange for help in passing House Bill 6, a billion-dollar bailout that saved two failing Ohio nuclear power plants from closing.

Householder and his co-defendants are also accused working to “corruptly ensure” that HB 6 went into effect by defeating a ballot initiative that sought to overturn the legislation.

The group charged is also alleged to have received approximately $60 million placed with Generation Now, a political operative group, placed there from an energy company and its affiliates during this three-year period.

The four other men charged alongside Householder are lobbyists or GOP operatives. All appeared via video conference in federal court Tuesday.

I asked @HouseholderOH if he had anything to say to Ohioans in light of the allegations against him. He had no comment. @10TV pic.twitter.com/qmiAstwp5i

WATCH LIVE: Coming up at 2:30, Federal officials will hold a press conference after Ohio House Speaker Larry Householder and four other people were arrested Tuesday in a $60 million federal bribery investigation https://bit.ly/3eQY1Zj

10 Investigates listened to the hearing.

Those who appeared were: Jeff Longstreth, Neil Clark, Matt Borges and Juan Cespedes. Longstreth has served as an advisor to Householder.

RELATED: Who are Larry Householder and others charged in alleged bribery scheme?

Prosecutors did not request that the men be held in federal custody but did demand that as a condition of their bond, they must turn in or not seek passport, must turn over any firearms they possess, must not have contact with co-defendants and must not travel outside the southern district of Ohio while the case is pending.

“I am deeply concerned about the allegations of wrongdoing in the criminal complaint issued today by the U.S. Attorney’s Office. Every American has the presumption of innocence until proven guilty. Because of the nature of these charges, it will be impossible for Speaker Householder to effectively lead the Ohio House of Representatives; therefore, I am calling on Speaker Householder to resign immediately.

RELATED: Who would be next in line for Ohio House Speaker?

“This is a sad day for Ohio.

As Ohioans are grappling with a public health and economic crisis like we haven’t seen in generations, this is an unnecessary distraction from the very important business facing our citizens. Because of this, we demand the immediate resignation of Larry Householder as Speaker of the House and implore our Republican colleagues to announce a new leader for this body as soon as possible. We cannot let this situation distract us from the important work that needs to get done.

There's no enjoyment in today’s news which will no doubt lead to the further deterioration of the public’s trust in our institutions.”

"As a former House Speaker, it makes me incredibly sad.

"With the announcement of today’s criminal complaints, the Speaker can no longer effectively perform his duties and should resign.

"Larry Householder sold out the people of Ohio in exchange for power and dirty money. The 81-page sworn affidavit filed today shows plainly he cannot be trusted to act in the public interest, or trusted with public authority.