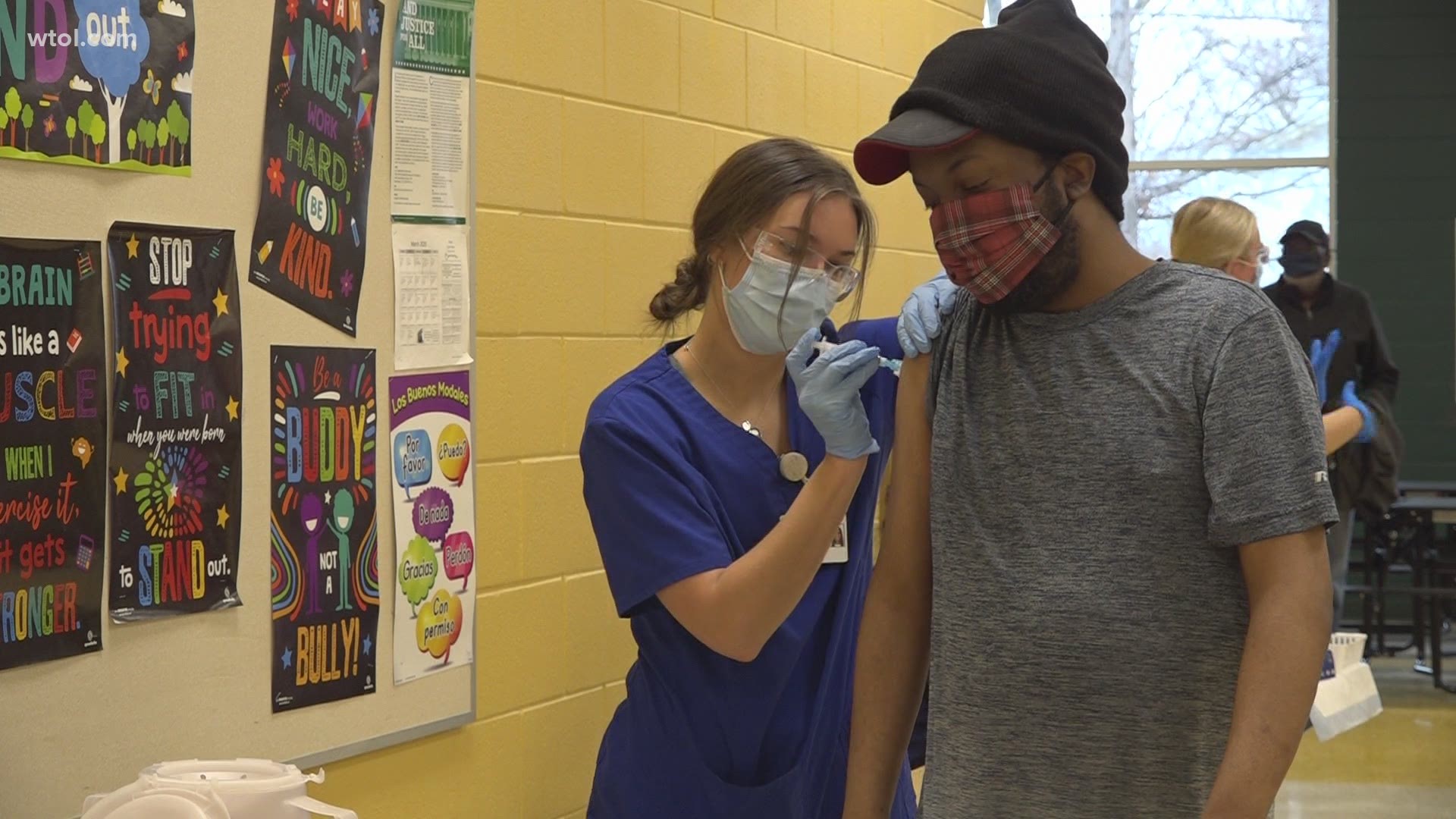 TOLEDO, Ohio — Several organizations in Toledo are at the forefront of vaccinating minorities.

But news of the Johnson & Johnson vaccine being investigated for potentially causing blood clots, despite evidence of only a few cases, isn't helping.

"Obviously, when there's any news of holding back on a vaccination, it increases the hesitancy. The people that have been hesitant before might say, 'well, I'm glad I held off,'" explained Dr. Richard Paat, Clinical Professor of Internal Medicine at the University of Toledo.

He and others like Greg Braylock Jr. with the VProject are asking minorities to consider the facts.

Leaders with the Farm Labor Organizing Committee (FLOC) say the group administered about 60 doses to migrant workers last weekend and all of the workers are doing well.

"The one-shot treatment is an enormous advantage to agriculture. Unlike the other situations when you have a year-round residency somewhere, migrant workers that come and go and are working in short-term crops," said FLOC president Baldemar Velasquez.

Velasquez has a message, if you're still reluctant.

"You don't stop eating tacos because somebody ate a bad taco somewhere. And you've got to not paint everything with a broad brush," said Velasquez. "There's three different vaccines that are being used and two of them have been used successfully. They're safe, and so we go with the track record."

He adds FLOC wouldn't ask you to do something they wouldn't do first.

The Minority Health Committee will also be going door to door and making phone calls to spread the correct information.

Meanwhile, FLOC will continue administering the Pfizer and Moderna vaccines.