His visit to Cleveland comes just one day after announcing a statewide curfew that will be in effect throughout the next three weeks. 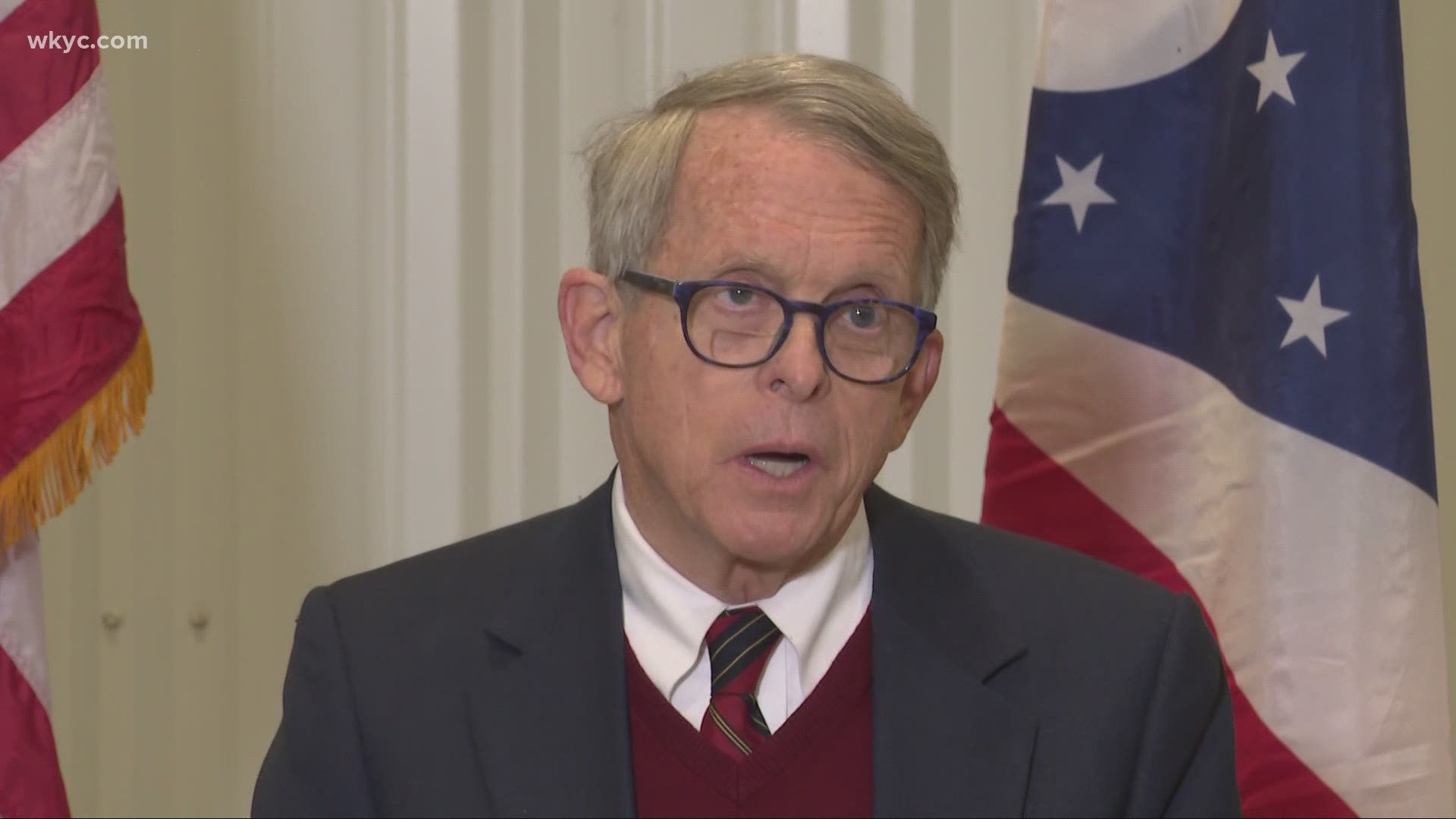 Gov. DeWine opened his comments at Burke Lakefront Airport by highlighting the promising news of the vaccines that were announced within the last few days. He acknowledged, however, that distributing those vaccines will take some time.

He also discussed his concerns about hospital staffing throughout the state of Ohio.

“When we talk about stress on the hospitals, the real stress is going to be – and is already – on the personnel. We have no place to borrow nurses. We have no place to borrow doctors. ... Even if we turn this ship around right today, we know that this hospital admissions, at least for a while, are going to continue to go up. That’s what’s scary. This is not sustainable. We have to turn this thing around, and we have the ability to do it. I’m asking every Ohioan to cut back on things you’re doing. Stay home more.”

His visit comes after the city recorded 509 COVID-19 infections for Nov. 16 and 17, marking Cleveland's highest number of coronavirus cases within a two-day period since the pandemic began.

You can watch his full press conference in the player below:

“Some of us in emergency medicine think it’s from Halloween," she said. "The timing is right.”

She also added that COVID-19 has lasting impacts that are still being evaluated.

“Yeah, you can get over it, but it has some long-term consequences in terms of cardiovascular disease, in terms of neurologic disease. We’ve seen many, many patients who come in, they get over the disease and then come back or have a heart attack or a stroke even though they’ve markedly improved in other areas. This has some effects on the vascular and neurologic system that we’re not truly aware of yet, but it’s there. It can happen in really young, health people. This is not something you want to get. This is not innocuous. We have to do everything we can to keep away from it."

With COVID-19 cases on the rise across, Gov. DeWine has also announced a new statewide curfew that goes into effect Thursday night for the next 21 days.

"We're not shutting down, we're slowing down," he said in a press release. "The curfew is aimed at helping to reduce the number of person-to-person contacts because the only way virus lives is when it goes from one person to another. We have to flatten this curve again and get this under control."

But is the curfew enough? He was asked for his thoughts on other large-scale events like Cleveland Browns games.

“I don’t worry about people who are outside, wearing masks, socially distanced in a place [FirstEnergy Stadium] that we’ve got one-fifth the capacity, basically. What I worry about, is the people who are watching the Browns game, sitting in their basement with four or five buddies and not wearing a mask.”