Ohio Flags of Honor Memorial arrives in Rossford for weekend

The Ohio Flags of Honor Memorial is making a stop here, one of 16 this year around the state. 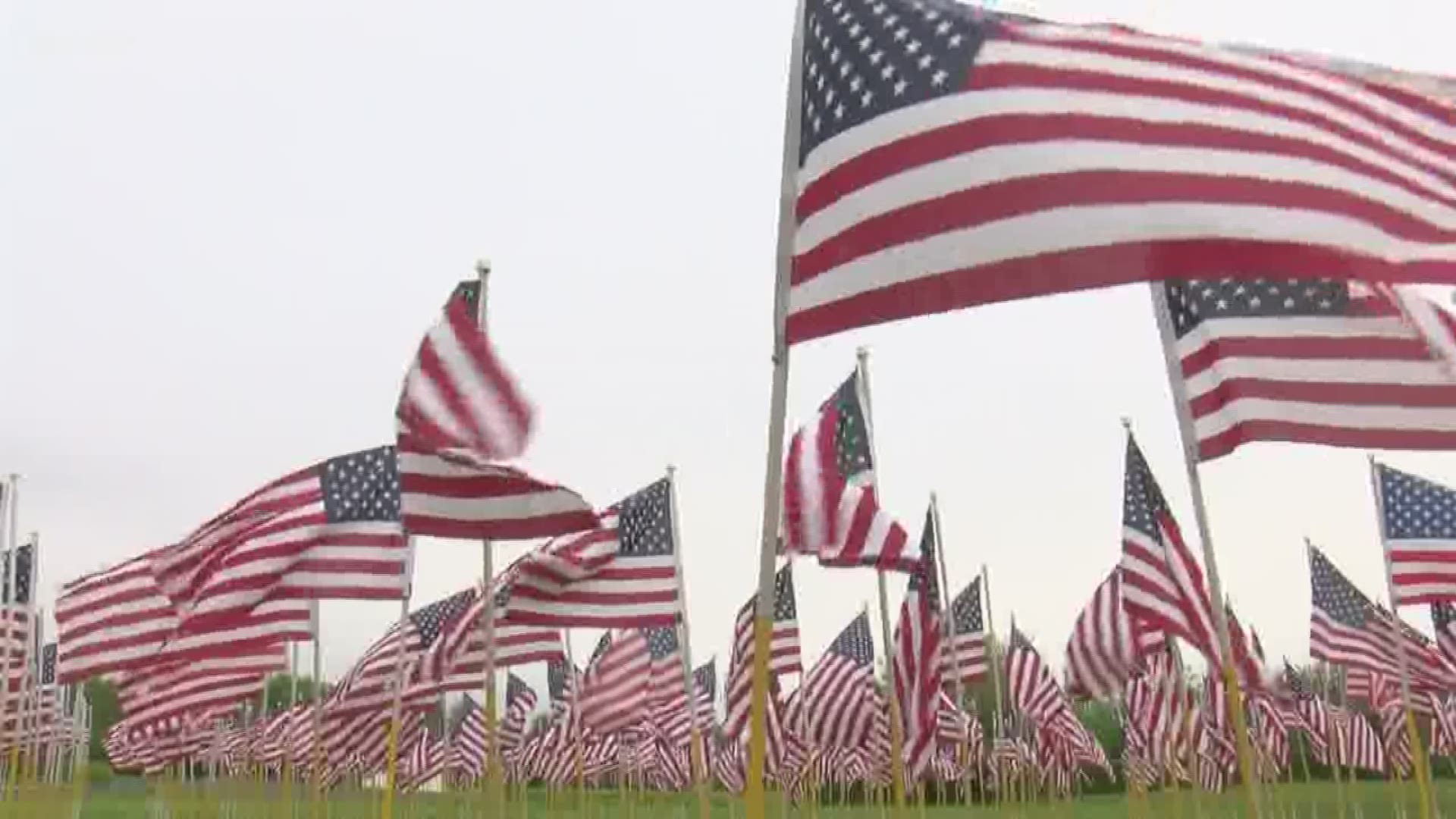 ROSSFORD, Ohio — It's an amazing sea of red, white and blue this weekend in Rossford.

The Ohio Flags of Honor Memorial is making a stop here, one of 16 this year around the state.

At an emotional opening ceremony a name is read.

A flag is then placed in the ground to honor an Ohio soldier killed in Afghanistan, Iraq or globally in the War on Terrorism.

A bell is then rung.

Three hundred one flags are planted.

The most recent fallen hero is Army Sgt. Joseph Collette of Lancaster who died in March in Afghanistan.

Those who come are reminded about the cost of freedom.

"It's a shame that we have to get involved in that kind of stuff and our young men and women don't come home," said Ron Schramm.

"It's touching that all these people sacrificed so we can be free," added Bernie Wanner.

The memorial was founded by Gold Star father Gino Zimmer. In May, 2004, his son Nicholaus was killed in Iraq.

"These men and women weren't drafted. They went on their own free will. Knew the dangers they were getting into," he said.

"The memorial is so beautiful in the way that it honors all the Ohio soldiers lost in Iraq and Afghanistan," she said.

The Ohio Flags of Honor will remain on display at the IBEW/NCEA complex on Line City Road in Rossford through Sunday at 2 p.m. when closing ceremonies will be held.

All here hope another flag will never have to be added to his solemn memorial.