A record number of Ohioans participated in the 2020 election, as nearly 6 million voters made their voices heard. 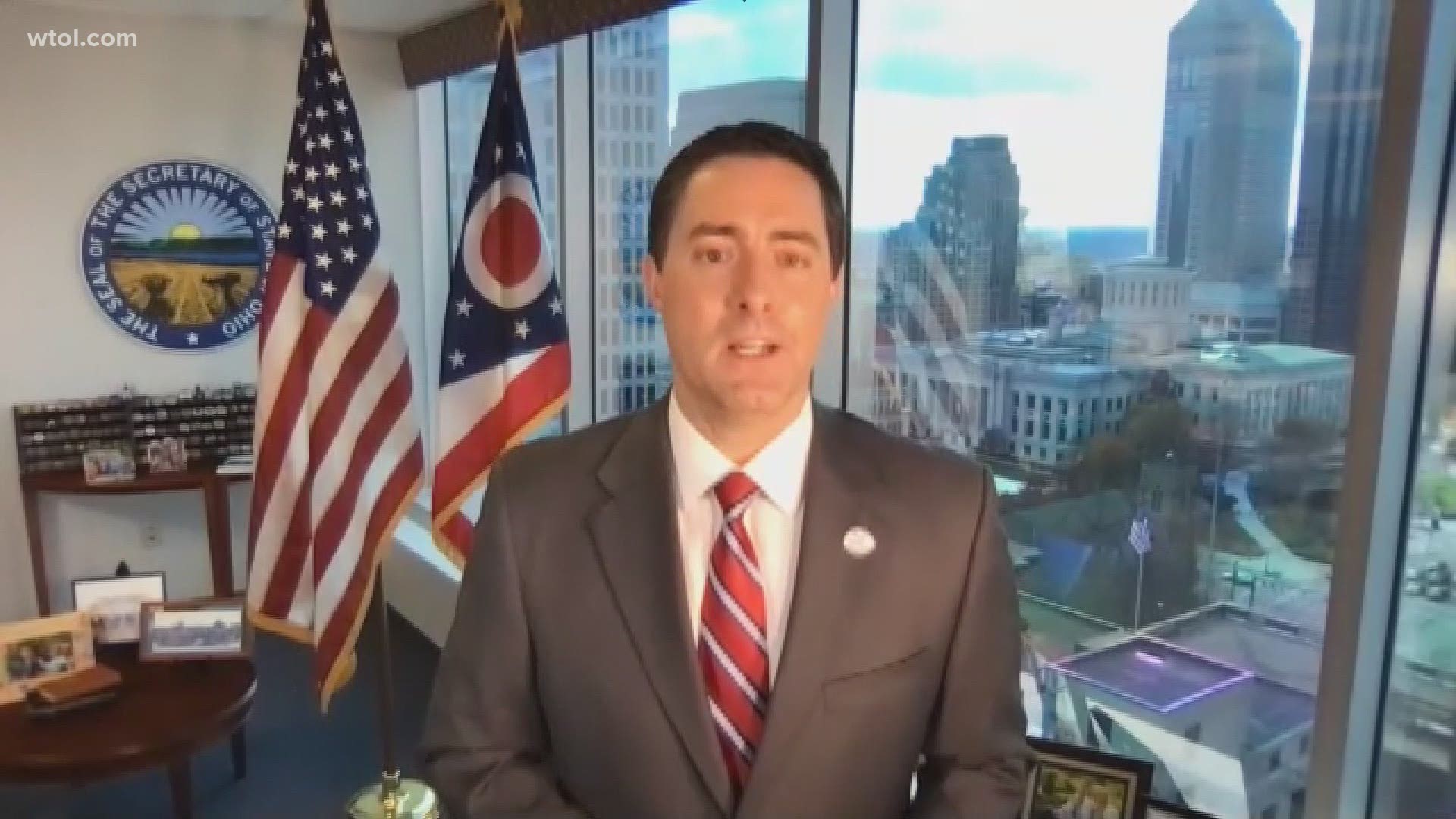 Ohio's 2020 general election results were officially certified by Secretary of State Frank LaRose on Friday, in a year when the state saw record-breaking voter turnout.

"You sweat in peacetime so you don't bleed during the battle, and I think my team here in the secretary of state's office, in our 88 counties board of elections, probably got sick of hearing that from me, but the idea is, we did our sweating throughout the summer and in the spring to make sure when the world was watching Ohio is ready," LaRose said.

LaRose said he was inspired by the nearly 6 million voters who made their voices heard, making 74% turnout for the state.

"Nothing short of inspiring is what this election was. First of all, it was the most challenging set of circumstances that anyone could imagine. Running an election in the midst of a global pandemic is a huge challenge, but the fact that Ohioans rose to the occasion," LaRose said.

LaRose said that despite there being new challenges with mail-in ballots, he was pleased that the number of rejected ballots was lower than the last election.

LaRose said that hopes voting by mail will be more common in the future and is making sure that our local postmaster and local election officials work together so that every vote is there on time.