$600,000 will be held in a trust titled 'The Fostoria, Ohio Community Trust.' The trust is being created for the purpose of improving public health and wellness. 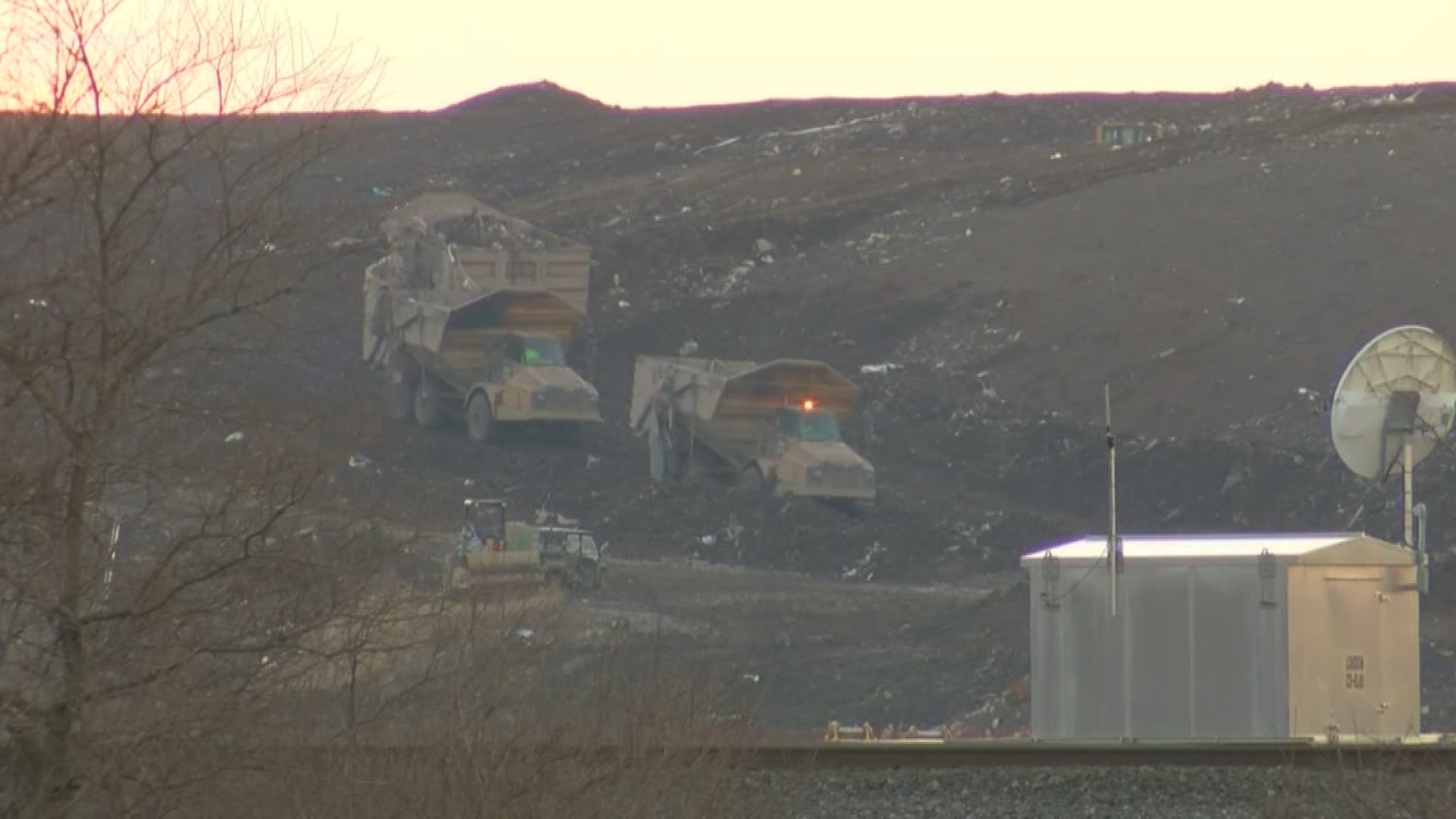 TIFFIN, Ohio — Monday's hearing for Sunny Farms Landfill before the Seneca County Health District has been postponed indefinitely after a Thursday night consent agreement was reached between the landfill and the Ohio Environmental Protection Agency.

At a Feb. 28 meeting, the Seneca County health board voted with intent to deny the license for the landfill after years of complaints from residents about strong odors in the greater Fostoria area. Board members at that meeting received a standing ovation from frustrated residents when they voted to put Sunny Farms on notice that its license was in jeopardy. The landfill cannot operate without a license.

“If just one bad egg can spoil the bunch, imagine the damage one rotten landfill can do,” Ohio Attorney General Dave Yost said. “The people of Fostoria don’t have to imagine that stench. They’ve lived through it and it’s our hope the settlement today will offer a breath of much needed fresh air.”

The landfill was expected to make its case for renewal before the board on Monday at 9:30 a.m. However, the company entered into a consent agreement with the EPA late on Thursday. As a result, the board canceled the Monday morning meeting as it considers its next move.

The landfill's senior vice president Matthew Neely released the following statement Friday night: "Sunny Farms Landfill is pleased to announce that after months of dedicated work by the facility to upgrade and improve its operations and environmental safeguards, the Ohio Environmental Protection Agency has determined that the landfill is in substantial compliance with applicable regulatory requirements. Ohio EPA has advised the Seneca County General Health District (SCGHD) that the Agency has no objection to the issuance of an operating license to Sunny Farms.

"During the past several months, Sunny Farms has worked closely with Ohio EPA, the SCGHD, the OSS Joint Solid Waste Management District, the Seneca County Commissioners, local trustees, and residents in Fostoria and surrounding communities to address their concerns. It has spared no expense to eliminate potential odors at the landfill, as members of the SCGHD Board were able to confirm themselves during a tour of the facility yesterday afternoon.

"Those concerns have been addressed with millions of dollars of investments in processes and technology that now make Sunny Farms one of the best managed landfills in Ohio.

"We appreciate Ohio EPA’s willingness to work cooperatively with us to resolve these issues, as well as SCGHD’s willingness to take these improvements into account in its consideration of Sunny Farms’ license renewal application. We look forward to continuing to work closely with these agencies in the future."

Health Commissioner Beth Schweitzer said that she had not reviewed the agreement yet, but that board members would talk about it at their Aug. 5 meeting.

"There definitely have been improvements," Schweitzer said. "We want to continue to be vigilant and do what we need to do to keep our citizens safe and healthy."

The settlements filed in Seneca County Common Pleas Court state that $1.1 million of the fine will be paid to the OEPA and $600,000 will be held in a trust titled “The Fostoria, Ohio Community Trust.” The trust is being created for the purpose of improving public health and wellness in and around the Fostoria community and/or for the protection, conservation, preservation, and enhancement of the air, water, public lands and natural resources in and around Fostoria.

The settlements also include benchmarks and regulations about future operations at the landfill. The Seneca County Health Board had threatened to deny Sunny Farms its operating license.

“We now have a clear plan moving forward, with the full backing and authority of the court, to ensure that short and long term environmental issues at Sunny Farms are effectively addressed,” said Laurie A. Stevenson, OEPA director. “This consent order also sets aside funding for community projects to improve the quality of life for residents of Fostoria and areas surrounding the landfill.”

11 Investigates has released a number of stories this year detailing the frustrations of residents, who have complained of health issues and being inconvenienced by sulfur dioxide emissions from the property. The landfill has invested millions of dollars into technology and processes to control the odors.