'We must work to build and not destroy': County officials decry riot, fire at Multnomah Building

Both the Multnomah County Chair and Sheriff spoke out about damage to a building that is the hub of county government. 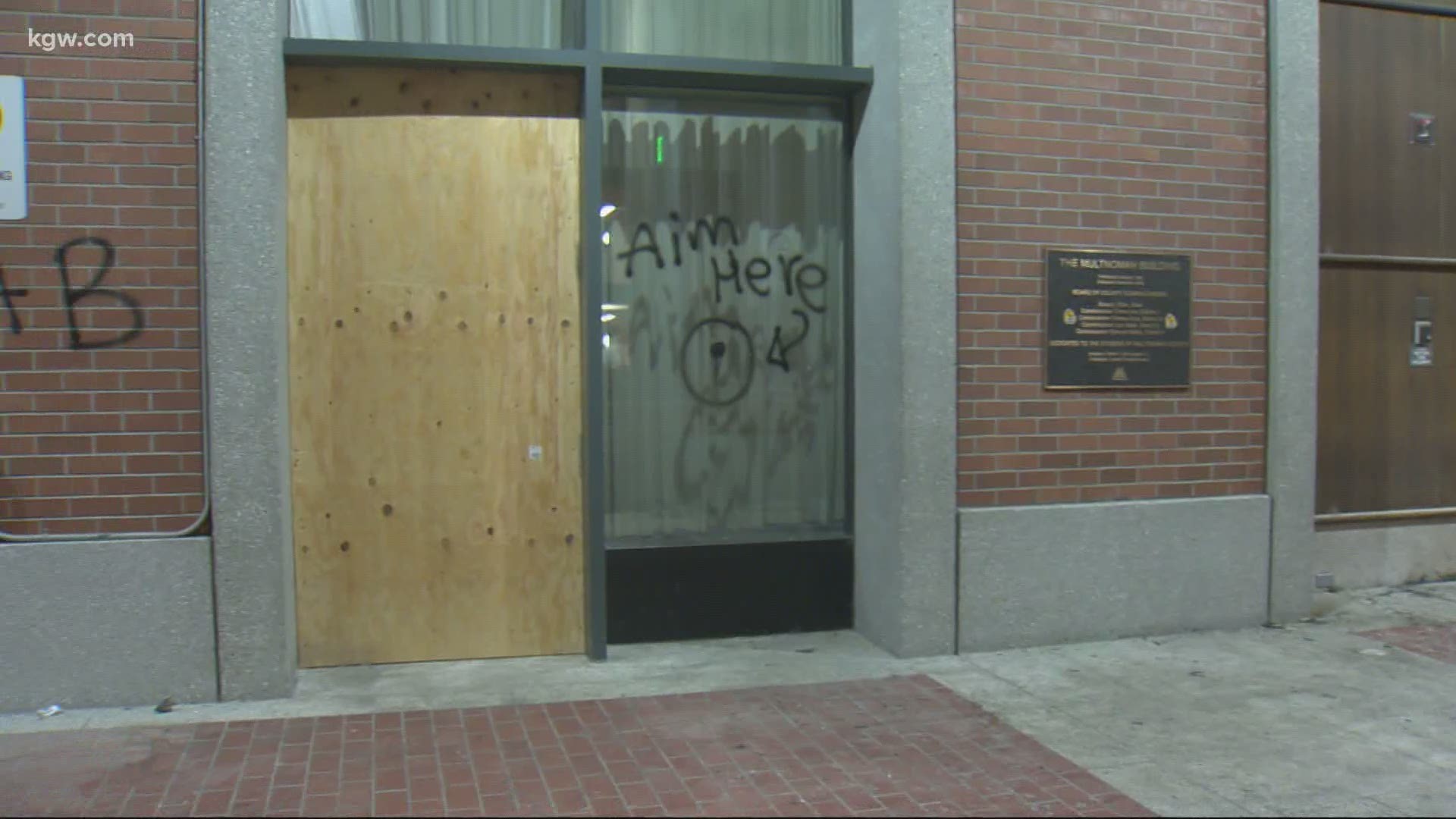 PORTLAND, Oregon — The day after some people broke windows and started fires at the Multnomah Building, officials said enough is enough, when it comes to the violence.

Multnomah County Chair Deborah Kafoury and Sheriff Mike Reese both appeared in a news conference via Zoom on Wednesday. Both expressed support for the ideals behind the Black Lives Matter movement and for peaceful protest. But both drew the line at the type of destruction and violence that has been a regular late-night occurrence in Portland recently.

"We understand that the demonstration that took place in front of the Multnomah Building was largely peaceful, until some of those who were a part of the demonstration broke windows and set a fire, in the Office of Community Involvement: a space dedicated to community members who have been marginalized by the traditional political process," said Kafoury, noting the irony of that fact.

Kafoury also noted that previous damage costs to the county Justice Center and Central Courthouse is already at $1.3 million over the course of the protests in Portland.

Sheriff Reese said destruction is serving no one.

"A line is crossed when peaceful protests become violent, the unprovoked actions by those who engaged in criminal behavior last night is reprehensible, the damage and destruction, profane and hateful graffiti and setting fire to public buildings is simply violence," said Reese.

Portland Police Chief Chuck Lovell weighed in with a statement, writing in part, "Breaking windows, using accelerants to ensure a fire catches and damaging property are not solutions, but further demonstrate the intent to engage in anarchy at the expense of the entire community. To effect change, we must work to build and not destroy."

Mayor Ted Wheeler wrote in part, "I continue to support and encourage demonstrations calling for racial justice and police reform. I condemn the criminal destruction that occurred last night at the Multnomah County Building. This type of destruction makes the community less safe."

But one thing missing on Wednesday was a clear answer for how law enforcement can stop the criminal acts before they begin. Sheriff Reese said it is a challenging balance.

"We have to manage the few people who may be engaged in violent activity when there may be a larger crowd that is present and not engaged in violence and maybe largely peacefully protesting," said Reese. "So again I really commend the Portland Police Bureau, our deputy sheriffs and the Oregon State Troopers for their good work in trying to manage really complex situations."