'He leaves behind a 7-year-old daughter, a 3-month-old son, and other family members. Our hearts go out to them,' the governor said during Tuesday's news conference 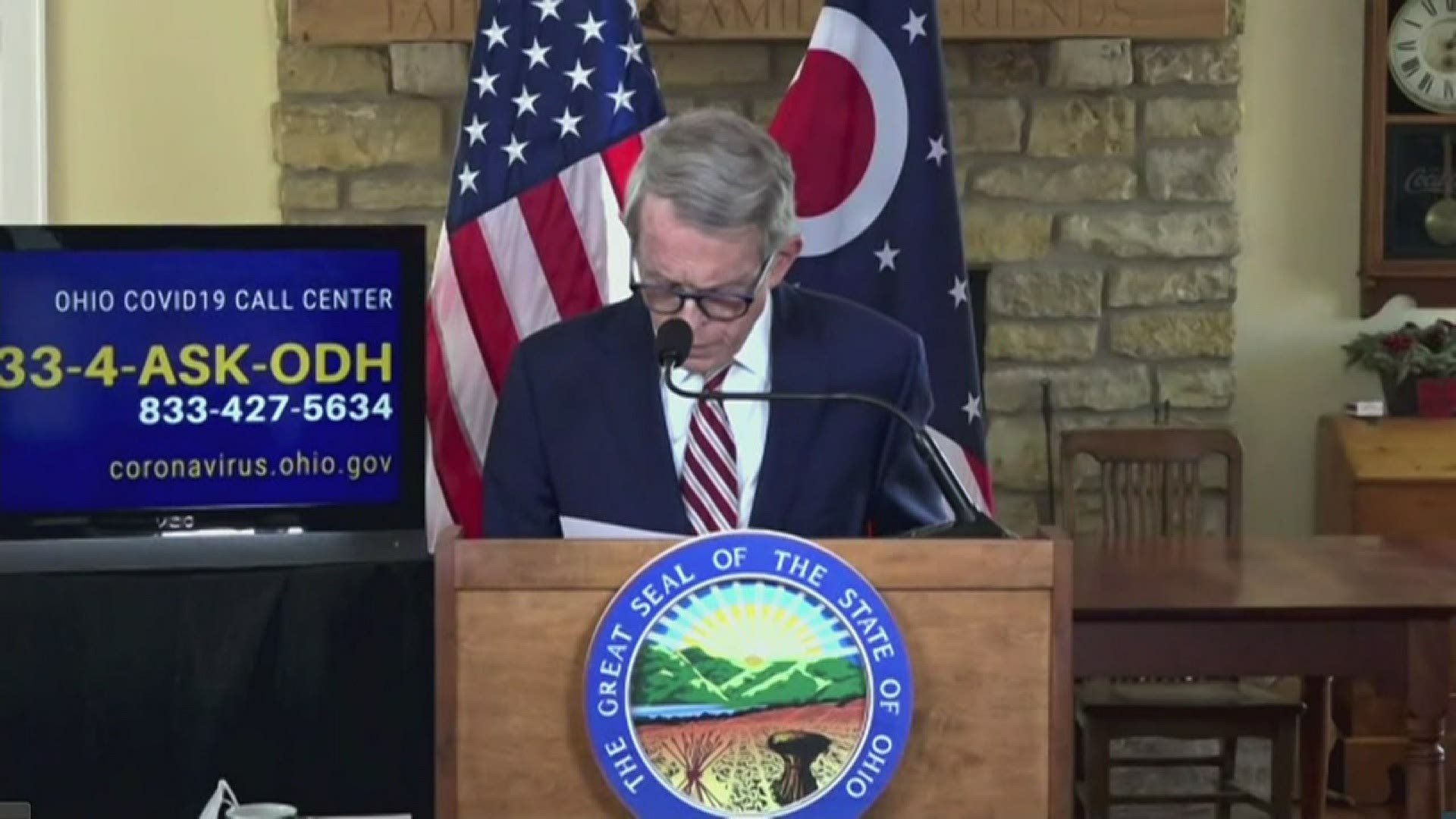 Stalker was shot in the line of duty Monday during a standoff in central Toledo.

"Before we begin today, I want to honor TPD officer Brandon Stalker. He was killed in the line of duty yesterday," DeWine said. "He leaves behind a 7-year-old daughter, a 3-month-old son, and other family members.  Our hearts go out to them.

"This is the 2nd Toledo police officer killed in the line of duty in the last 6 months," DeWine noted.

He then led a moment of silence during the news briefing.

The events leading up to Officer Stalker's death began just before 4 p.m. on Monday as officers spotted Chris Harris, who was wanted on warrants related to vandalism of Rosary Cathedral earlier in the day, outside of a residence on the 2200 block of Fulton Street.

When police approached the Fulton Street residence, he went around the corner, brandished a firearm and then fled inside his house.

Kral said officers set up a perimeter before calling in negotiators and the city's SWAT team, which he said is the normal course of action whenever there is a barricaded suspect. Stalker was stationed on the perimeter to keep residents away from the scene.

Officers reportedly tried to negotiate for two hours with Harris. However, these attempts were unsuccessful. The SWAT team fired tear gas into the house in an attempt to exit the home and surrender. Stalker was not a member of the SWAT team but was doing perimeter security work during the standoff.

The governor ordered that flags in Lucas County and across Columbus be lowered to half-staff until sunset on the day of Stalker's funeral.

RELATED: Gov. DeWine orders flags in Columbus to be lowered at half-staff in honor of fallen Toledo police officer