It's the second memorial bench Toledo woodworker Robb Moore has made in six months for a police officer killed in the line of duty. 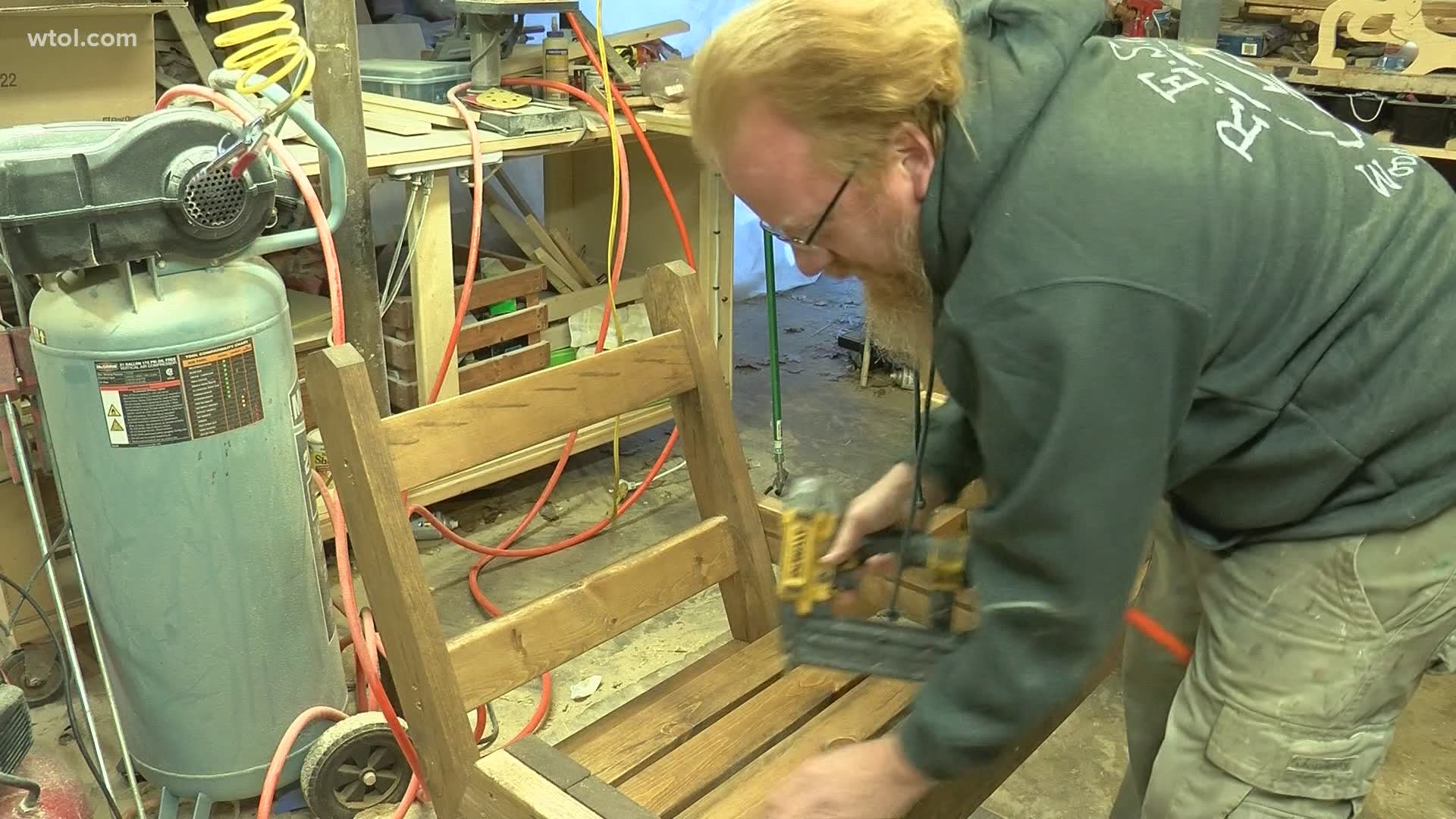 TOLEDO, Ohio — Months after putting together a memorial bench for another fallen Toledo police officer, a local woodworker is at it again, this time for fallen Toledo Police Officer Brandon Stalker.

Robb Moore, a lifelong Toledoan, is using his passion for woodwork to give back to the community he says has given him so much. He's creating the second memorial bench for the second police officer killed in the line of duty in the last six months.

"It broke my heart," said Moore. "Again, another young kid. I have children older than him and it's sad to see, he's starting a family."

Last July, Moore created a memorial bench for Officer Anthony Dia, who also was killed in the line of duty.

"The police department is very important to me," said Moore. "I'm always a 'I got your six guy'. The community has done so much for me and my business that I give back as much as I possibly can."

Moore does all of the craftsmanship himself.

"I have to cut every piece," he said. "There are 56 pieces per bench. I have to cut them all, individually sand them all and then I assemble."

Moore's woodwork hobby blossomed into a business after the pandemic eliminated his job of 35 years in the foodservice industry.

"I had a buddy of mine ask me to build him a little squirrel feeding picnic table," he added, "and many many many of those tables later...I started a little business."

His business that is now over 3,000 strong in his business group on Facebook.

"I don't have to think of a thing to build," he noted. "I wake up in the morning, look at my Facebook and there's 10 different things people want."

What started as the worst year, he says, turned into the best year after finding what he calls his new career.

"It's not work. It's fun," he said. "It's that old stupid saying, if you do something you love, you'll never work a day in your life. I haven't worked since COVID started."

It's become a labor of love, says Moore, creating masterpieces for his neighbors and supporting the community when he can.

"This community helped me. It saved my house, it saved my life," he said. "It started a business for me. So I try to give back as much as I get."

The memorial bench is a simple way to give back and he hopes, knock on wood, it's the last he'll build for this reason.

UPDATE: Moore has finished the bench to honor Ofc. Stalker. He shared photos of the finished product with WTOL 11.

Moore says he has been asked to build a second bench to place at Stalker's alma mater, Whitmer High School.