Officer Stalker is the second Toledo police officer shot and killed in the line of duty in the last year. Officer Anthony Dia was killed by a gunman on July 4, 2020. 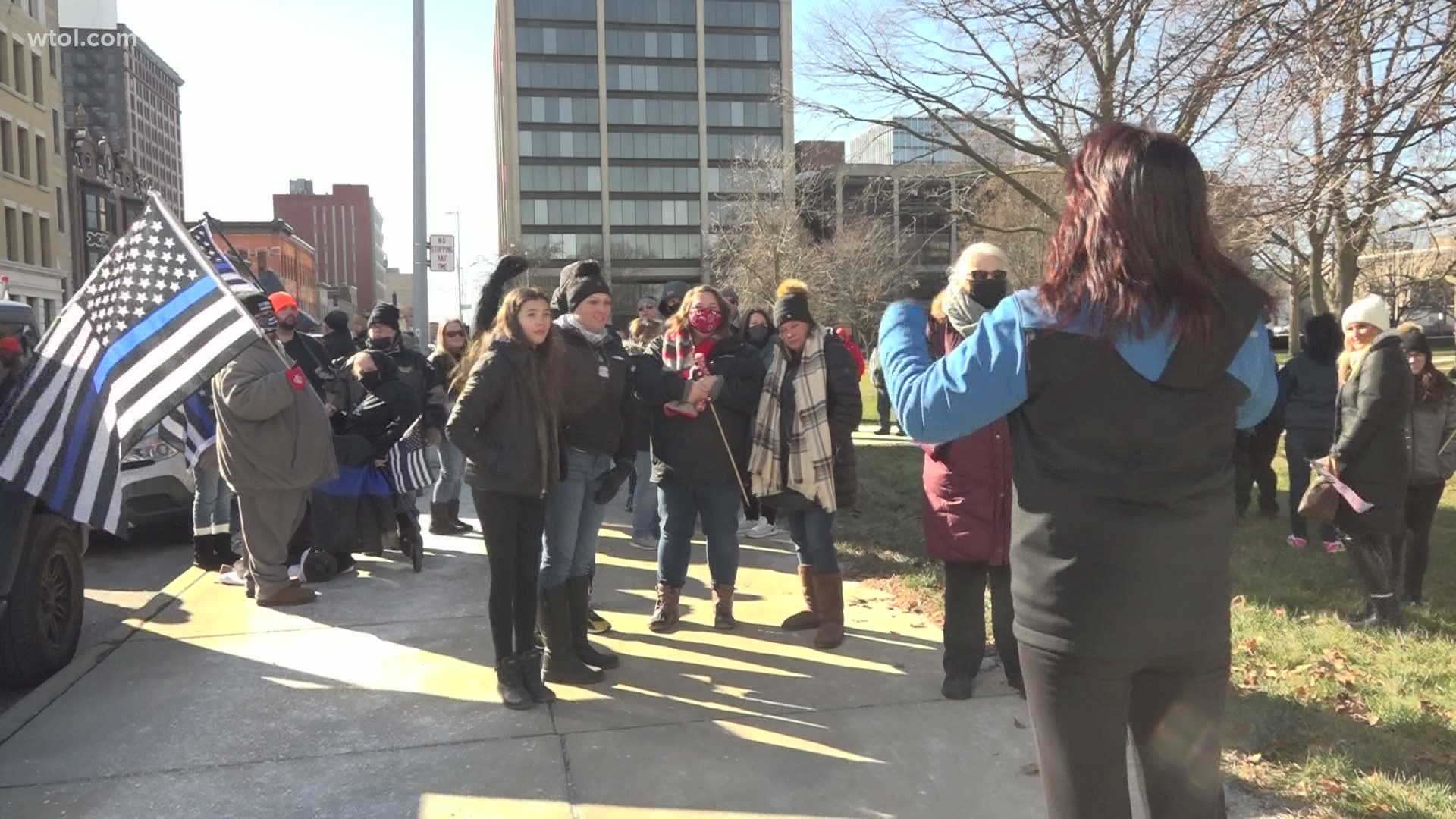 TOLEDO, Ohio — Loved ones and strangers came together as one outside the Safety Building in downtown Toledo on Saturday afternoon to support Officer Brandon Stalker's family, and brothers and sisters in blue.

"It's been really hard. He was my only boy, he was my best friend," said Cosette Stalker, Officer Stalker's mother.

Stalker was shot and killed in the line of duty, while working perimeter security at a standoff in central Toledo on Monday.

"He loved everybody, always had a smile on his face, would do anything for anybody," said Stalker's mother.

The heartbreak is a feeling many are still coming to terms with, including one of Officer Stalker's best friends of more than 10 years, Lynn Allison.

"It's definitely been hard, it's unreal still. It's hit me but it hasn't hit me, if that makes sense," said Allison.

Toledo Police Chief George Kral says much of the force, including himself, is on auto-pilot.

They are still in shock and denial but, grateful for the encouragement that's been coming in.

"When we see the amount of support from not just Toledoans, but Michigan, all across the country. I've been getting phone calls and letters and phone calls" said Chief Kral. "It really means a lot to the officers to know that while what happened was tragic, they still have the majority of the people's support."

Officer Stalker is the second Toledo police officer shot and killed in the line of duty in the last year. Officer Anthony Dia was killed by a gunman on July 4, 2020.

As it was after Dia's murder, support for Officer Stalker's family and his fellow police officers has been in full force in the days following the tragic shooting, even from people who never knew the 24-year-old.

"I feel really bad that this does happen. Because it shouldn't happen. People need to respect the police officers more. So, I come down here often to pray at the rosary for the Toledo Police and all the police officers," said Toledoan Kristi Kille.

A prayer for a community in mourning, as they remind Officer Stalker they've got his six from here.