The First Alert Weather Team is tracking a potential snowstorm for Monday and Tuesday. ODOT crews are already preparing should roads become hazardous. 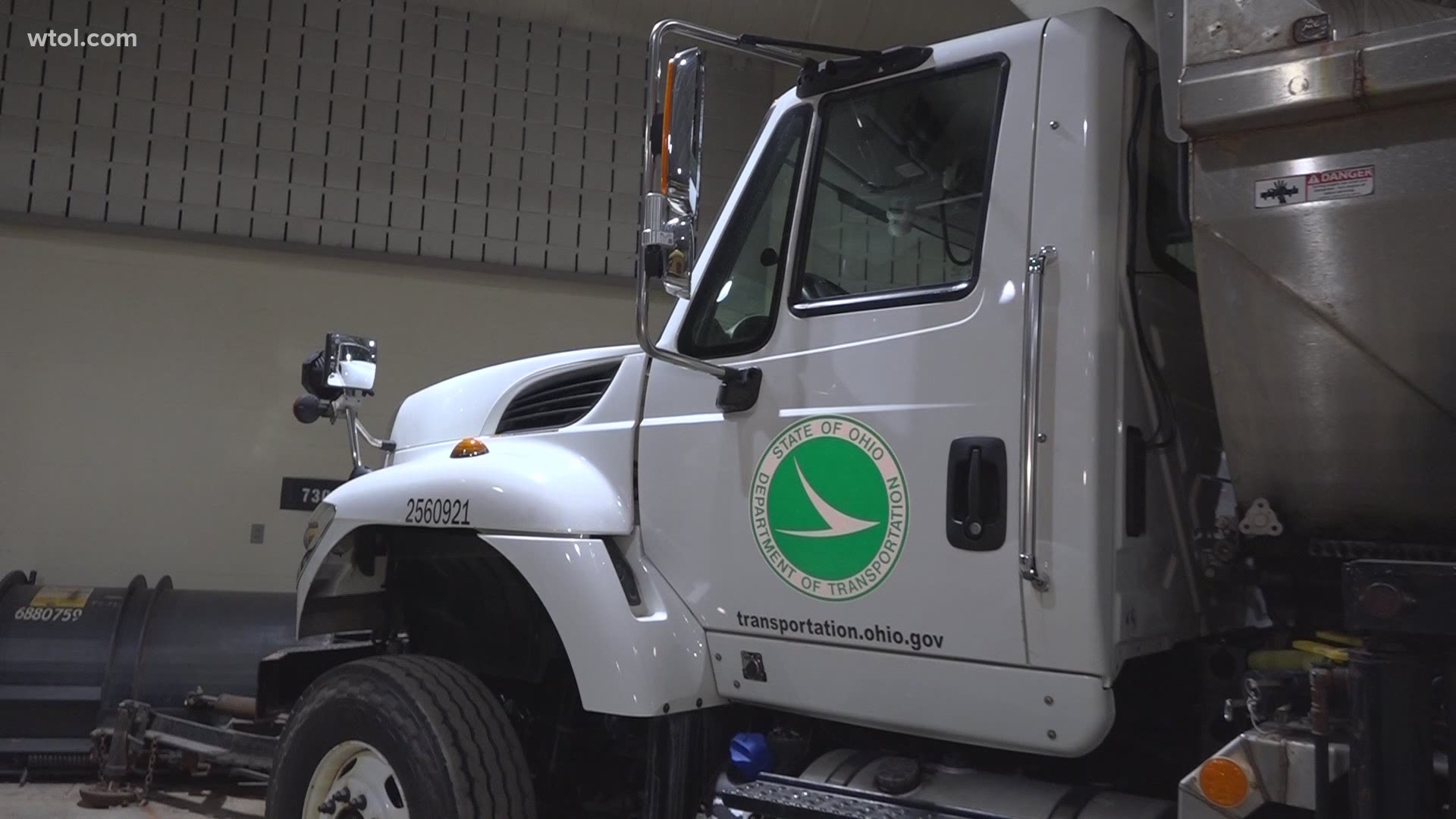 TOLEDO, Ohio — Wintry weather is predicted for Monday and Tuesday next week, but the Ohio Department of Transportation is prepared to hit the ground running for what could be the first snowfall of the season.

Dangelo said crews will begin treating the roads as soon as it starts to snow.

"There will be people if we start to see some of that weather before noon, bu at noon we will go into those 12-hour shifts - so, noon to midnight - and then we'll have a crew come in at midnight and it will go to noon and they will continue to work until the roads are cleared and everything is safe for people," Dangelo said.

For 12 hours, the crews will be out plowing and salting the streets. Since it is still early in the season, the roads will be a lot easier to treat so no treatment is necessary ahead of the storm.

"The pavement temperatures are warm enough that as snow is coming down, it will melt on contact or it's going to take longer to stick to the roadway. It means that we don't have to go out and pre-treat because we already have the temperatures on our side. The road is already warm enough," Dangelo said.

ODOT officials want to remind drivers that if they have to head out in wintry weather, to make sure they slow down and keep a distance between themselves and the cars around them.