The opening of the ramps marks the final milestone for the fourth year, $114 million construction project 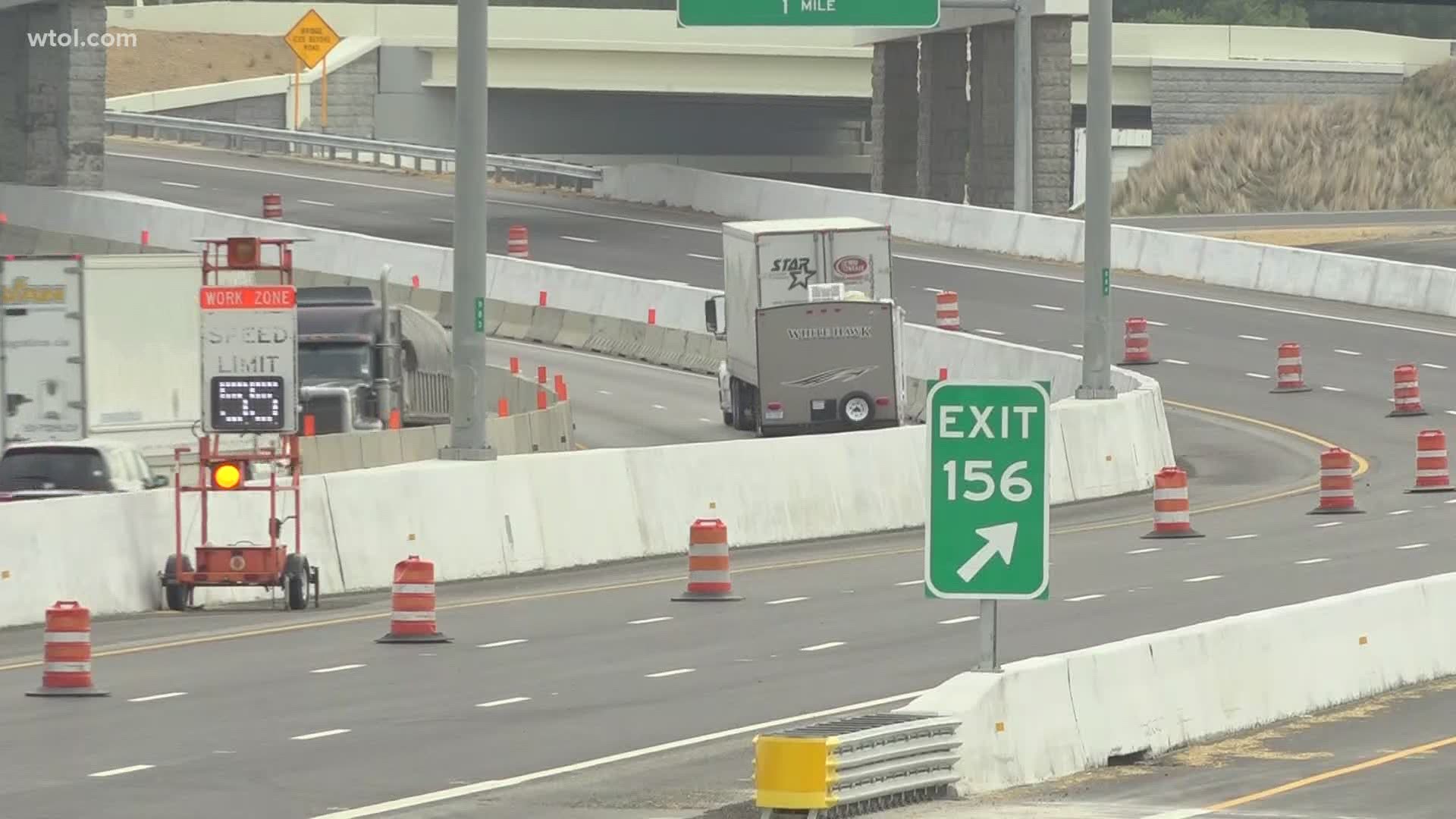 FINDLAY, Ohio — It's the beginning of the end for a major construction project in Findlay.

Ohio Department of Transportation and City of Findlay officials were on hand Friday morning to mark the final major milestone of the $114 million, four-year I-75 widening project.

This weekend, the ramps of the newly constructed I-75 Route 68 interchange will all be opened.

The permanent traffic pattern of the widened three lane interstate will finally be put in place.

"This marks the end of the expansion of I-75 to 3 lanes in each direction from Toledo, all the way down to Findlay," said Chris Hughes, Deputy Director of ODOT District 1.

"And it improves this corridor, which is the busiest freight corridor in the state. I-75 is busier than 70, or 77, or even the Ohio Turnpike," said ODOT Director Jack Marchanks.

Credit: Jon Monk
The new I-75 / US 68 interchange ramps will open Sunday night

Along with the economic impact I-75 has for the region and state of Ohio, Findlay's Mayor Muryn said this project's completion marks a new era for transportation and commerce for the flag city.

"A format that had been in place for 40 years prior to this construction, so it was inefficient. And this is going to be a much more safer and efficient route. So, we're really excited to have it open and welcome people into Findlay," Mayor Muryn.

The ramps at this interchange, and the new traffic pattern of I-75 will be put into place this weekend Sunday night into Monday morning.

Then after that, it's only going to be a few more months of work for ODOT crews for some final asphalt paving and landscaping, then this I-75 widening project will officially be in the books.

RELATED: No, police sanners were not down in Toledo Tuesday | Answering scanner questions