NW Ohio farmers struggling to get a good apple crop

The Haslinger Orchards manager said this year is the worst he has seen in his life when it comes to the overall apple crop at his farm. 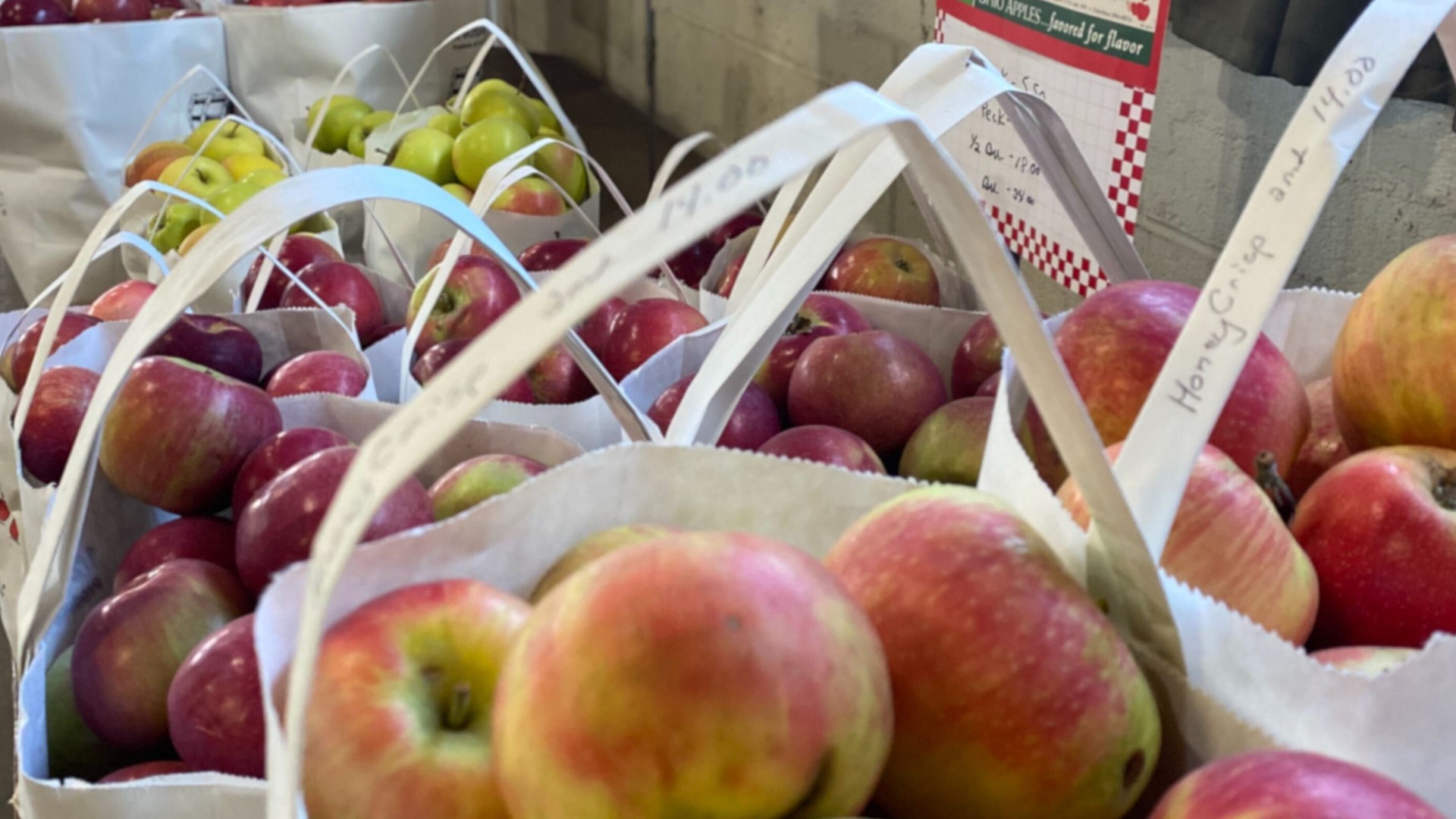 HOLLAND, Ohio — If you're planning to go pick apples anytime soon, don't expect there to be a huge variety. Many of our northwest Ohio farmers are struggling to get good apples in to sell.

Haslinger said this year he has only had about 10 to 15% of the overall crop. Regardless, they are still trying to give people a taste of fall any way they can.

“We’re bringing apples in from other growers in the state and also out of state and they've been a tremendous help to us,” Haslinger said.

Normally, apple picking is a pretty popular fall activity for families but now with COVID-19 still looming, it's even more popular, since it's an outdoor activity.

This is typically the busiest time of year for Haslinger and even though there isn't a specific factor to blame for the bad crop or a lot of apple variety, business has been steady, according to him.

Haslinger said while they have a couple of apple options in their store, there are a few varieties people can still go and pick off the trees.

“We had a few varieties that produced good enough, not great, but we wanted to commit to having to pick your own still this year,” Haslinger said.