Williams County health commissioner Jim Watkins says some who have not experienced COVID-19 or known a loved one who has, believe that they don't need the vaccine. 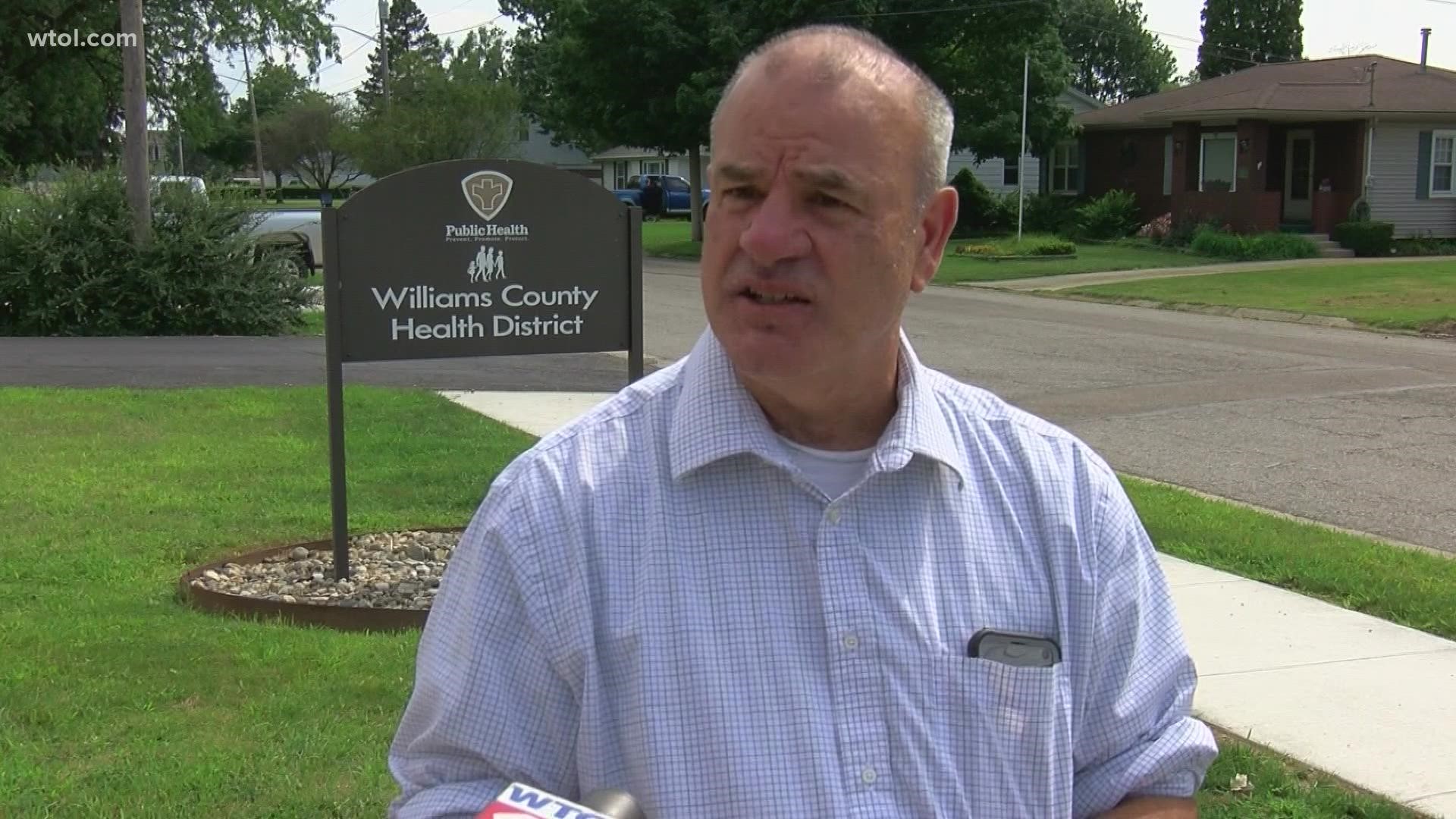 MONTPELIER, Ohio — In rural parts of Ohio like Williams County, vaccine hesitancy is playing a role in a surge in COVID-19 cases.

But local officials like Williams County Health Commissioner Jim Watkins and Montpelier mayor Steve Yagelski believe they can turn things around with one thing that was missing during much of the pandemic: personal interaction.

"You can lead a horse to water but you can't make it drink," Yagelski said.

There were lines and waiting lists to get the vaccine when it first became available. Now, Yagelski says that demand is just not there. He's been mayor for 20 years and says he's never seen anything like COVID-19. It frustrates him to see his area lagging behind, with just over one-third of the population getting the shot.

"What's sad is when reality hits somebody," Yagelski said, "and I think that's what's going to happen or has happened to some people that prompted them to get a shot when they saw a loved one go into the hospital."

He says the "too little too late" attitude when it comes to getting a vaccine is hurting everyone. Numbers from Ohio's state COVID-19 dashboard show younger people in Williams County are the smallest group rolling up their sleeves.

And Watkins says they are more likely to spread the virus.

"We're starting to see an uptick in cases and we just found out that we've moved to high incidence, which means we're 100 cases per 100,000," Watkins said.

He pointed out many people in his county still have not been personally affected by COVID-19. And he says for some, that's enough for them to not get the vaccine. But he believes family, friends and familiar faces are who can change their minds.

"If you don't believe that you can be affected, then that isn't going to change your mind," Watkins said, "so that's where people that folks trust, we think is the best way."

Leaders are working with businesses and community groups on outreach and meeting people where they live, stressing vaccines have helped end the epidemics of the past and they can do the same now.

"We don't see polio in our communities anymore," Watkins added, "that's because of the vaccine."

Did you have COVID-19? Or maybe a family member or friend? Well in rural areas like Williams County, there are some that did not experience the virus personally. And WC health commissioner believes that is partly driving vaccine hesitancy in rural areas. @WTOL11Toledo #COVID19 pic.twitter.com/rmdcYAGAX1