Miracle League of Northwest Ohio is getting a new bathroom and concession facility thanks to the generosity of community partners in Northwood. 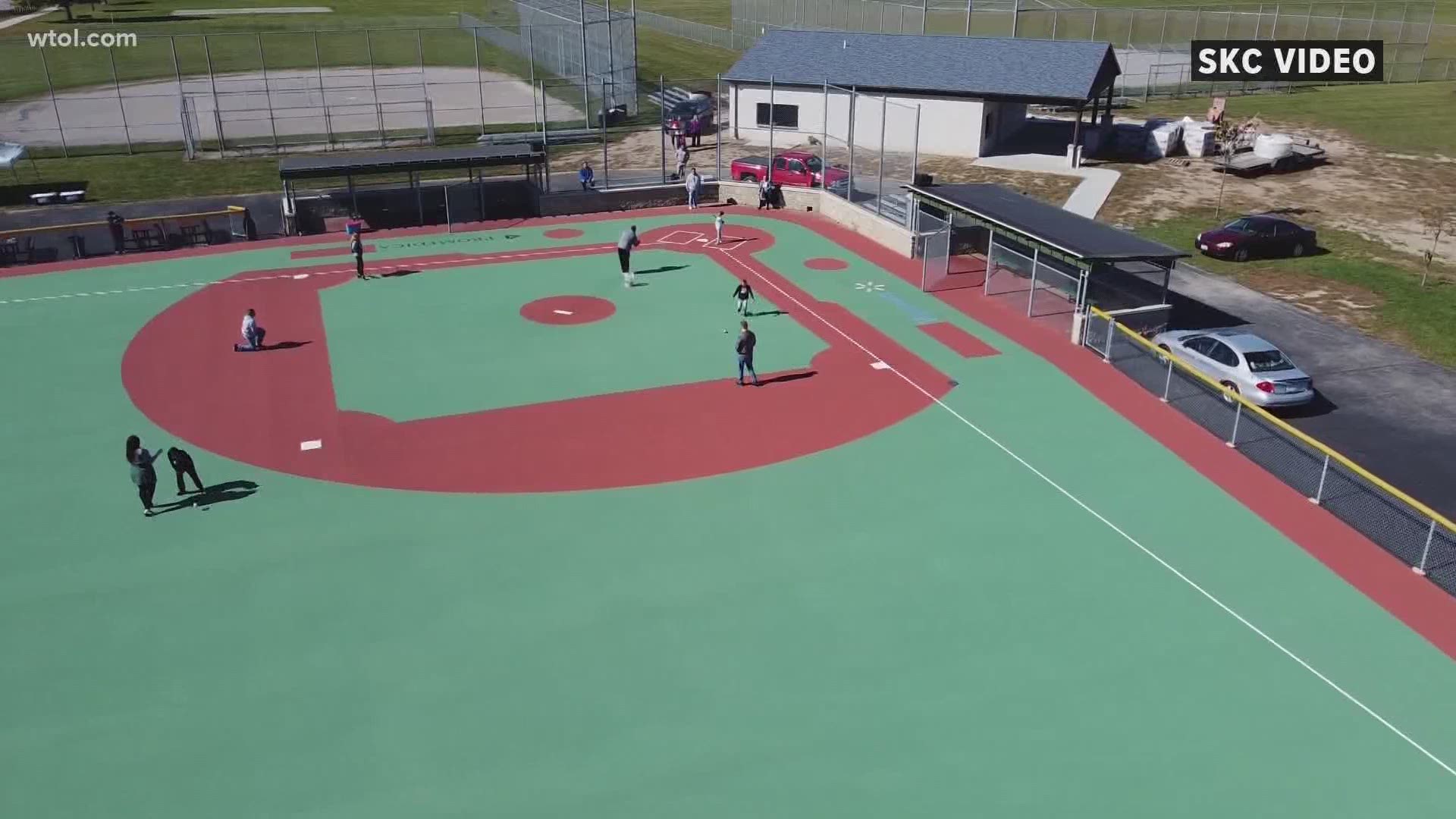 NORTHWOOD, Ohio — Several groups in Northwood are coming together to help those with special needs.

The Miracle League of Northwest Ohio allows anyone with a disability to play baseball with an accessible field at Brentwood Park.

As a parent of a child with a disability, Donna Hatch said her kid is allowed to participate in many activities, though he is not always welcome.

But the Miracle League allows anyone the chance to play ball.

"It's normal, and that's what everyone wants their child to be able to access and feel. You know, we always want to be looked at through the same lens as everyone else," she said.

Jeff Barton is president and founder of Miracle League Northwest Ohio. He created it in 2006.

"I wanted it in a park area, where it was going to be included and integrated with other baseball fields," he said.

While it has so many resources, the league has always been without bathroom facilities, aside from a portable toilet on site. But that's about to change.

Curley is also a community architect who's leading the project free of charge. She designed the building and has helped secure funding from several groups in our area.

"Eight different trades together, and they're all donating their time and some materials to the building, to the project and I think in the middle of a pandemic, it really speaks to a community coming together for a greater good," she said.

Local union workers are working on their own time to provide labor and materials for the project.

"It really creates an intimate bond with our communities, something that union labor has done for years. It's a foundation of who we are," Carpenters Local 351 representative Kevin Fuller said.

They hope to complete the project by next spring.