Both Lucas and Wood County have social distancing signs clearly displayed, along with class dividers between voting machines. 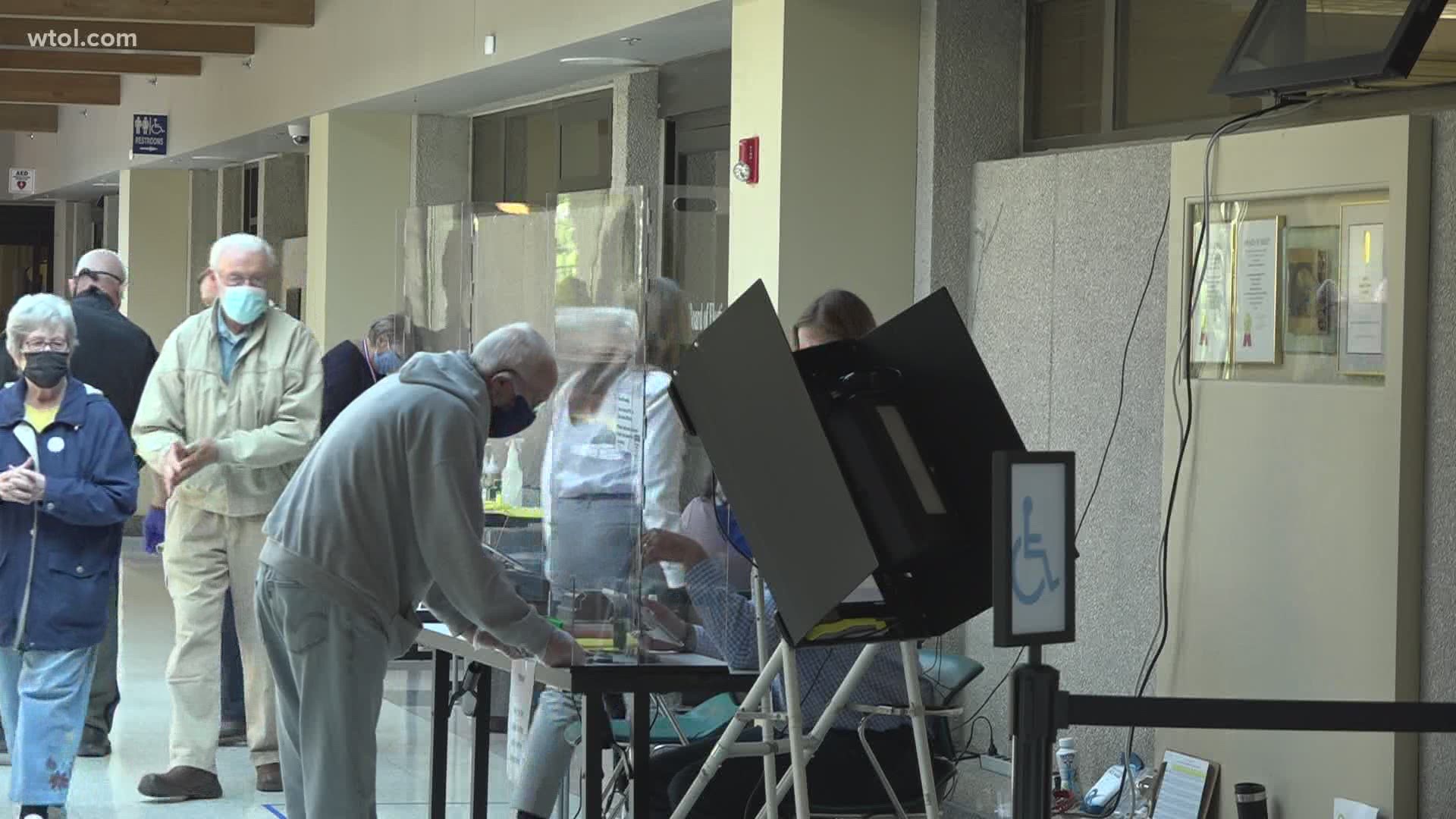 BOWLING GREEN, Ohio — The Lucas County Early Vote Center had people lining up nonstop for the first day of early voting. While voters have until Nov. 3 to cast their ballot in person or by mail, some voters were dedicated by showing up as early as Monday night.

“I got to get my vote in," said one person, who waited all night to vote early.

Voters with a similar mindset continued to line up throughout the day.
Lucas County wasn't the only place people lined up to cast their ballot early. Wood County voters also showed up first thing Tuesday morning.

“We had a big crowd this morning first thing. I think people might've waited 20 minutes, a 1/2 hour at most. But as we've moved through the morning we've really caught up with the line," said Terry Burton, Director of the Wood County Board of Elections.

Both Lucas and Wood County have social distancing signs clearly displayed, along with class dividers between voting machines. Regardless, some voters took extra precautions, including Jacob Berry of Perrysburg. Perry came to vote early wearing a respirator.

“It has filters in both sides and this is a voice amplifier so everyone can hear me just fine. I'm just wearing it because I want to take extra precautions and I don't want to get my family sick,” said Perry.

While lines may have been long on Tuesday, election officials say things typically die down in the coming weeks.

If you don't want to vote in person, you have until Oct. 31 to request your absentee ballot.

RELATED: Ohio Voting Guide: Everything you need to know ahead of the Nov. 3 election