Sylvania Schools, Tiffin City Schools and Woodmore Local Schools have had to make last-minute changes to their menus because some food items are hard to come by. 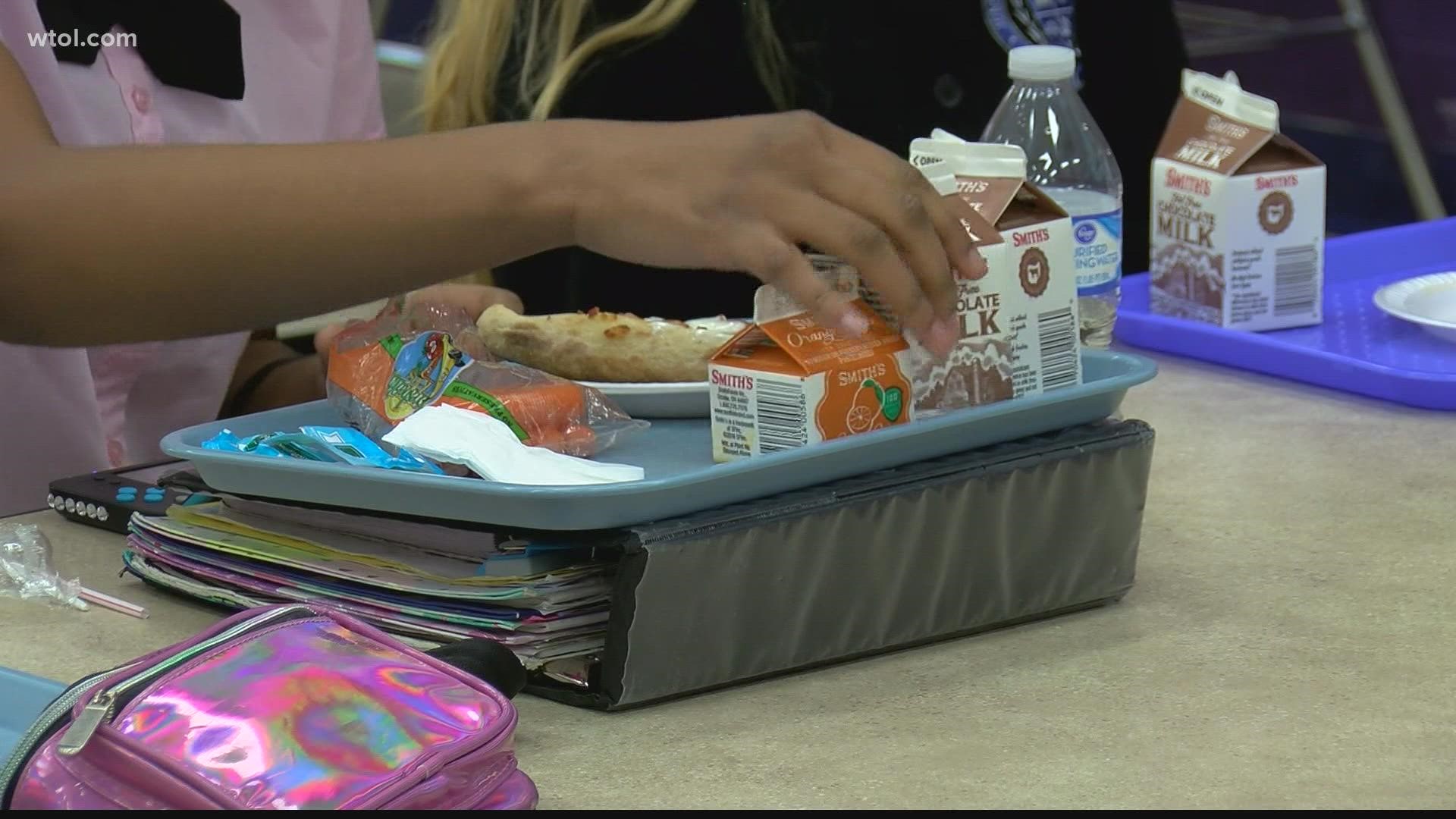 However, these three districts aren't alone; school leaders said other districts in the region and across the country are facing similar problems.

"Overall, it's probably the hardest in 31 years in food service that I've ever seen being able to get supplies and food," Sylvania Schools Director of Child Nutrition Ray Holston said.

COVID-19 and the pandemic assistance schools applied for are affecting what kids eat for lunch.

Since the pandemic hit, school meals have been free for all students, but food service directors said Wednesday it wasn't taken into account just how many students would take advantage of it.

"Our numbers in Sylvania, they're up about 61% than a normal year and especially at the high school level. We're up 100% at both of the high schools. So, we're producing a lot more food and obviously using a lot more products. So, I think that's really having an effect," Holston said.

It's not an easy fix, however. Holston said the problems start at the top and have now trickled down to individual school districts.

Farmers are having issues getting produce and crops to offset the increase. Production is lagging because places don't have enough workers. On top of that, there are not enough truck drivers to transport the food to districts and once it does arrive, some of it is unusable.

"It's not their fault. They're trying to do the best they can with [substitutions] and that kind of stuff. But it's very, very time-consuming trying to find them, that's why I had to move the high school and middle school to one main dish item," Tiffin City Schools Food Service Director Trudy Margraf said.

Food service directors now have to go to other suppliers to try and get products and they're having to pay two to three times more than what they normally would.

District leaders said these issues are likely only the beginning. They have been told to prepare for problems into next year.

Meanwhile, they're asking families to have patience, and not to worry, as their kids will be fed.