The Black Lives Matter protest took place just prior to the memorial service for George Floyd in Minnesota. 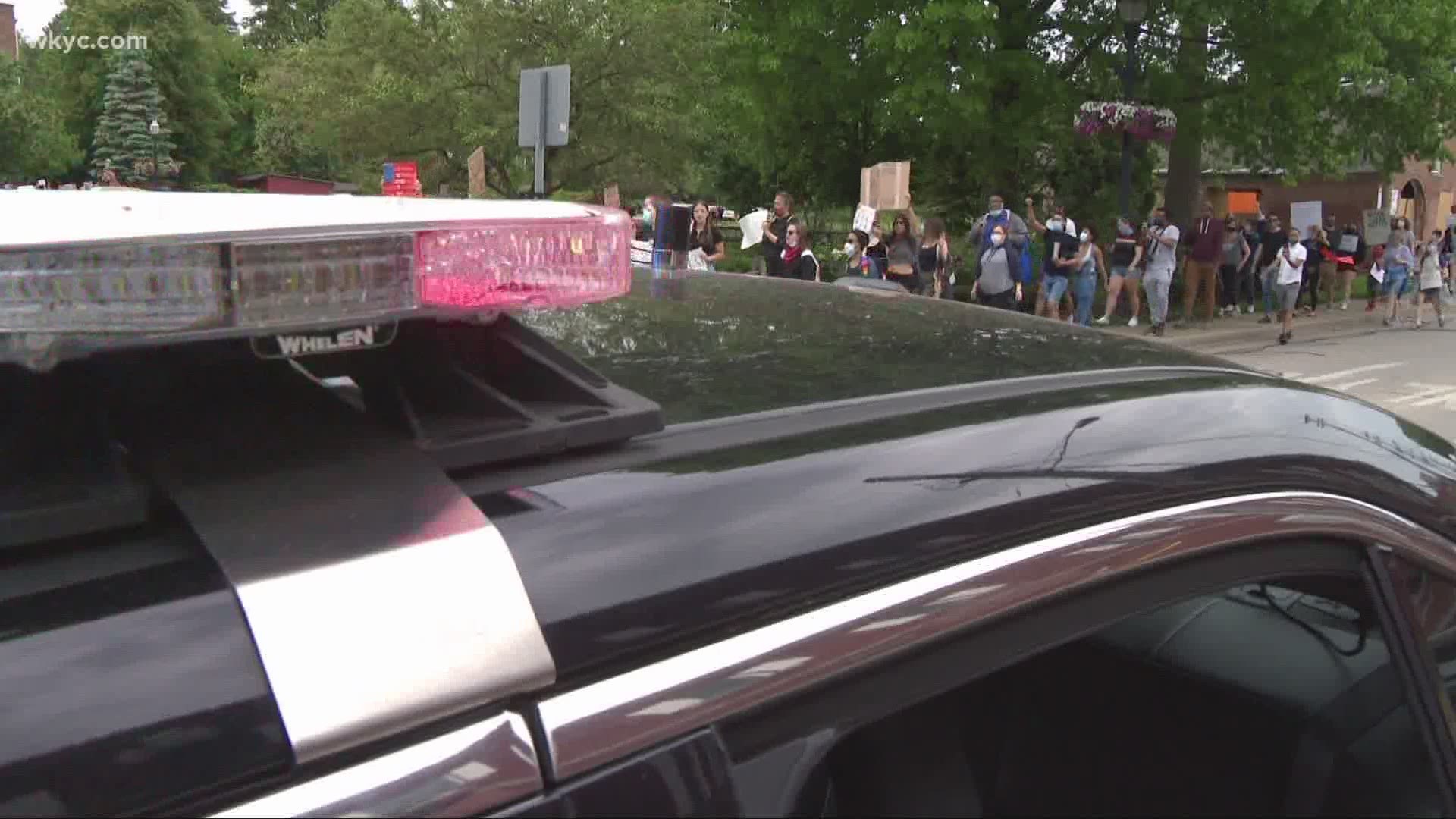 CHAGRIN FALLS, Ohio — Prior to the start of George Floyd's memorial service in Minnesota, demonstrators took to the streets peacefully in Chagrin Falls Thursday, calling for a change in racial justice.

The event in Chagrin Falls came after similar peaceful protests in Euclid, Cleveland Heights, and Akron on Wednesday.

Around 250 to 300 demonstrators gathered at Chagrin Falls High School, and then they marched to Riverside Park.

There were speeches, singing and thoughtful conversations not just about George Floyd but also about systemic racism and police brutality.

“I wanted to share my voice and spread my message because there were times I didn’t feel empowered enough to come out and protest. It’s sad that it’s taken everyone this long to see how bad things are and how hurt everyone is, but now I’m coming out here because its finally time that we can fight. We can make a difference. We can do better,” said Blake Laisure, of Pepper Pike.

“I’m hoping for peace and that we get our word across “ said Matthew Hardy, of Beachwood.

Even though things stayed peaceful, a handful of businesses along North Main Street boarded up their windows with plywood.

“Because of the violence that happened in Cleveland we wanted to be safe more than sorry,” said Rachael Raymond, general manager at the Chagrin Falls Popcorn Shop.

It’s something a few businesses have taken heat for on social media, but something she didn’t back down from.

“If we didn’t put up the plywood, and something happened, we’d be called foolish. We just did what we thought was right,” said Raymond.

RELATED: 'There can be a change': Tuesday's George Floyd rally in Cleveland stays peaceful, unlike Saturday

The death of George Floyd caught the world's attention when a bystander video showed him pleading for help, repeating the words "I can't breathe," until he went limp. Prosecutors later said former Minneapolis police officer Derek Chauvin's knee was on his neck for 8 minutes and 46 seconds.

RELATED: 8:46: A number becomes a potent symbol of police brutality