The Historic South Initiviative announced on Wednesday it will soon close on a renovated home worth $100,000. 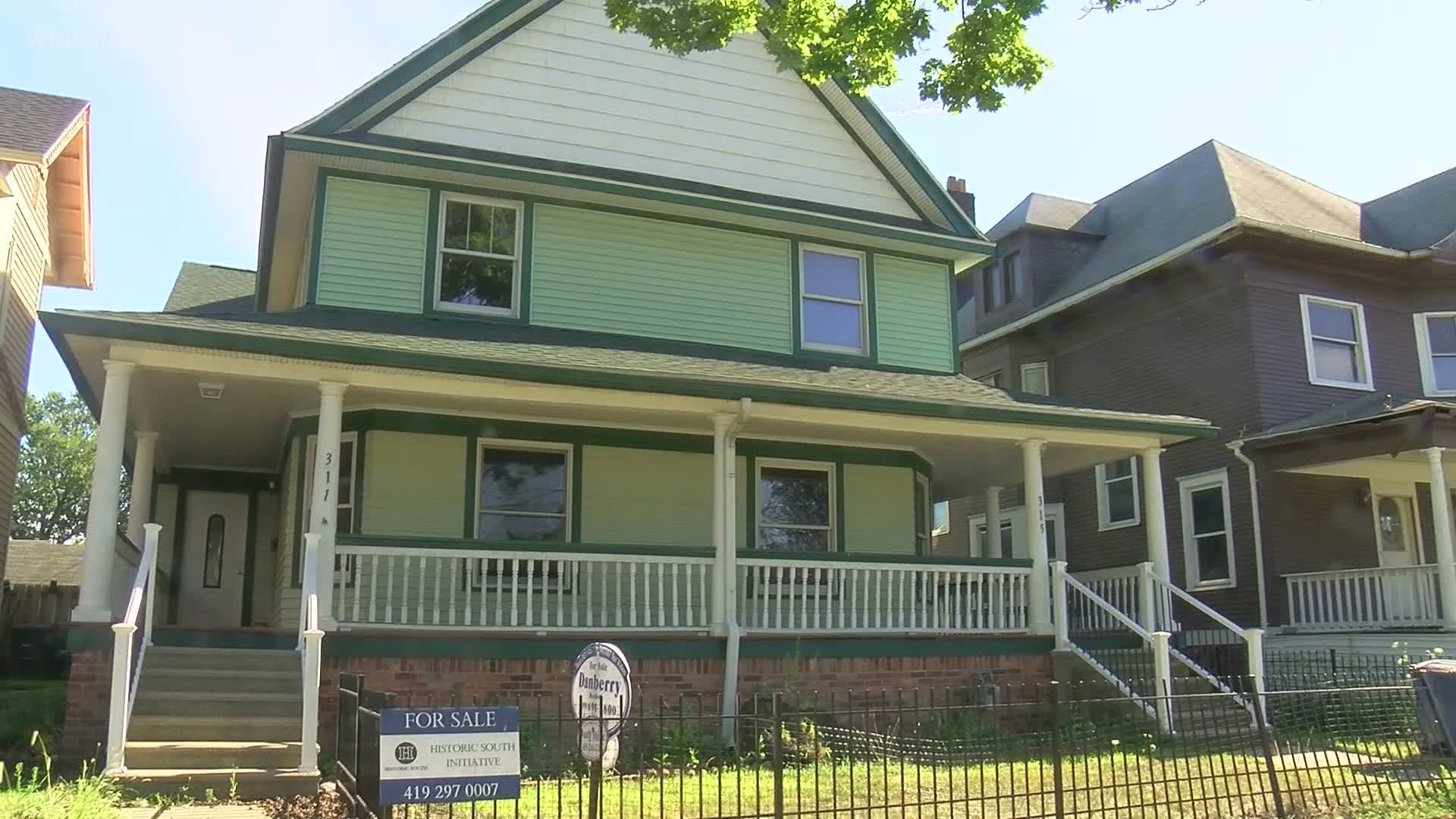 Wednesday marked a monumental milestone for the Old South End as an initiative aims to bring more value to the neighborhood.

There is a newly renovated home being sold for a record price, which the entire city of Toledo should benefit from.

Chris Amato, the president of the Historic South Initiative, says this comes after the group stepped in four years ago to begin renovating homes in the Old South End.

"It's created a new sense of neighborhood-ness that had not, has not existed in quite a while. The gangs are not as prevalent," said Amato.

Now, the Historic South Initiative is about to close on a big sale on a home on Western Avenue, which was once completely abandoned.

The home was completely renovated in a partnership between the non-profit and the city of Toledo. Funds came from a mixture of private donors, state funding and other foundations.

The non-profit's goal is to revitalize the entire neighborhood of the Old South End.

That includes adding educational programming, more employment and renovations to other homes in need.

"We are going through the 300 and 400 blocks of Western and Crittenden and now we're going over to Eastern to help do those very specific fix-up projects that don't involve the whole house makeover," said Amato.

The overall plan is to continue to expand beyond the four to six block area they are currently working on.

Although that may take up to 30 years, the group is hopeful other private donors will come forward.

"The only thing that might fast forward that is funding. If somebody wants to step up and helps us with the funding, then we can move faster down the road," said Amato.

In order to purchase one of these homes, the buyer must agree to live in it for at least five years. The closing on the home being sold should be finalized within the next two weeks.