The latest health order requires a face covering for some sports during practice as well as competitive play when a safe distance cannot be consistently maintained. 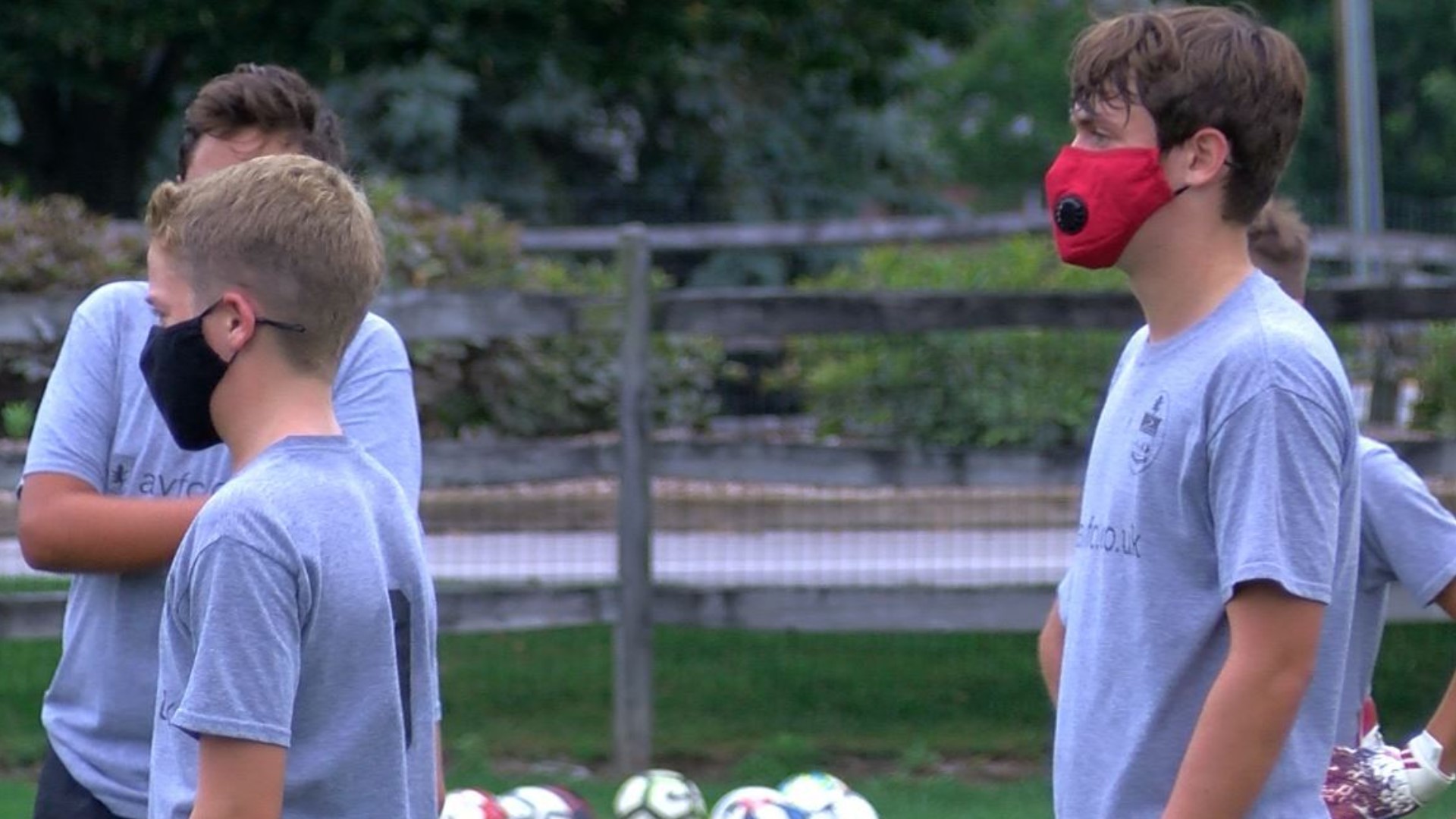 MICHIGAN, USA — A new mask mandate for athletes in Michigan is changing the face of some sports, requiring compromises be made for teams to be able to play within the state.

The executive order signed by Governor Gretchen Whitmer on Thursday requires athletes in sports that often involve consistent and close contact to wear a mask, even when they're in competitive play. Sports like football, soccer and volleyball are required to wear masks. Golf, tennis and cross country are allowed to go without masks when social distancing can be maintained. Swimming is exempt.

While one Michigan athletic director says the new order is just another challenge to overcome, an Ohio travel team has opted to steer clear of crossing the border.

"Until that mandate is released, we won't entertain going to Michigan," said coach Danny Fisher, the executive director of Pacesetter Soccer Club.

Fisher's Sylvania-based club travels to Michigan for tournaments. While coronavirus concerns prompted the requirement of masks, safety concerns prompted those at Pacesetter to decide against crossing state lines to the north, avoiding the Michigan mask order in the process.

"We felt as a club that we didn't feel that was very safe. You know it's hard to walk and breathe in them sometimes," Fisher said. "Unless you actually go out and run a mile with a mask on, you don't know what it's like."

A few of the club's teams were supposed to head across the Ohio-Michigan border this weekend, but cancelled the trip when the new order was signed.

Bedford High School athletic director Mark Garmin said it's been a roller coaster trying to keep up with all these new orders.

"There really is no training for a pandemic. I never took a class on it," said Garmin.

But players, coaches and parents have made it work just to be able to play.

"We will do whatever we need to do to keep our kids active and playing," Garmin said. "If that means whatever rule or regulation we have to follow, we're going to follow."

Michiganders might not have a choice, but travel teams like Pacesetter do. Fisher believes it could cause teams to avoid the state and hurt local businesses.

"The money that is generated for not just the clubs, but for the local community is massive," he said. "And I think everyone is taking a hit from it."