The father of fallen TPD Ofc. Anthony Dia purchased units at a strip mall and gave two former coaches of Glass City Boxing half of the space to start a new gym. 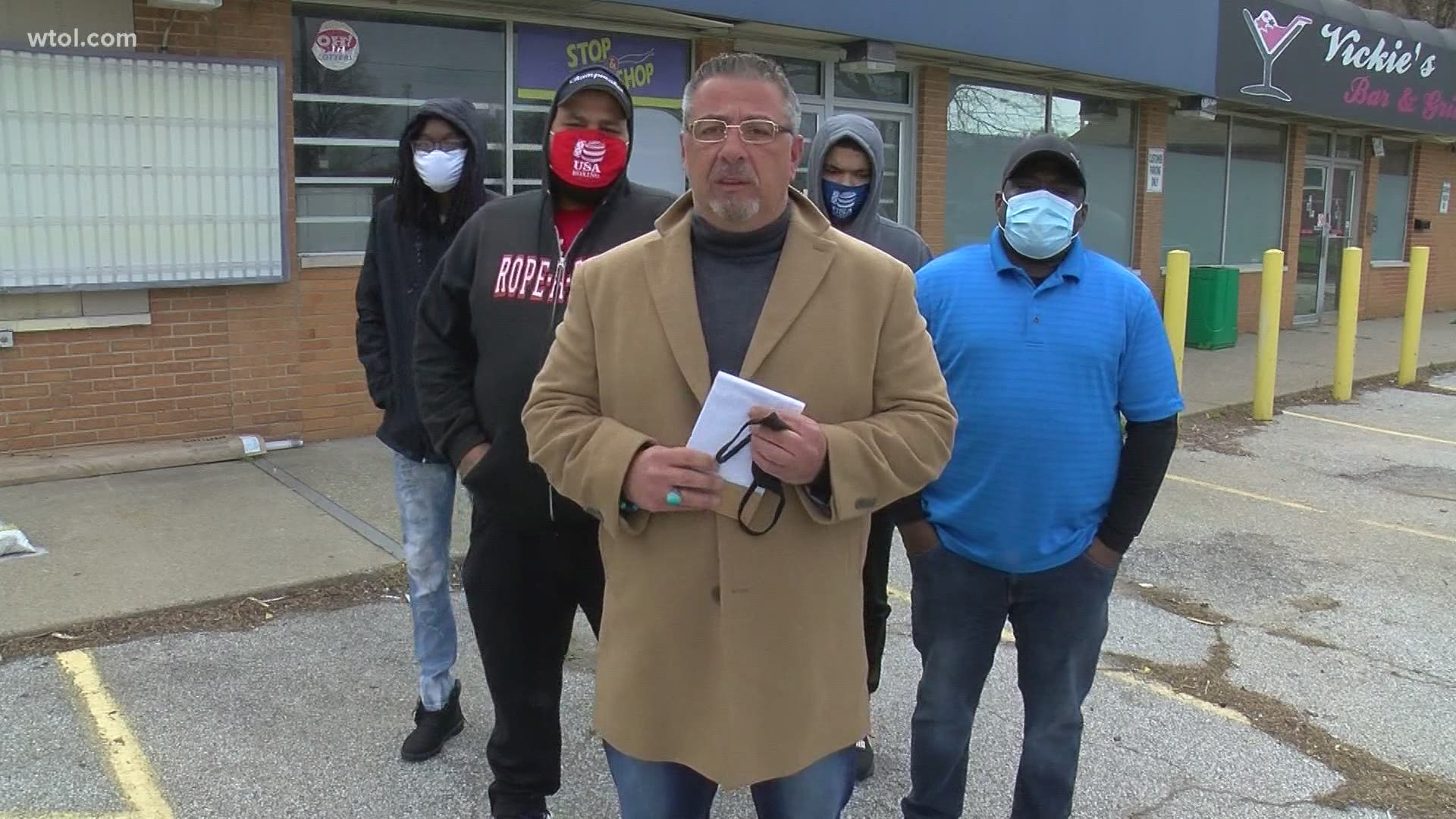 TOLEDO, Ohio — Correction: Our initial report stated Glass City Boxing will be moving to a new location under a new name. The new gym mentioned in this article, New Generation Boxing Club, is independent of Glass City Boxing.

Two coaches will be opening a new boxing gym with the help of the father of a fallen Toledo police officer.

Glass City Boxing had to close its doors once COVID-19 hit in March 2020. A short time later, the city deemed the gym's building on Suder Avenue uninhabitable and it hasn't opened since, leaving coaches and young boxers without a place to call home.

"We had two guys actually lose their lives in the streets since the gym's been closed," said Ron Greer, a coach. "One kid was reaching out to myself and to other fighters. One morning we woke up to unfortunately hear he was killed in the Weiler homes."

RELATED: After 2 incidents involving guns and teens, leaders push for community change to halt the violence

Tony Dia, the father of fallen TPD Ofc. Anthony Dia, purchased units at a shopping center on Douglas Road and Paradise Avenue in west Toledo. He gave the former coaches of Glass City Boxing, Lamar Wright Jr. and Greer, half of the space so they can start a new gym, rent-free.

According to Dia, he took matters into his own hands after he reached out to the city about Glass City Boxing's future multiple times and didn't receive a response.

Dia said if he can save one child's life from going down the wrong path, then opening a new gym is worth it.

"When I was growing up, there was all kinds of programs and places to go to. Now there seems to be nothing in Toledo for these children. We need to preoccupy them and get them off the streets," Dia said.

In March alone, four males under 20 were fatally shot in the city of Toledo. In 2020 there were 62 homicides. Twenty five of those were victims 25 years old or younger. Fifteen victims were just teenagers.

"There has been a lot of kids dying so I think it'll be good for a lot of kids to get into boxing," said Titus Blocker, a 15-year-old boxer.

Dia says he plans to name the shopping center after his son. He has big plans for the other half of the building including a tutoring center, trade school or gaming facility for the kids.

The gym will be called New Generation Boxing Club and Wright Jr. hopes it will be open in two months.