These recruits had previous EMT certification and got an early start. TFRD is still accepting new recruits; see link in story for more details. 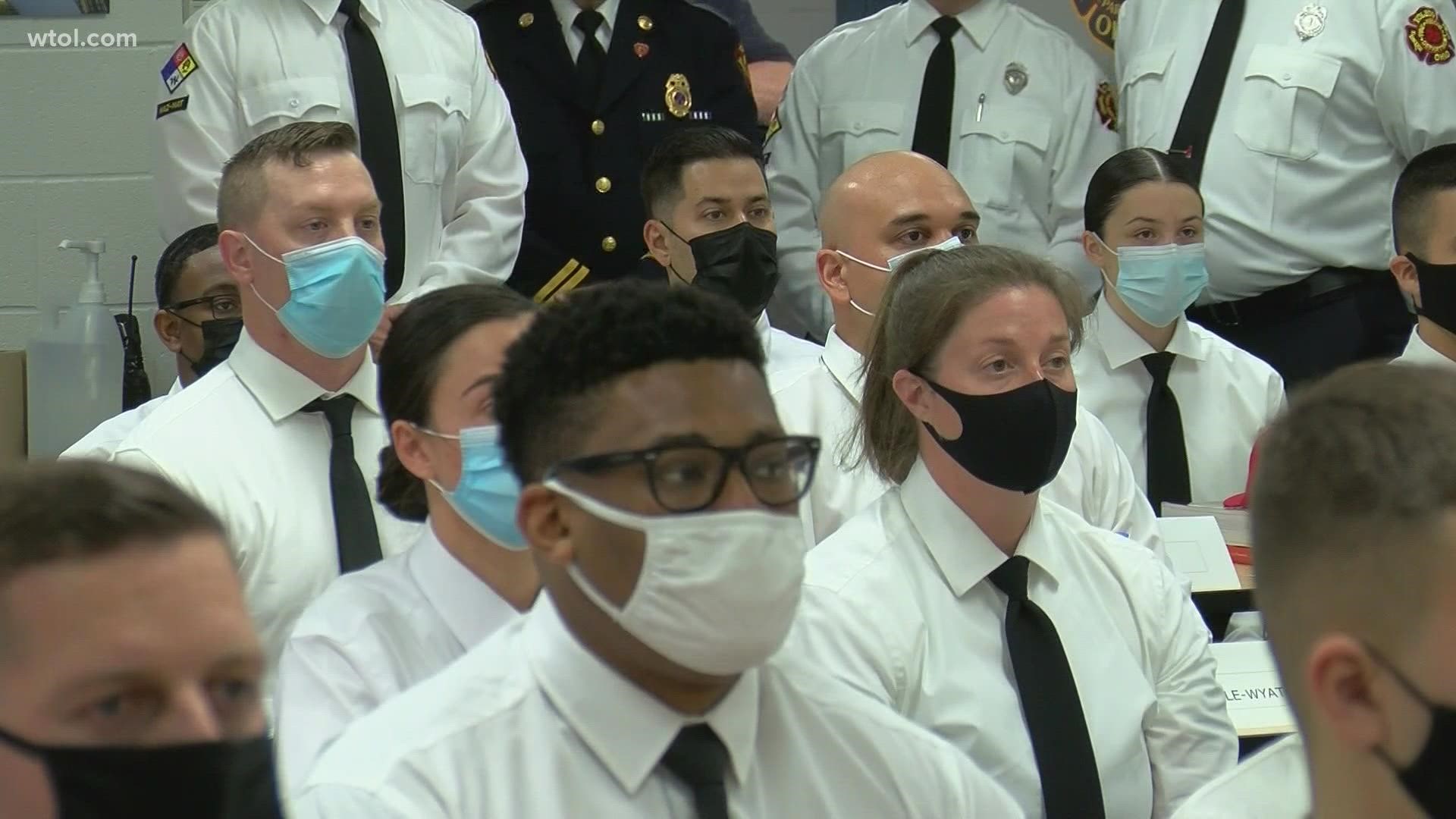 TOLEDO, Ohio — The Toledo Fire and Rescue Department is on the grow, with about a dozen new recruits that hit the streets Monday.

These early recruits had prior EMT certification before attending the academy.

The remaining fire recruits in the latest class have an additional 12 weeks of training before they can join the others.

TFRD officials say they are excited about the early start.

“It’s a goal they’ve achieved. They’re at that point now (where) they’re gonna come out and make an impact on our staffing levels," said TFRD public information officer Pvt. Sterling Rahe. "(They) begin their year probation. They still have a long way to go before they retain the title of Toledo firefighter. They are going to be Toledo firefighters, but in a probationary status for one year.”

The Toledo Fire and Rescue Department continues to recruit right now. If you’re interested in becoming a firefighter, you can click here to learn more.