First Tee of Lake Erie and the Boys & Girls Clubs of Toledo are partnering to construct a youth center, athletic fields and a driving range on Hill Ave. 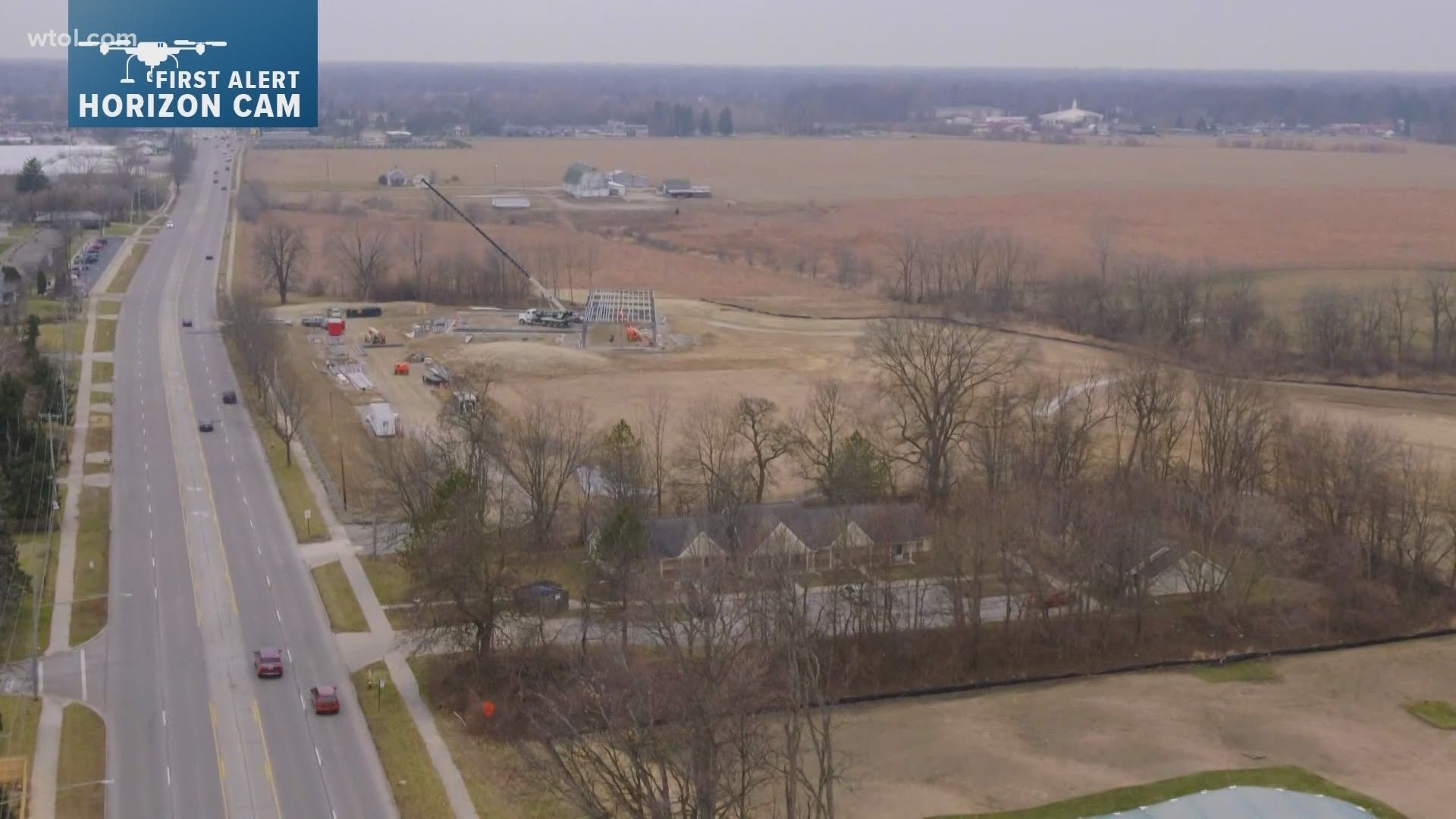 But come August, that plot of land will be transformed into a new community youth center, an athletic field and a new driving range.

"It's really a unique, kind of new concept in terms of collaborating on this scale with two organizations," said Adam Reny, the executive director of First Tee of Lake Erie.

From high in the sky, there's not much to see. But in a matter of months, the 40-acre site will become a gathering spot for hundreds of kids in Toledo and beyond.

First Tee of Lake Erie and the Boys & Girls Clubs of Toledo are teaming up to serve youth, specifically on the city's south side.

It's a mission on par with that of First Tee, which uses golf to build character and learn life skills.

But you don't need to swing clubs to join the club.

"Getting kids involved out here, letting them kind of pick which way they want to go. If they want to get involved with the golf, that's awesome," Reny said. "Boys & Girls Clubs will provide other great programs. I think that the sky's the limit in terms of the caddie opportunities at Inverness Club, which is our neighbor now."

The timing couldn't have worked out better, Reny said. He predicted this year's Solheim Cup at Inverness Club will drive more exposure to what they're building.

"Hopefully we'll have the opportunity to shine a spotlight, bigger than we could on our own, on the project specifically and provide some awesome opportunities for the kids during that week," he said.