NC firefighter in hospital 41 days with COVID-19 warns others to get vaccinated, wear mask: 'This virus is not a joke'

26-year-old Corey Spencer is sharing his brutal battle with coronavirus that included 33 days in the ICU, a coma, tracheostomy, ECMO, and now rehabilitation. 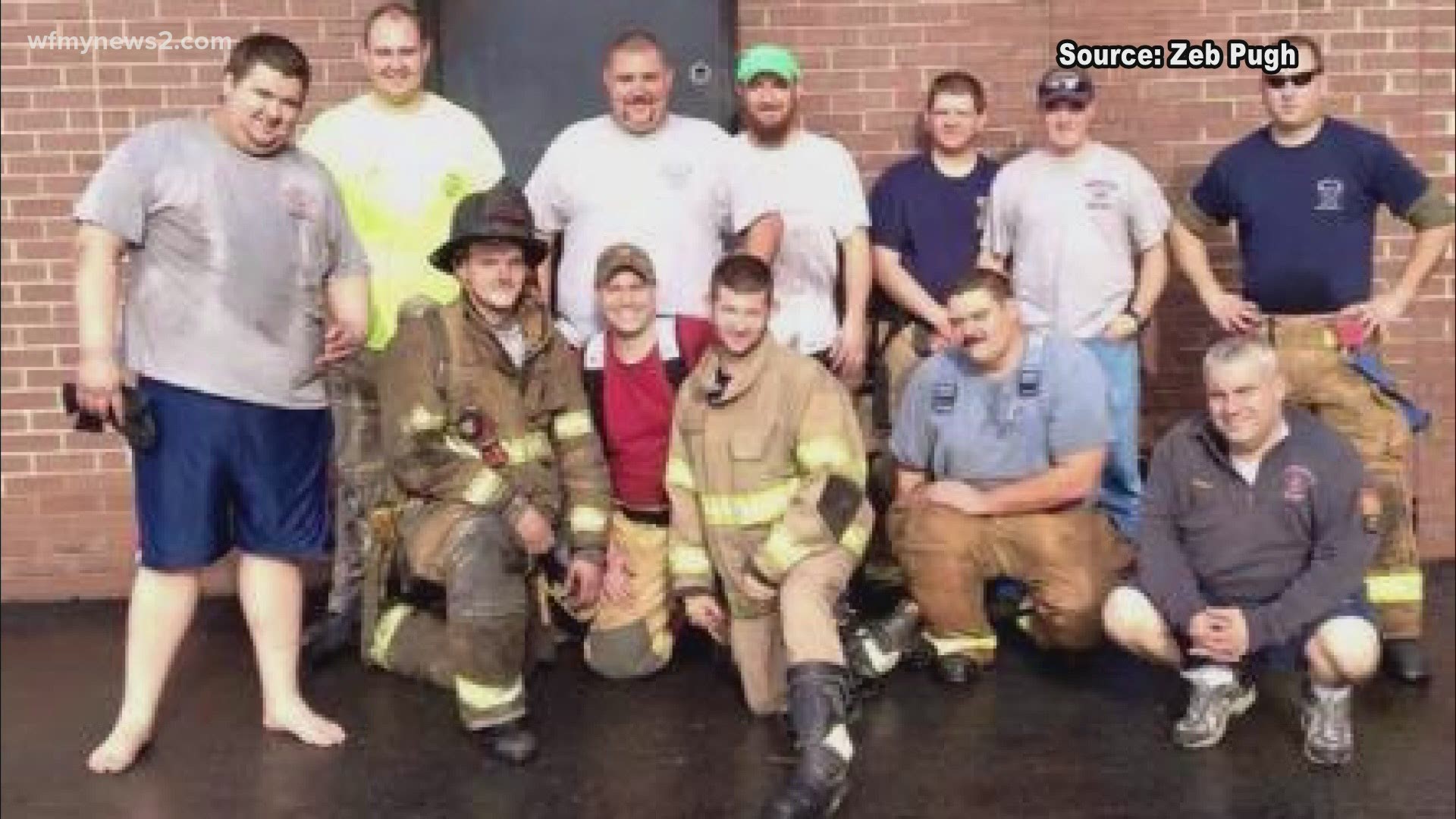 NORTH CAROLINA, USA — A North Carolina firefighter is sharing his brutal battle with COVID-19, warning others to take the virus seriously and get vaccinated.

26-year-old Corey Spencer, a firefighter with the Pinecroft Sedgefield Fire Department, is now regaining strength in a rehabilitation center after spending 41 days hospitalized with 33 days in the ICU, on a ventilator, and in and out of a coma.

"I was one of those that didn't wear a mask. I kind of took it as a joke. I thought it wasn't going to happen to me because I'm young," Spencer told WFMY News 2 from his room at the rehabilitation center. "I'm not in shape, but I'm healthy. I didn't think it would happen to me, but when it hit me, it hit me hard."

Spencer said his nightmare began in mid-May when he began feeling sick and then tested positive for COVID-19 while at the fire station. He isolated to a camper beside his mother's house to avoid spreading the virus. His primary symptom for the first few days was shortness of breath.

"The third or fourth day in, I was walking across the parking lot from the camper, and I got short of breath. I couldn't breathe, I was struggling to breathe. I finally went inside and I told my mom we got to go to the doctor. So they took me to Lexington hospital, where they immediately admitted me," Spencer said.

The firefighter's fight for his life began in the hospital.

"I got put in a room, and all I remember from there is I woke up laying in the bed. I ripped my IV out, I was screaming for help because I couldn't breathe. And I was screaming for help, and I blacked out. Supposedly, that's when I went into cardiac arrest. And they actually did CPR on me for about 10 minutes and were able to get me back," Spencer recalled.

Spencer said he was then in and out of consciousness for a month.

His family's only contact with the 26-year-old was hospital staff allowing them to see Spencer unconscious in the hospital bed. Spencer said his mother took pictures every day through the video chat.

"All I remember was about a month later, I woke up to a light in the ceiling and they were pulling tubes out of my mouth," Spencer said. "I was pretty much in a coma."

Spencer said the medical staff then had to sedate him to place a tracheotomy. He later spent four days on ECMO, an extreme life-preserving measure where the person's blood is oxygenated by an external machine to allow their lungs to rest.

But his body began to win the battle against COVID-19, and he was discharged from the hospital to a rehabilitation unit after 41 days.

"The doctor said I'm probably one of the worst COVID cases they've seen at my age. And I was put on a survivor wall at Charlotte because they said people with my condition don't walk out alive," Spencer said.

Now in a rehab unit, Spencer struggles with basic daily activities like walking, showering, and holding a phone. He can barely lift his arms above his head but says his lungs are in good shape. His body is deconditioned after spending a month unconscious and mostly motionless.

"COVID has whooped my tail more than a fire has. I've really never been scared to go on a fire, but this 'fire' has scared me. This virus is not a joke. I thought it was, and you see where I'm at," Spencer said.

The 26-year-old COVID survivor says he plans to get vaccinated against coronavirus as soon as 90 days have passed, per the CDC's recommendation.

"I am definitely going to get vaccinated as soon as I can, Spencer said. "But if you can get vaccinated, you need to. I wouldn't wish this on my worst enemy."

"It's stressful. Not only is it hard on the body, it's hard on the mind. The vaccination is there, if you can get it, get it. You do not want to go through anything I've been through," he said.

Spencer said he is extremely grateful to his firefighter community, family, friends, and strangers who have supported him through his hospitalization.

"I just want to say thank you to everybody. It's been emotional. I cry every time I talk about it. You don't understand how much it means to me," Spencer said.