The championship girls basketball squad received a full police and fire escort back into Napoleon and were met with cheers and support from the community. 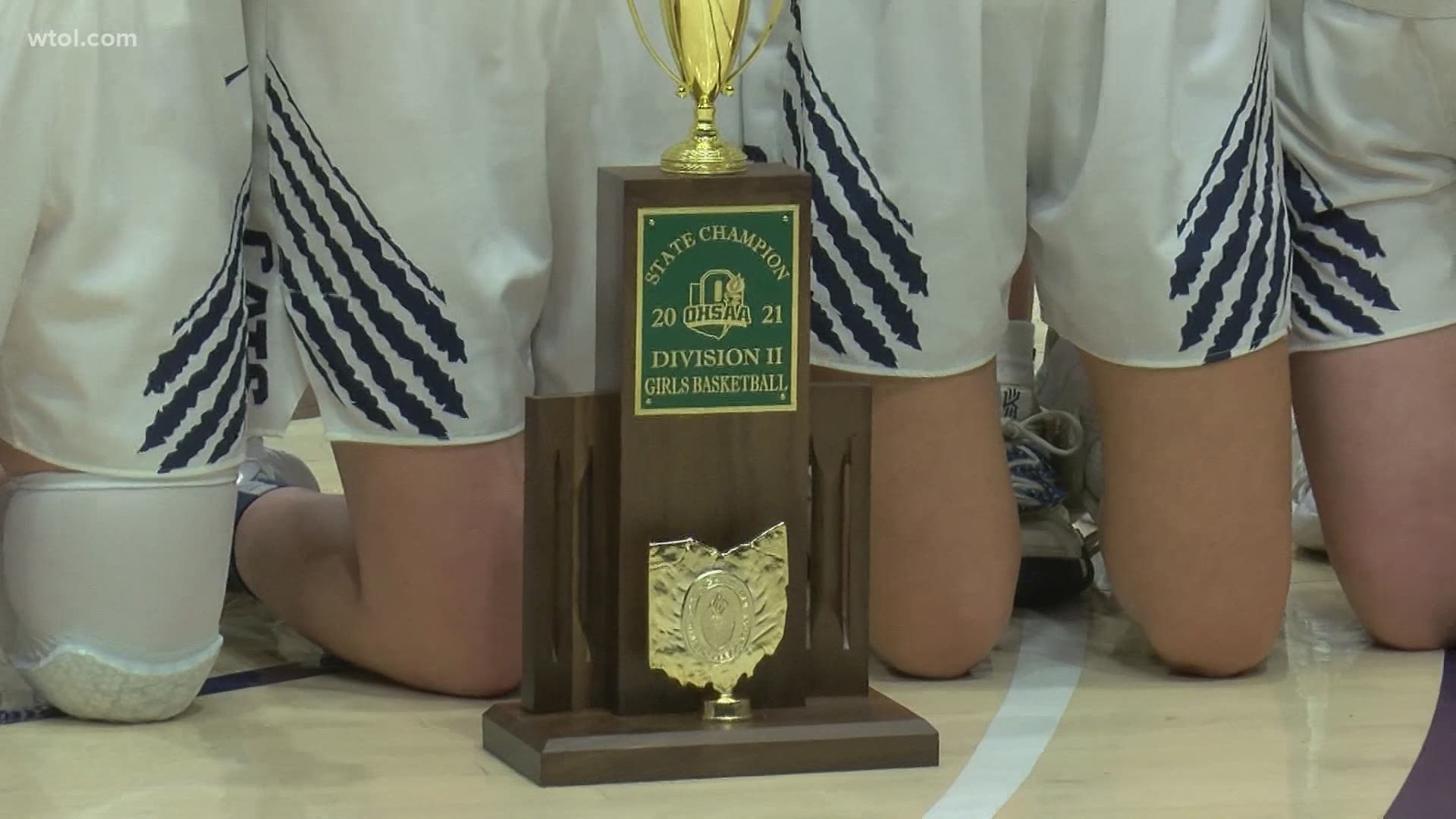 NAPOLEON, Ohio — The community of Napoleon had never experienced a state championship girls basketball season. So when the team secured a 76-44 victory over Vinton County on Saturday, the community decided to welcome them back in a huge way.

The team received a full police and fire escort back into town to a downtown filled with fans.

The Napoleon Lady Wildcats brought the state basketball title home for the first time, after coming so close last year before COVID-19 derailed the season on the doorstep of a championship.

"We are just so proud of those girls for all the things they went through for being there (last year) and not being able to compete," said Mayor Jason Maassel. Fast-forward "to this year playing so hard and representing our community so well."

Chad Sorg, owner of Spengler's restaurant, had been showing all of the tournament games leading up to Saturday's championship.

"They've worked so hard this season," he said. "They've been through ups and downs last season with COVID, to this year. What an amazing talented group of young women."

"NAPOLEON" and "WILDCAT" chants echoed across the city.

Maassel said the girls gave the city a reason to cheer again. And watching alongside a woman celebrating her 75th birthday, Maassel said she told him the girls will remember this when they're 75.

The championship means so much to the small town.

"To have all these people joining in again and having so much fun," Hawks Pizza owner Chery Weideman said, "and cheering on our team. Our team has brought us all back together again."

Maassel added that the wildcat painting downtown on Perry Street was made after the boys basketball state championship win in 1981. He says the wildcat will be repainted and rededicated to the girls' victory this year.

Folks in Napoleon are going bananas as the girls high school basketball team is bringing home its first state title. I’ll have a live report as they bring the trophy back home to town tonight. Congratulations Wildcats ! @WTOL11Toledo #StateChampions #Ohio #allinnapoleon pic.twitter.com/zK9DPrSQdz