A protest is being held in Muskegon. 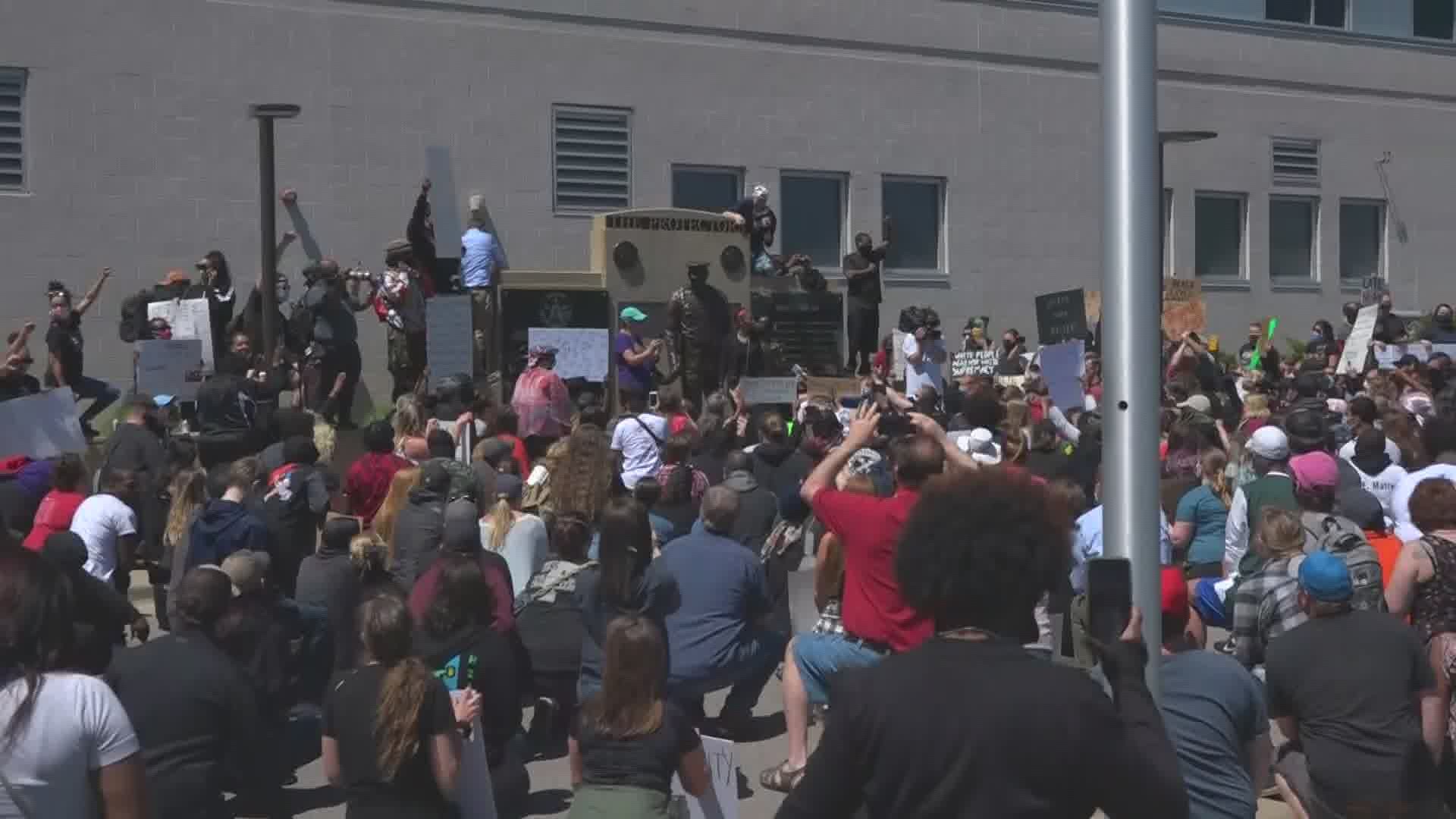 MUSKEGON, Mich. — Sunday afternoon, a rally is being held in Muskegon to protest police brutality and to stand in solidarity with Minneapolis following the death of George Floyd.

The Black Lives Do Matter event, scheduled to start at 2 p.m., was held at the courthouse on Terrace Street. For the event organizers have stressed they wish for the rally to be non-violent, even as riots broke out in Grand Rapids last night. It took place in front of the county's memorial to police "The Protectors."

A large crowd has gathered at 990 Terrace Street, chanting statements like "No justice, no peace."

The Muskegon County Sheriff Michael J. Poulin addressed the crowd and provided a message of unity.

Around 5 p.m., a crowd gathered in a park near East Apple Avenue and Terrace Street. 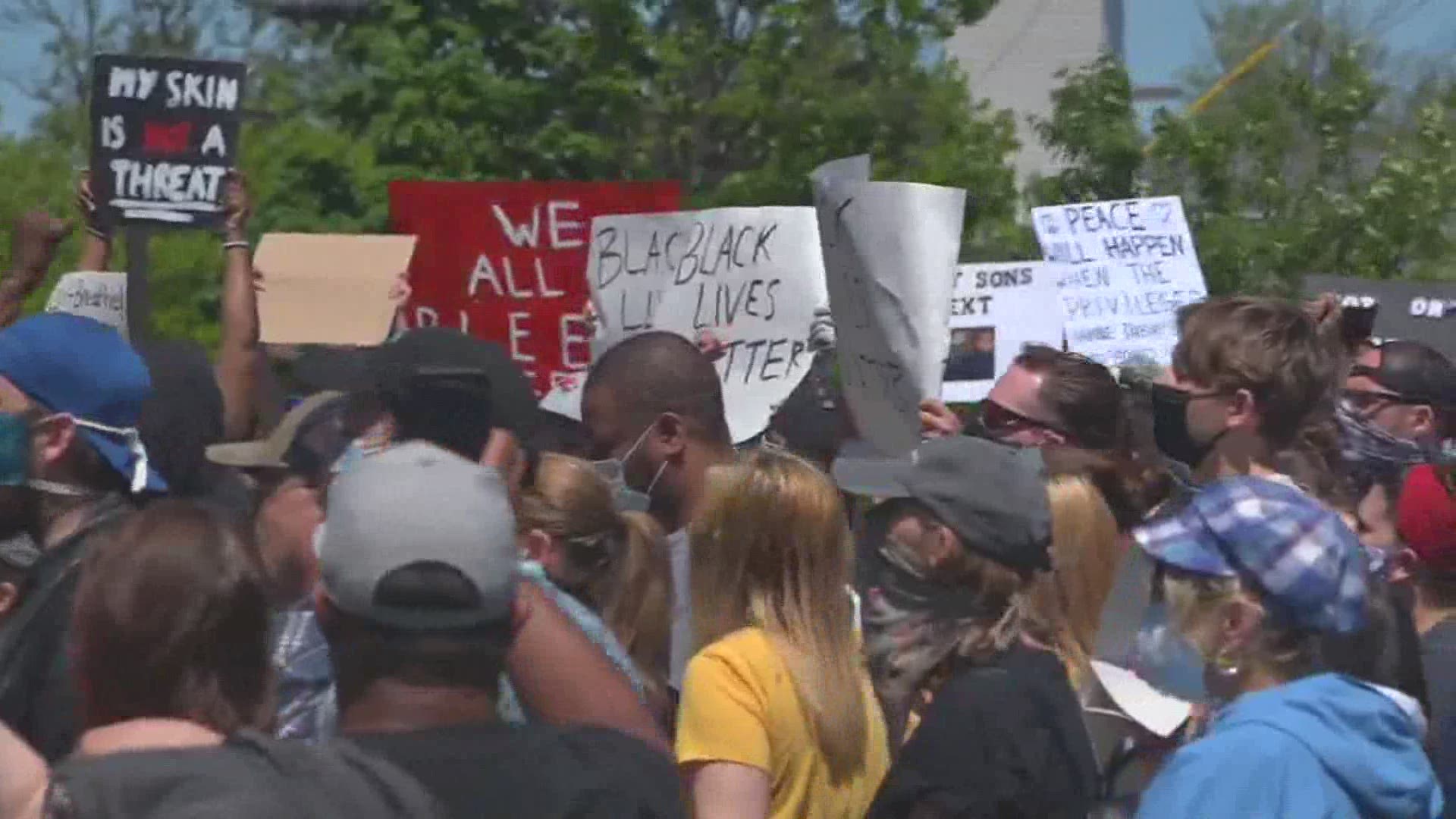