Fire crews are evaluating whether anyone was in the home where the fire initially broke out. Albert Street in east Toledo is blocked off. 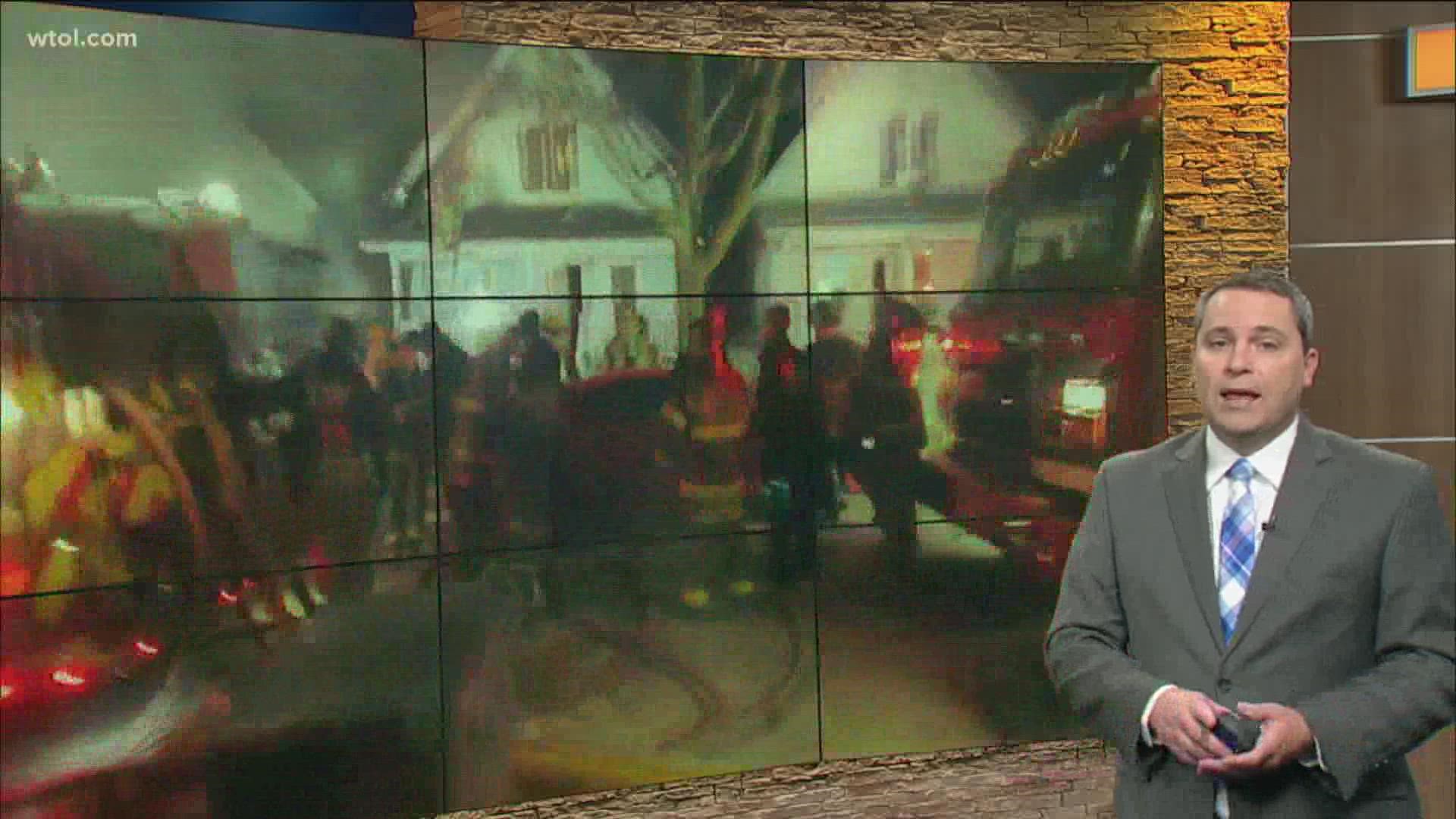 TOLEDO, Ohio — Three houses were ablaze on Albert Street in east Toledo early Wednesday morning, and fire crews plan to be on the scene for a while as they evaluate the aftermath.

The fire started in the 1000 block of Albert Street. The caller who reported the fire around 6 a.m. said the porch was on fire.

The neighboring homes on both sides were damaged, though all people got out of those homes without injury.

TFD said crews still are evaluating if anyone was living inside the initial home that caught fire. Neighbors told WTOL 11 they don’t know anyone who lived there.

Three homes were on fire on Albert Street between East Broadway and Willard. The house where the porch was on fire was left charred in the front.

Crews plan to be out on the scene for a while to assess. The Red Cross is on scene assisting those who are affected.

1 / 5
WTOL 11
Toledo Fire and Rescue Department personnel were called out to a fire on Albert Street between Broadway and Willard on Nov. 24, 2021.

BREAKING: @ToledoFire is working a fire on Albert Street. Two homes next-door were impacted, everyone in the neighboring homes made it out safely.

It’s unclear if anyone lives inside the home that was initially on fire @WTOL11Toledo pic.twitter.com/ZROrBZTUiZ