Playing the 'long' game isn't easy. Michigan's Carl Emerson and Anthony Woodring would know, as they each hope to win the USA Mullet Championship. 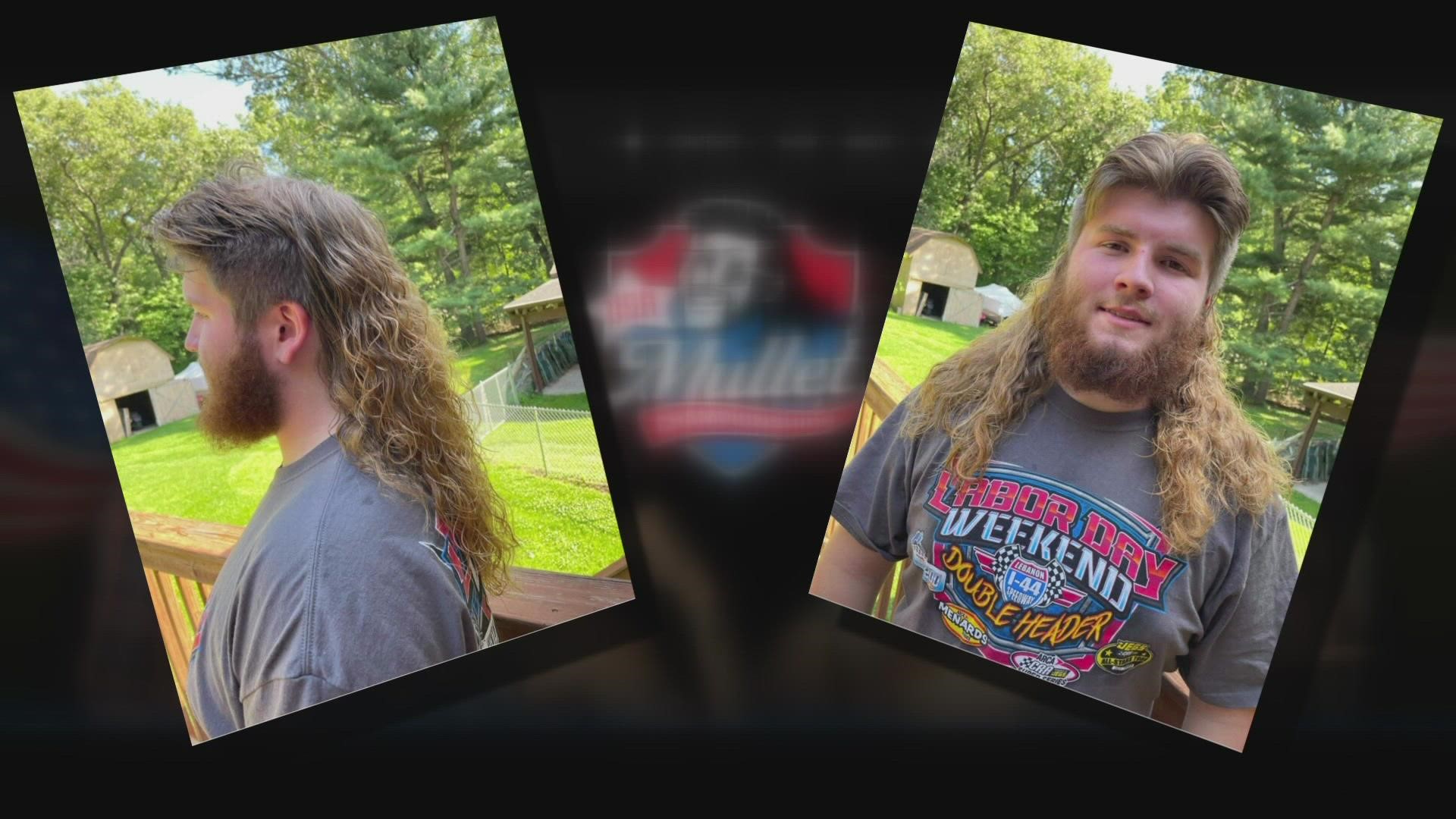 We're talking about mullet haircuts, which involve being short on the sides and long in the back.

It's time to add Carl Emerson and Anthony Woodring to the list.

Both Carl and Anthony are representing the state of Michigan in the USA Mullet Championships after recently becoming Top 25 finalists.

"I started growing my mullet a couple years ago," said Woodring, 18, who graduated last spring from Muskegon Oakridge High School. "I'm a hockey player and that's what hockey players do - grow mullets."

He says people keep asking him if he's going to cut it off and he keeps having to respond by saying, "Nope."

In July, Woodring discovered that there was a national championship for mullets and he immediately considered joining.

"It was a $5 entry fee, along with two mullet photos," Woodring said. "When I saw that there were nearly 200 entrants from across the United States, I never thought I'd have a shot."

Well, he's got a shot. Woodring was informed on Friday, Aug. 13 that he'd made the Top 25 mullet finalists.

"I was shocked," Woodring said, regarding his advancing in the competition. "This is very exciting."

Woodring isn't the only mullet from Michigan to qualify for the Top 25. Carl Emerson, who lives in Clarkston (which is about 45 minutes northwest of Detroit), also has a shot at the title.

Credit: Carl Emerson
Carl Emerson from Clarkston, Mi. is among the Top 25 finalists for the USA Mullet Championships.

"I don't know what it is about the mullet," said Emerson, 40, who entered the competition for a second straight year. "I think [the mullet] is a sign of confidence and maybe a little bit of craziness."

Emerson says he found out he'd advanced to the Top 25 when his name was announced on national television.

"It was the last day of the competition and they gave two of the votes to celebrities," said Emerson. "Mario Lopez from Access Daily, and played A.C. Slater on 'Saved by the Bell', picked me and announced my name."

Both Emerson and Woodring feel they possess the winning mullet.

"All you have to do is scroll down [on the website] and look for the guy with the Dale Earnhardt 3 on the side of his head," Emerson said. "If I can get enough people behind me, I think we can pull this out."

"There's a lot of good-looking guys competing in this thing," added Woodring. "But I think my mullet is looking pretty good."

Nationwide online voting begins Thursday, Aug 19, and will wrap up one week later (Thursday, Aug. 26). People are allowed only one vote per email/IP address per day.

The overall mullet champion will receive $2,500, with additional prizes set to be given to the second and third place finishers.

Half of the money from the entry fees will be donated to help support awareness for Veteran's mental health.